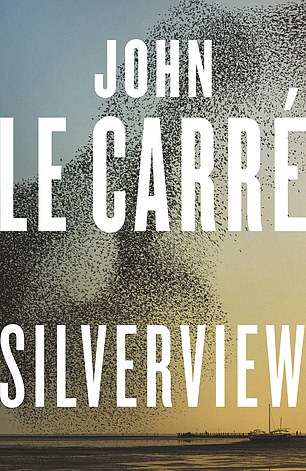 The 26th and final book from the master of the British espionage novel is published on what would have been his 90th birthday.

It centres on two former spies — Edward Avon and his wife Deborah — who have settled in a small seaside town ‘perched on the outer shores of East Anglia’, where they live in Silverview, a large house filled with secrets.

Edward is a Polish émigré recruited to the world of spooks. Deborah, who is dying, is determined to take her secrets to the grave. In particular she wants to keep them from her husband, even though the couple were theoretically on the same side.

Enter a former City high-flyer, Julian Lawndsley, who has retired to run a small bookshop, and who falls under Edward’s spell.

This is a lyrical, poignant portrait of betrayal in a family that lives in a world submerged in subterfuge, and resonates with le Carré’s exquisite genius. It is to be savoured gently rather than devoured.

In the wake of her husband Bill’s venture into thrillers, former U.S. Secretary of State Hillary Clinton teams up with gifted Canadian novelist Louise Penny to write a remarkable contemporary one, which throws the world of geopolitics and its shadowy consequences into high relief.

A new president in the White House has appointed a female political opponent, Ellen Adams, to the post of Secretary of State, even though she lost out to him in the race for the nomination.

Her tenure does not begin auspiciously, with a failed trip to South Korea, but suddenly there are three massive and deadly explosions in London, Paris and Frankfurt.

Who is behind them? Is an American target next? The President demands to know. Adams is convinced there is a plot that may involve Pakistan, and is racing to find out.

Fast-paced and packed with insider knowledge, it superbly conveys the pressures at the heart of the world’s diplomacy. 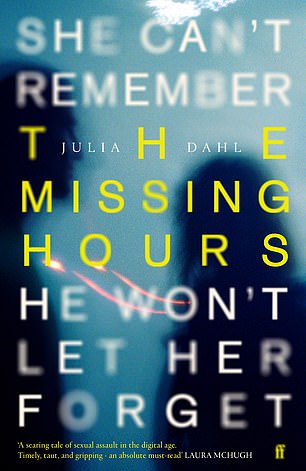 On the surface, New York University undergraduate Claudia Castro has it all — a rich record producer father, a trust fund running into the millions, thousands of followers on Instagram and a role on a reality TV show.

Until one drunken night she has sex with a man, and does not remember who he was, or what happened.

She is mortified. Not knowing what to do or who to talk to, Claudia retreats to her dorm room — while her fellow students are on spring break — only to be consoled by church-going fellow student Trevor.

He senses something happened but is reluctant to press for details.

Then, Claudia goes missing. Has her male attacker — or attackers — returned?

A stunning essay for our #MeToo generation, it is both shocking and gripping.