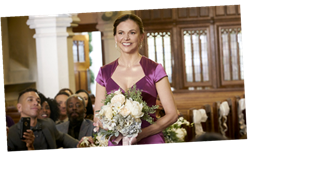 Younger is ending with season 7, and a premiere date has officially been set.

The half-hour comedy series, led by Sutton Foster, will officially kick off its final season April 15 on Paramount+ with the first four episodes. The remaining episodes will drop weekly.

It will later premiere on TV Land, where it’s called home for six seasons, following its Paramount+ debut.

The news of the final season was made official during ViacomCBS’ investor presentation Feb. 24, and shouldn’t come as a surprise as cast members haven’t been quiet about the end of Younger.

“With Younger, Darren Star has done it once again, creating a generational defining series that has captured millions of fans who are craving more, and we are excited to pay that off with the final season on Paramount+,” said Chris McCarthy, President of MTV Entertainment Group in a statement last month.

Foster, along with series creator Darren Star, sat down for a minute-long video, released Wednesday, to tease the final chapter.

“We’re looking forward to taking fans on one last roller-coaster ride this season,” Star teed up, with Foster chiming in, “What a ride it’ll be. We’re bringing all the emotion and all the laughs and all the drama that define Younger, and have made it the success that it is.”

The 30-second promo opens with Foster’s Liza lamenting that she “doesn’t want to lose this feeling.” Meanwhile, Hilary Duff’s Kelsey is in distress as she dramatically exclaims, “Everything that we’ve worked for, it’s gone!”

“Accept the past, embrace the present and keep moving forward,” Liza closes out the promo. Watch the teaser below.