Y The Last Man: What happened in the first episode?

Based on the acclaimed graphic novel series of the same name by Brian K. Vaughn and Pia Guerra, the show takes place in a post-apocalyptic world where a mysterious event has wiped out every mammal with a Y chromosome, except one cisgender man, Yorick Brown (Ben Schnetzer).

The first episode, titled The Day Before, explores exactly what it says on the tin.

Want to refresh your memory? We’ve got your back with a recap of what went down.

The show kicks off with the United States in ruin. Planes have fallen out of the sky. Cars have piled up on motorways. New York City is gridlocked with bodies of men lining the streets. Death and destruction are everywhere.

But, out of the chaos emerges Yorick and his pet monkey Ampersand. 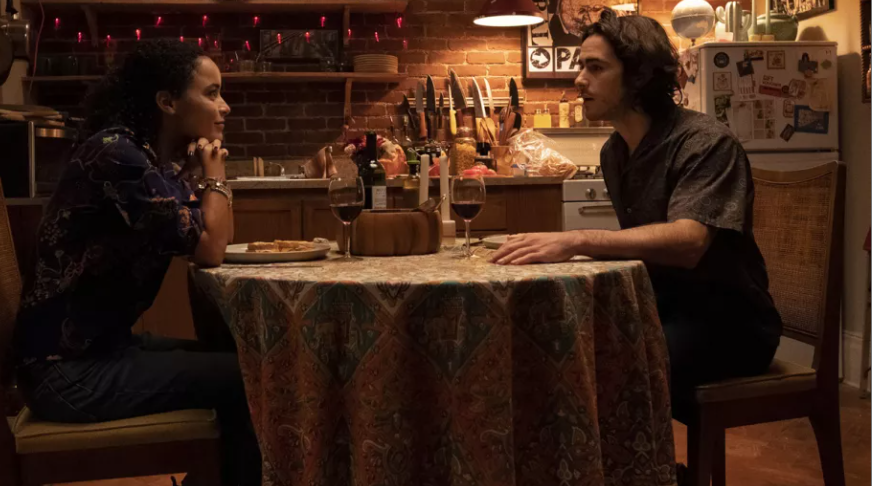 The drama then goes back to the day before, with wannabe escape artist Yorick attempting to get out of a straitjacket and failing miserably. In later scenes, he interrupts his sister Hero’s AA meeting to ask for money so he can propose to his girlfriend Beth. The proposal doesn’t go to plan and Yorick is rejected, with Beth leaving his apartment before her scheduled trip to Australia.

Elsewhere, Yorick’s mother Jennifer (Diane Lane), a US Congresswoman clashes with the President after it is revealed she called him a misogynist on television. The pair later chat in private about her comments, with the leader offering to ‘work together’ with Jennifer.

Yorick’s sister Hero is revealed to be a paramedic who is having an affair with one of her colleagues. The pair get steamy in the back of an ambulance, with her lover claiming he’s left his wife and child for her. Hero soon discovers this is a lie as the girlfriend texts to ask when he’ll be home and if he can pick up nappies. As she learns this, he sees a stray dog approach the vehicle and start vomiting blood. Hero then confronts him about lying and the pair get in a domestic with Hero accidentally killing her co-worker in a fit of rage.

In Oklahoma, a woman who is later revealed to be Agent 355 (Ashley Romans) builds a bomb for a group of domestic terrorists and detonates it before being whisked away by a man in a car, who reveals her next assignment is to go undercover as a Secret Service agent working in the White Horse.

The following morning, Hero emerges from the ambulance to find men dying left, right, and centre. As agent 355 begins her role in the White House, the President’s nose starts bleeding before he collapses on the floor and dies.

It seems as though all the men are dead until Yorick appears back on screen having been rudely awaken by his pet monkey.

Hearing the screams and chaos outside, he looks out his window, and the end credits roll.

The second episode, Would the World Be Kind, is set to arrive next Wednesday and will see President Jennifer Brown respond to the crisis.

‘Yorick fears he may be the only survivor,’ the synopsis teases. ‘Hero attempts to right a wrong.’

Y: The Last Man is streaming now on Disney+ in the UK with new episodes releasing weekly on Wednesday.