The popular singer’s brother Benjamin, his wife Sharon and their four young children were lucky to be alive yesterday after their home burned to the ground. 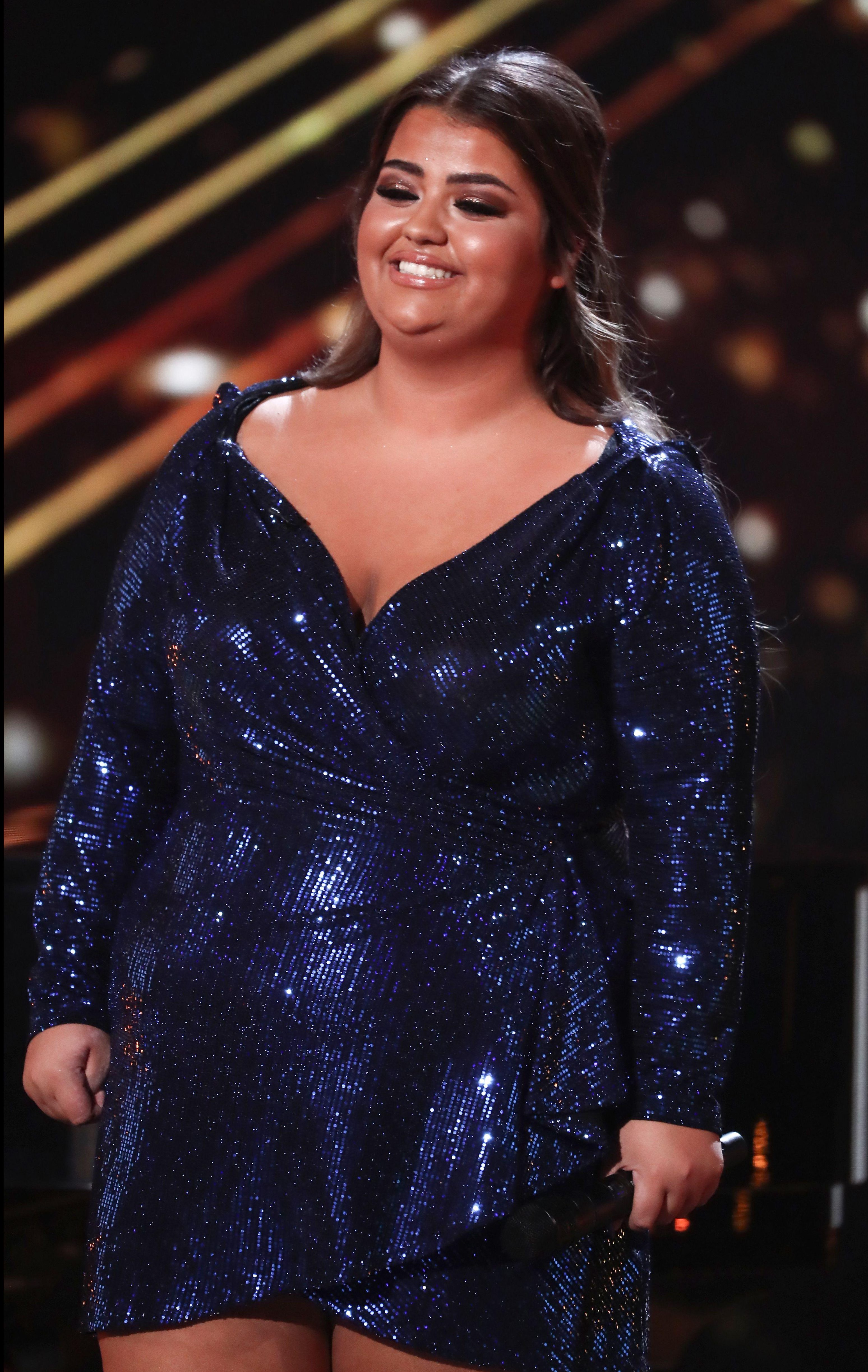 The dad — who was treated in hospital suffering from smoke inhalation — was forced to escape with his family through the windows of their mobile home as the flames took hold.

Devastated Scarlett, who is being mentored by Simon Cowell, is thought to have been in her neighbouring caravan when the blaze took hold at around 7.30am near Epsom, Surrey.

The make-up artist took to Instagram in the midst of the fire, asking her new fans: “Please can everyone keep my family in their prayers. God knows the situation.”

The fire — which neighbours described as “terrifying” — is believed to have been started by an electrical problem. It took six fire crews more than four hours to put out and left only charred remains. 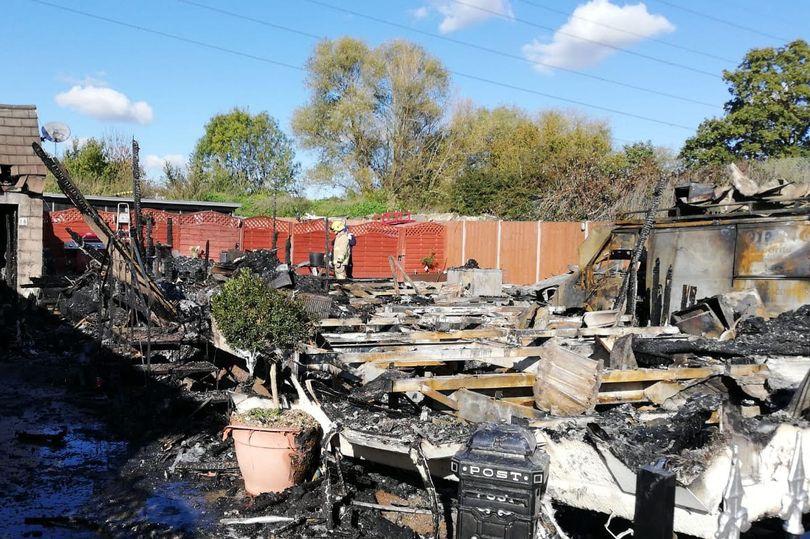 A source said: “Scarlett has been terribly upset. It’s come as a real shock to both her and her family.

“It’s beyond devastating for everyone. They’re all so thankful that no one was seriously hurt but Scarlett’s brother Ben was taken to hospital after breathing in smoke.

“Scarlett’s taken time away from rehearsals this week to be with him and the rest of her loved ones who, according to fire crew, are all lucky to be alive. 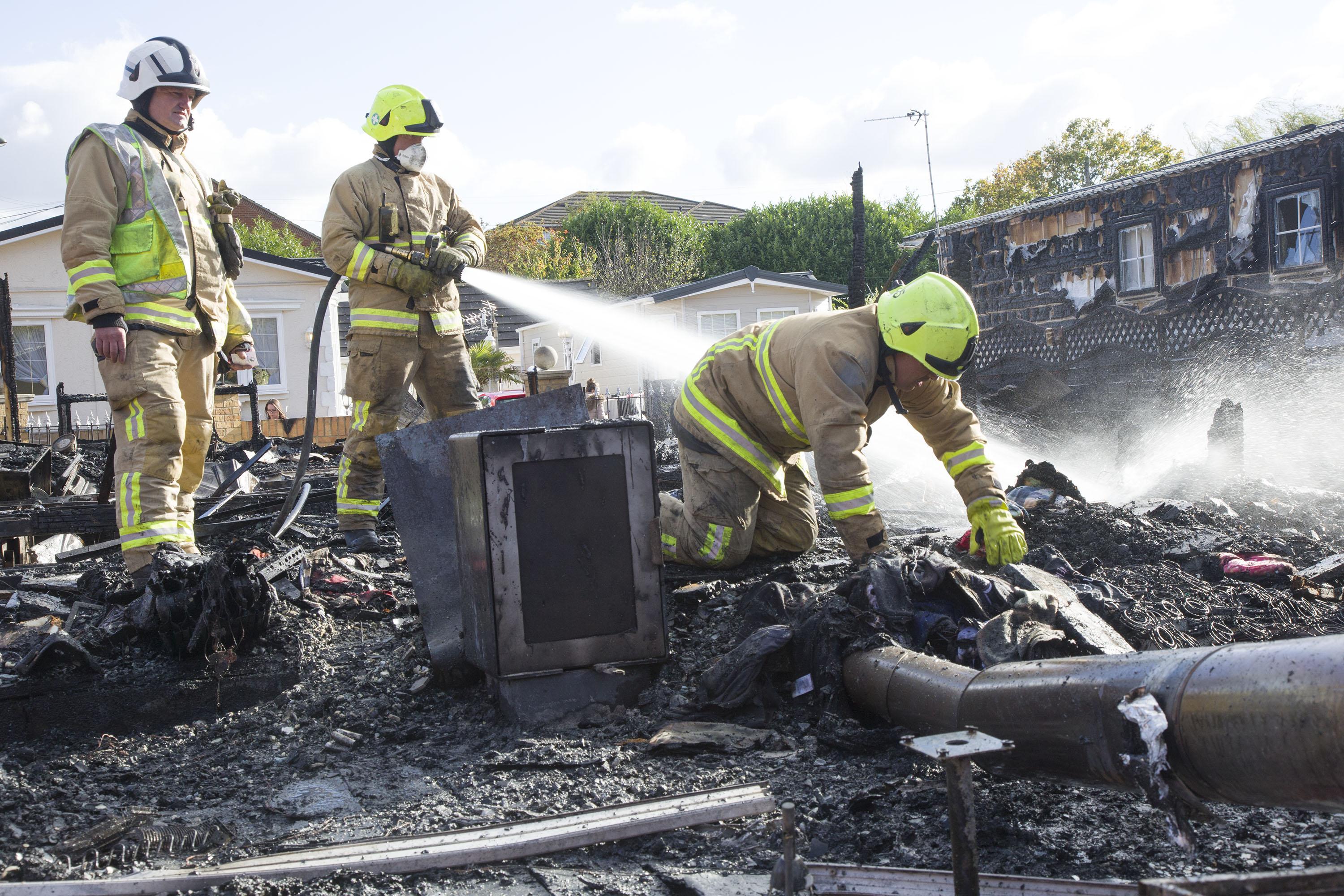 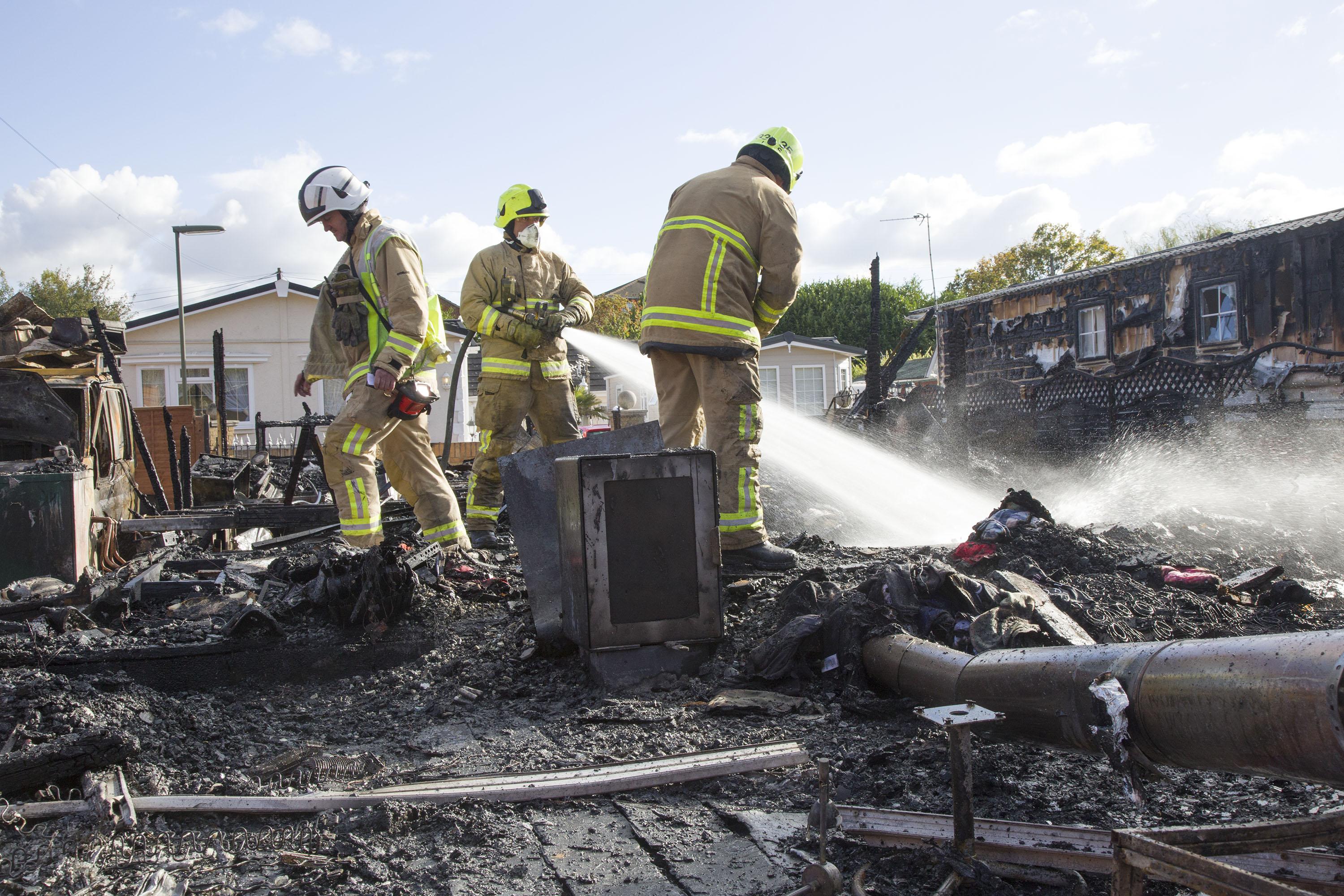 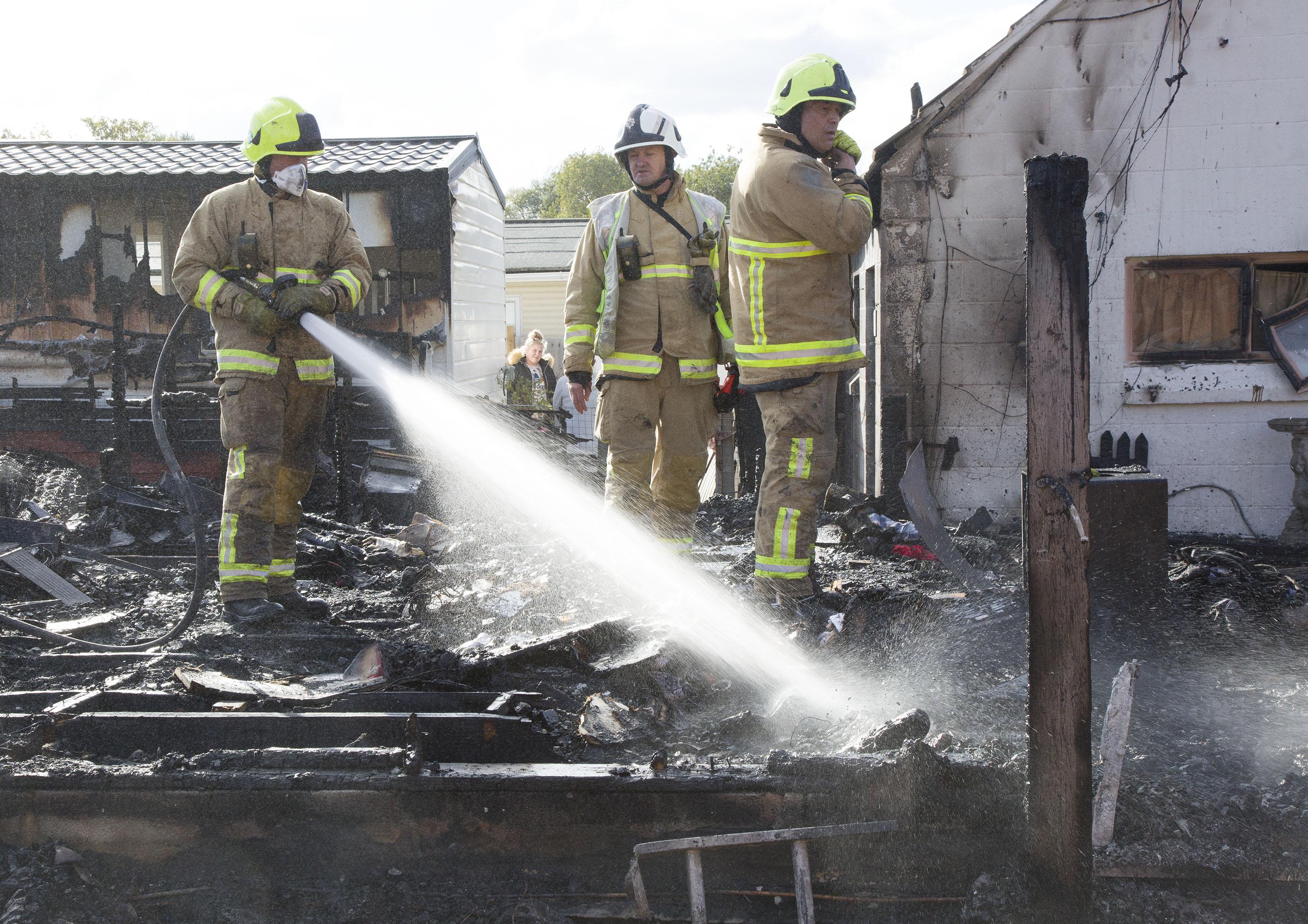 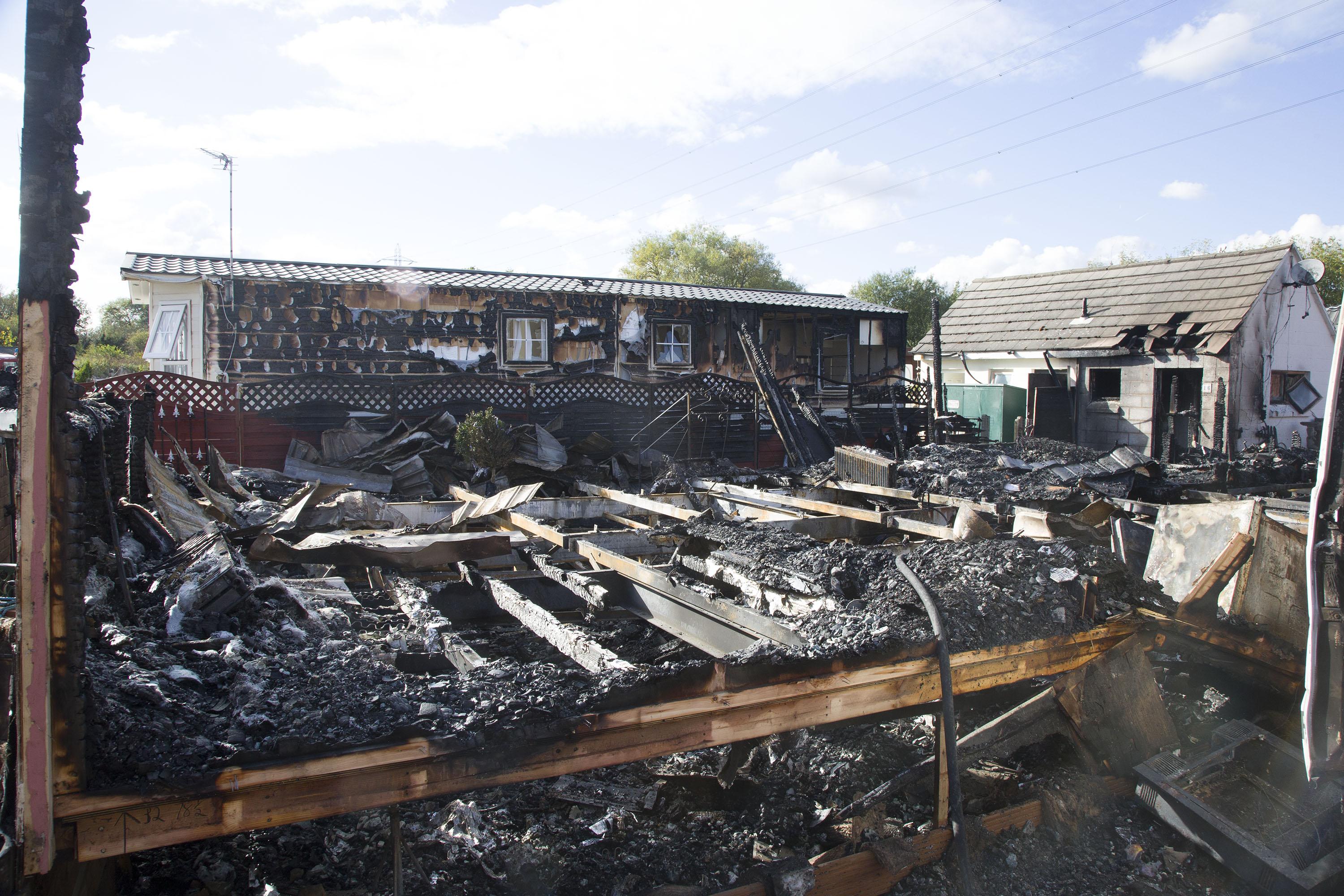 “They have been left with absolutely nothing from the blaze, with firefighters only able to recover a few photographs from the wreckage.” 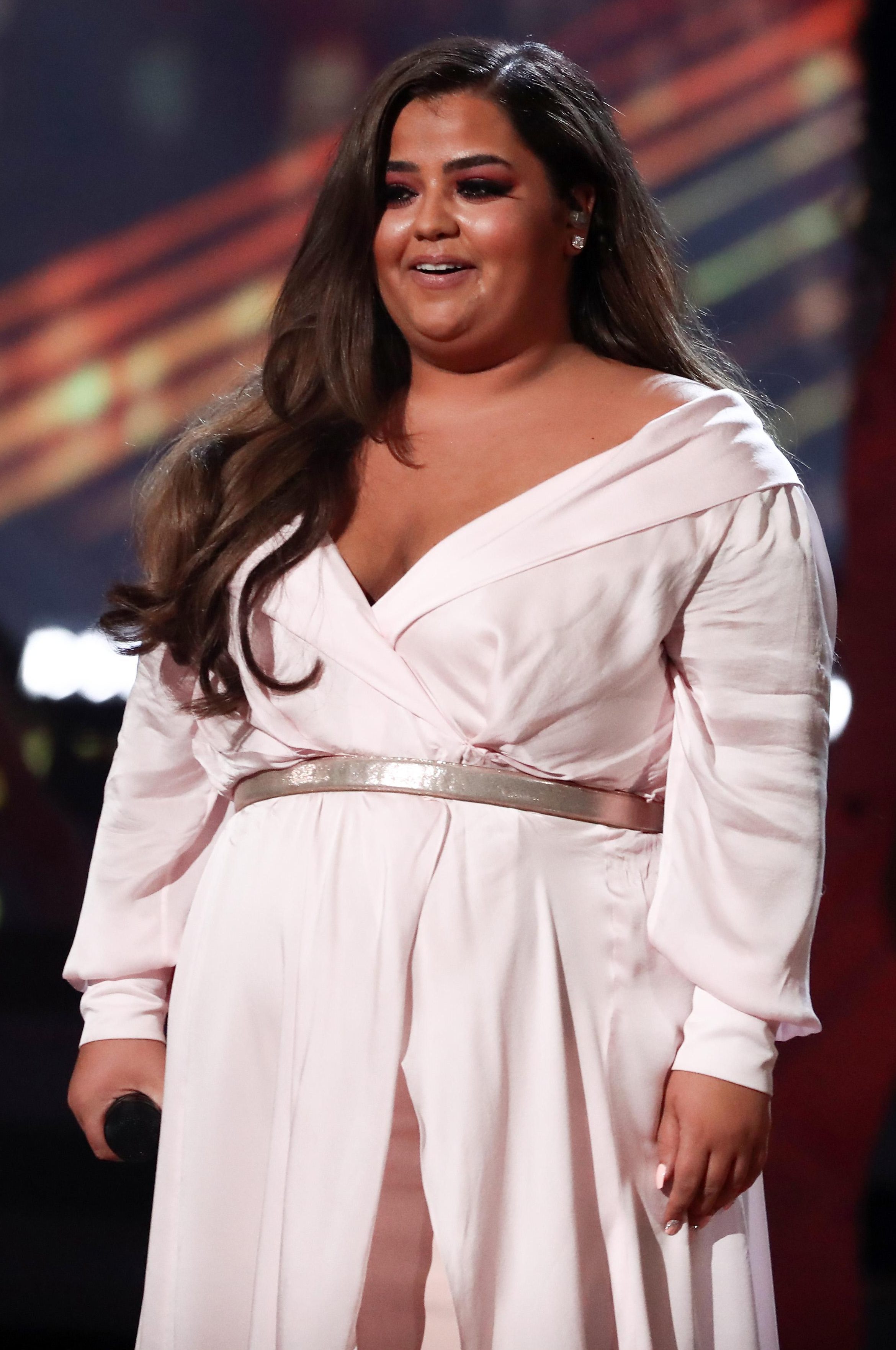 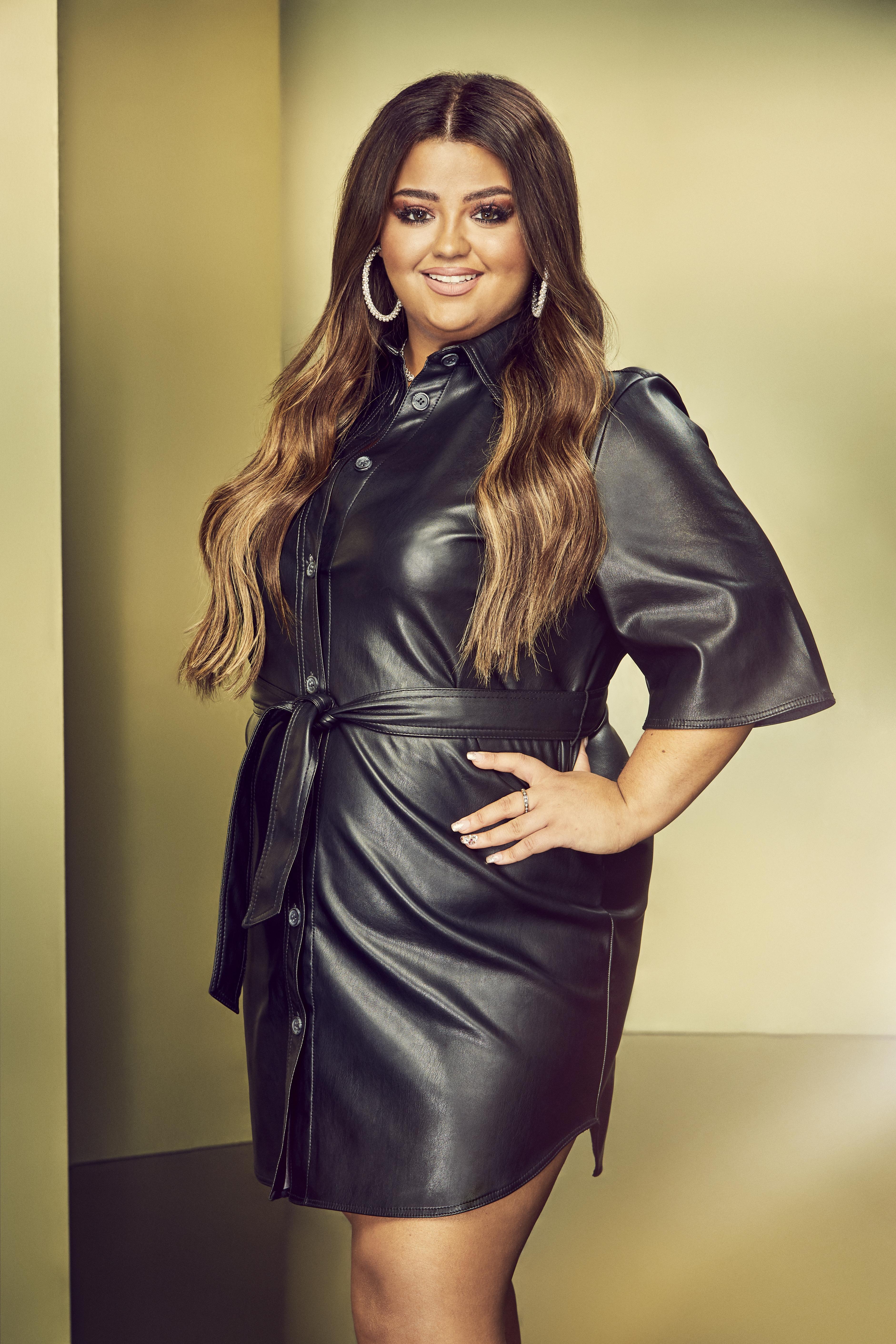 READ ON FOR MORE OF SIMON BOYLE'S BIZARRE COLUMN

IT’S easier to keep up with the Kardashians than Cardi B these days.

The US rapper debuted yet another dramatic new look on Sunday with orange hair for Power 105.1’s Powerhouse NYC gig in the big Apple. And Cardi kept it regal as she headlined the bash, which also featured G-Eazy and Lil Uzi Vert, by wearing all gold with tassels. 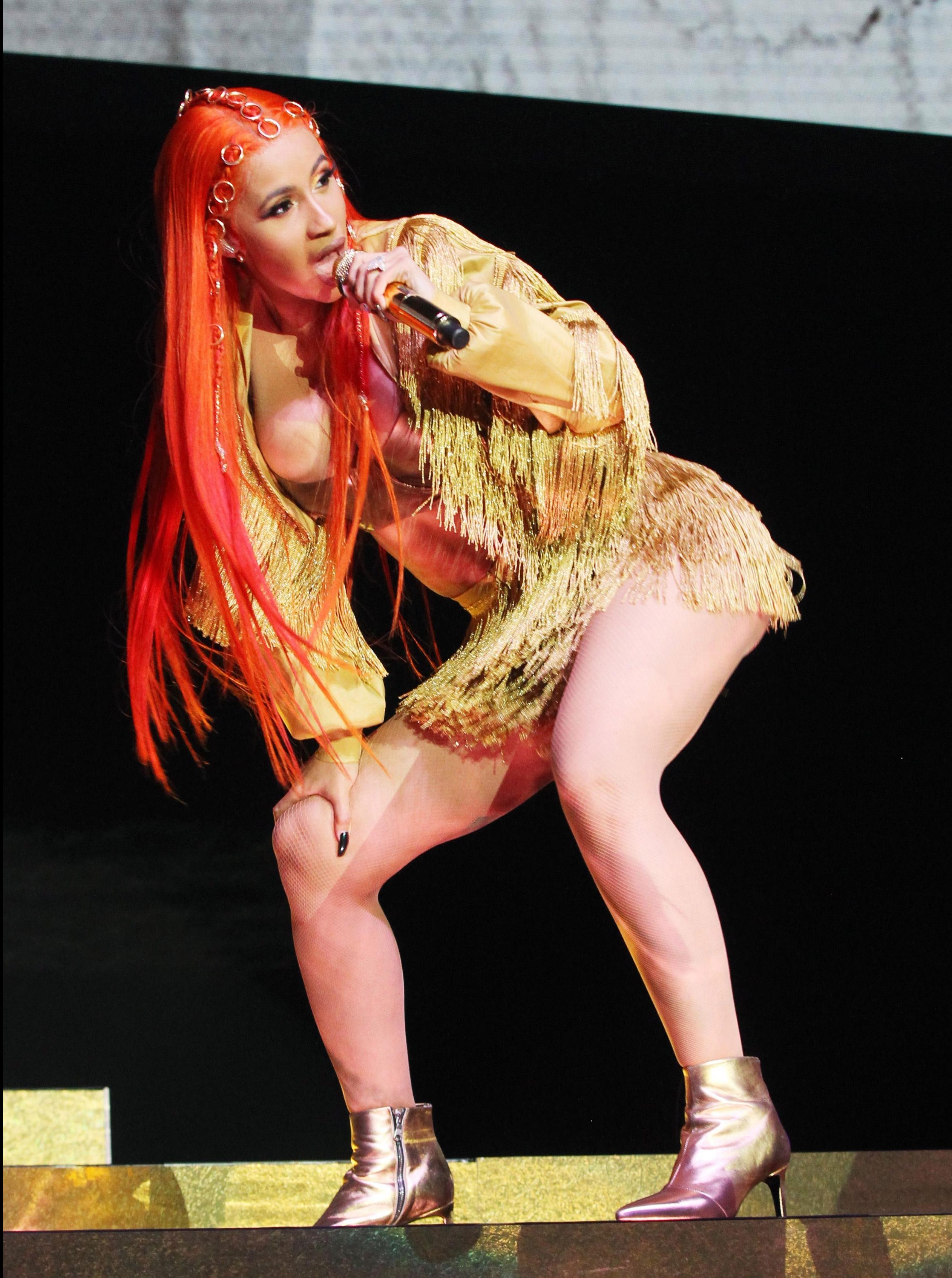 She wrote on Instagram: “Ya asking why I’m beefing with a fan base but ya not asking why someone with so much influence would use their influence to manipulate their fans to spread so much negativity and hate.”

This will run and run…

NAO that's a winner for Stormzy

He turned up at a playback for her new album Saturn, released on Friday, and said he is a huge fan.

She explained: “We don’t really know each other. We’ve never hung out, so he’s actually just a fan. He’s such a lovely person and he’s been playing my music and tweeting about it.

“He came up afterwards and was saying he felt I was brilliant – I sound like I’m gassing myself up – and that more people should know about me.”

Now she could feature on his upcoming project. She teased: “It should happen, I hope so.”

She’s on to a winner with Stormzy. 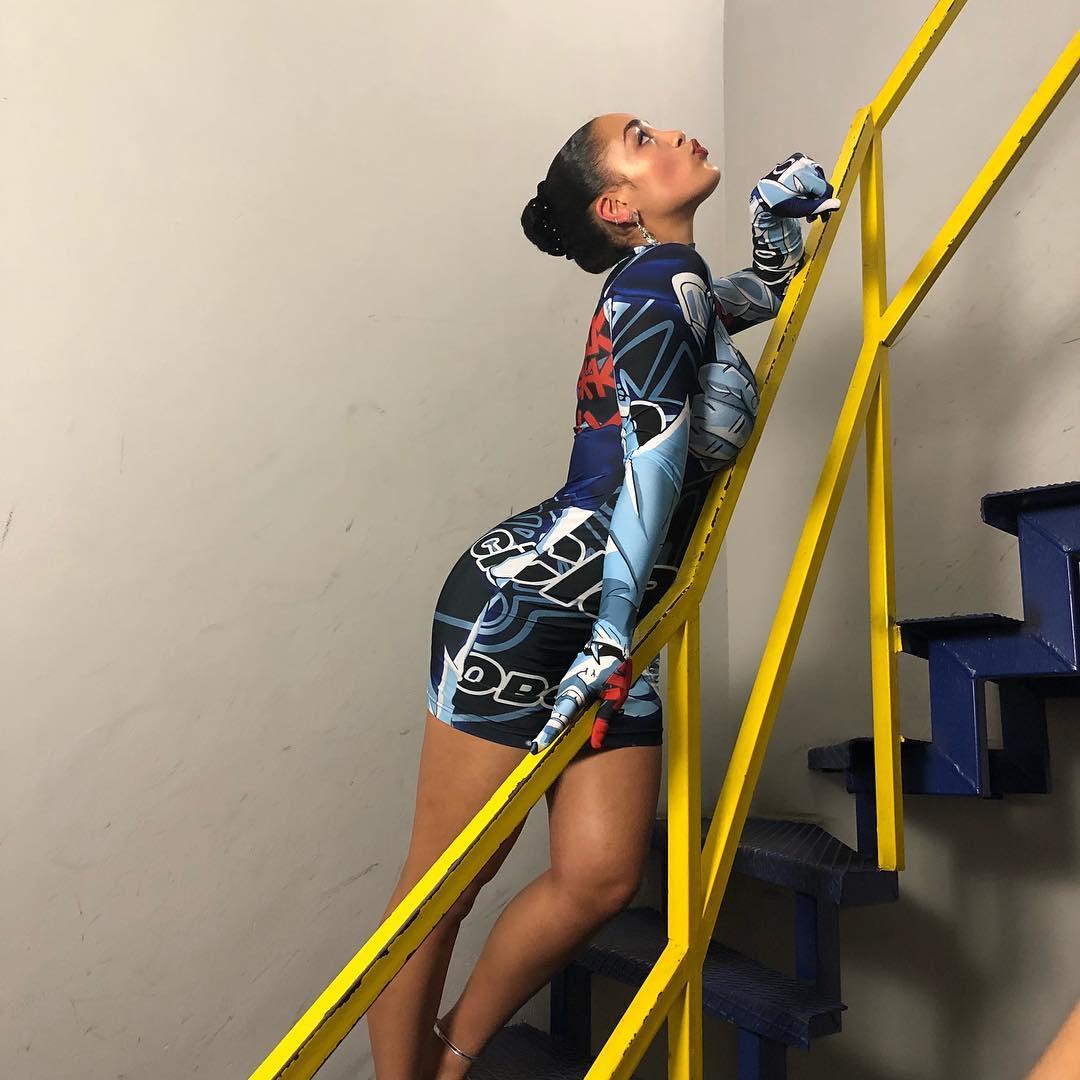 LENNY Kravitz’s daughter Zoe has got engaged to American actor Karl Glusman. After revealing that he proposed in Paris in February, she said: “I haven’t told the world. I wanted to keep it private.”

A new focus for Noel's girl

NOEL Gallagher will be able to save a few quid when the time comes to shoot his next album cover – by getting his daughter to do it.

Anais, who has made a name as a teenage CBBC presenter and model, is shunning show-biz to become a photographer instead. 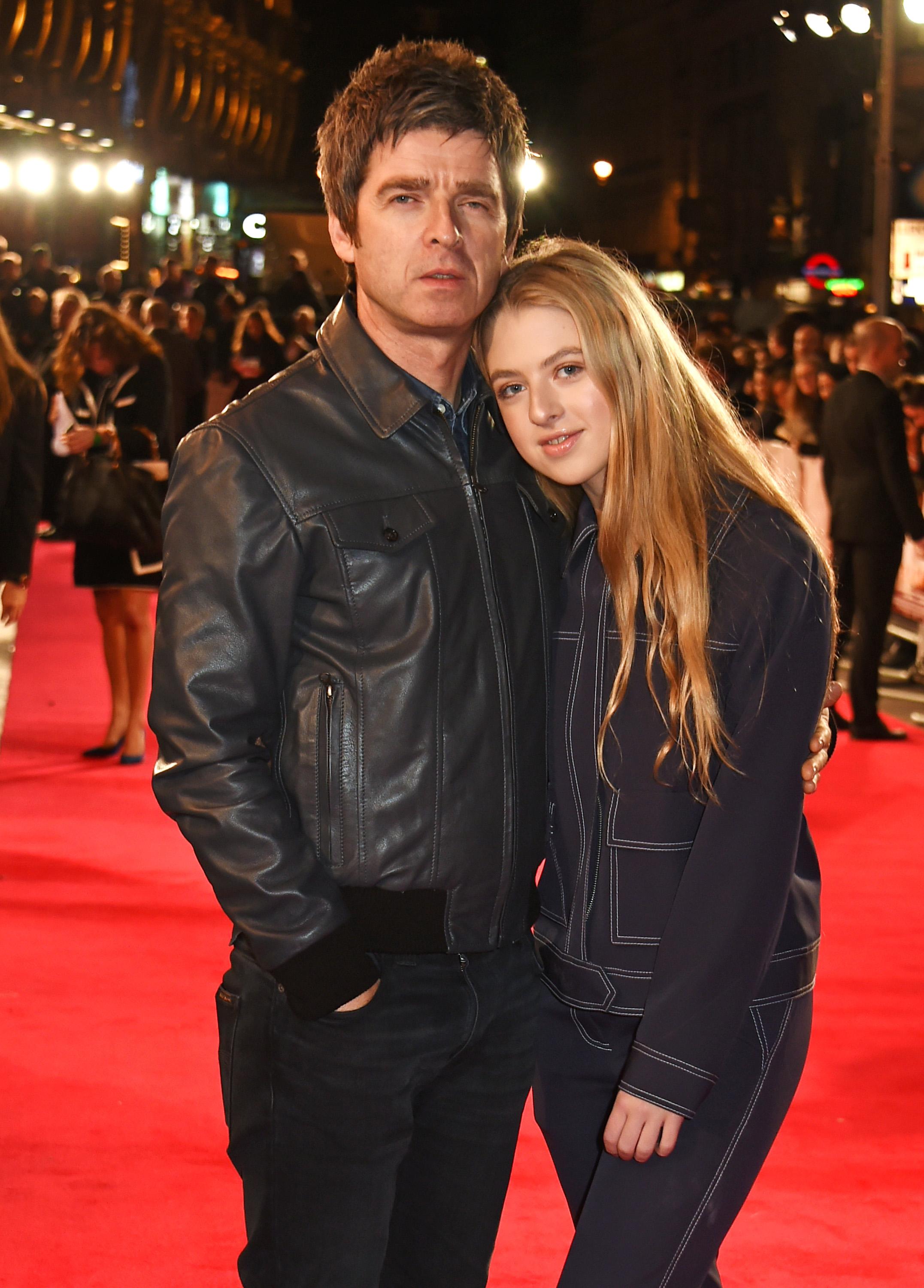 She has enrolled in a course at Camberwell College of Arts in South London and is several weeks into her studies.

In an exclusive chat, she said: “I’m just powering on with university and putting most work on hold at the moment so I can focus on my photography studies.

“I’m not sure particularly what I want to do yet but I’m trying to go down that route.”

It is in stark contrast to her cousin Gene Gallagher, son of her uncle Liam, who I revealed last week was launching his three-piece band Grimmo.

Anais, pictured with Noel and his daughter with Meg Mathews, is not the first celeb child to decide on a career with a camera – Brooklyn Beckham springs to mind, and there is a link between them.

Anais said: “We went to college with each other so I know him quite well but we’re not really good friends.

“I went to his exhibition as well and I thought it was really good.”

She hasn’t inherited her dad’s love for a showbiz row then.

AFTER a 45-year career, KISS have announced the UK dates for their final tour, End Of The Road. They will play in Birmingham, London, Manchester, Newcastle and Glasgow next July, with tickets going on sale this Friday at 10am.

Moaning about her husband on her reality show Keeping Up With The Kardashians, Kim said: “Kanye wants to have more. He’s been harassing me. He wants, like, seven.”

CHART-TOPPING superstar Ed Sheeran is swapping stadiums for a tiny venue. He will play a one-off gig at London’s Islington Assembly Hall for fewer than 1,000 fans on November 16. Tickets to the show are only available through on-air competitions on Hits Radio next week.

GARY Barlow will be going head-to-head with David Attenborough and Stephen Fry for this year’s Audiobook Of The Year gong at the 2018 National Book Awards. Zoe Ball will be hosting the bash, at The Royal Institution in central London on November 20.

ANDREA Bocelli is on track for his first No1 album with Si. It is 2,500 combined sales ahead of its closest competitor, Jubilee Road by Tom Odell, another new entry, which is set to land at No2 in Friday’s charts. Andrea, the opera star’s last record of original songs, came out in 2004.