The X Factor‘s Robbie Williams was joined by guest judge David Walliams this evening (October 13) as Robbie re-auditioned the Group category at his Hollywood mansion.

Walliams – traditionally an actor/comedian/writer – made quite the entrance, dancing his way out into the swimming pool area joined by a backing group of similarly wackily-dressed performers.

Walliams is also a judge on Britain’s Got Talent, but his credentials for assessing genuine musical ability was brought into question by fans of The X Factor.

Some viewers were expecting a music industry bigwig, and questioned whether Walliams was qualified to help decide who goes on to the live shows. 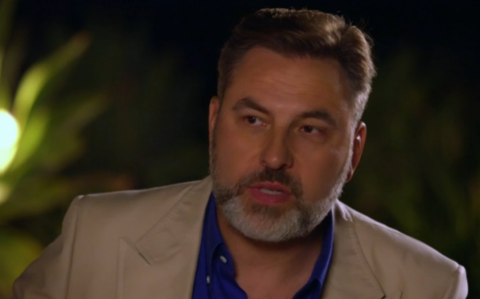 Walliams’s recent TV work hasn’t been particularly favourable amongst viewers, with 2017’s The Nightly Show being cancelled after just one series.

Ant and Dec sneakily referenced The Nightly Show‘s lack of success on social media recently, after Walliams posted a sarcastic message on Twitter about their regrettable fashion choices during their PJ and Duncan years.

Meanwhile The X Factor live shows are not far away. Did your favourites make it through to the Judges’ Houses?