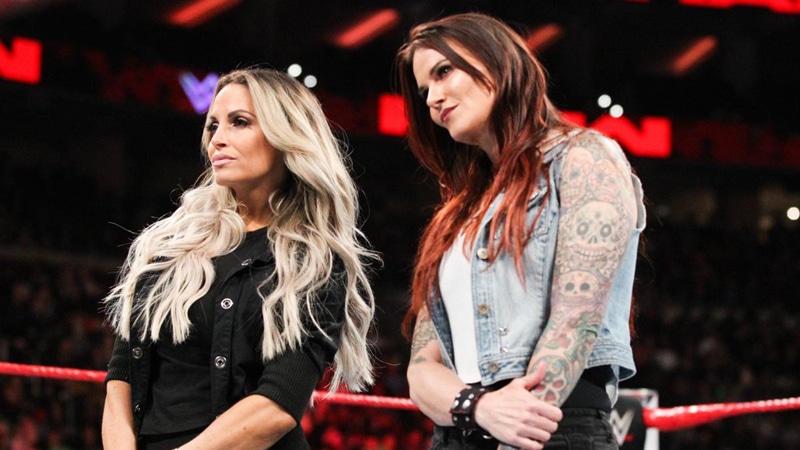 The WWE has given fans looking forward to WWE Evolution some bad news today.

One of the most anticipated matches was supposed to see Trish Stratus and Lita come out of retirement and team up to battle one of their legendary opponents Mickie James and one of today’s greatest heels in Alexa Bliss.

However, a huge injury last weekend at a WWE Live house show has changed that match.

Alexa Bliss took a shot to the head in a match last weekend and suffered a concussion. As a result, Bliss has been pulled from this match and her replacement is a huge downgrade.

The new match for WWE Evolution will see Trish Stratus and Lita battle Mickie James and Alicia Fox with Alexa Bliss at ringside.

Expect Trish and Lita to win and Alicia to likely take the pinfall loss.

The WWE set up the match on Monday Night Raw but waited until they were sure that doctors would not clear Alexa Bliss to return to action until they made the announcement.

Trish and Lita were doing an interview backstage when Alicia Fox showed up and made fun of them. Mickie James then attacked them and the two worked together for the beat down.

This also isn’t the first time the WWE has changed this match. Originally, it was Lita vs. Mickie James and Trish Stratus vs. Alexa Bliss. Thankfully, they changed it into a tag match before the Bliss injury because no one wants to see Trish Stratus vs. Alicia Fox.