Brian James has undergone tests on his heart and kidneys 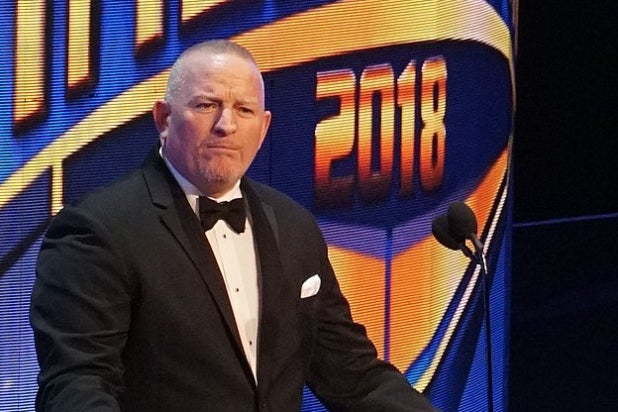 Brian James, known to wrestling fans as WWE Hall of Famer Road Dogg, was hospitalized on Saturday after suffering a heart attack, according to his wife.

In a Facebook post, Tracy Conant James said that her husband, age 51, suffered a heart attack on Thursday after returning home from WWE’s training center in Orlando, Florida, where he works as a producer and trainer for the promotion’s developmental program. She said that James has undergone kidney tests, which “came back clear,” and is scheduled to undergo heart tests on Monday.

“Just please pray all the test [sic] come back for something we can fix,” she wrote. “I am a total wreck but I’m trying so hard to be positive! Please pray for Brian.”

As Road Dogg, James is best known to wrestling fans as a member of the Attitude Era stable D-Generation X alongside Triple H and Shawn Michaels, both of whom now work with James at WWE’s training program. Road Dogg became a six-time WWE Tag Team Champion alongside fellow DX member Billy Gunn, performing under the tag team name The New Age Outlaws. James and other members of DX were inducted into the WWE Hall of Fame in 2019.

Wrestlers posted their well-wishes to James on social media. “Brian was incredibly good to me & my brother early in our careers,” wrote AEW wrestler Matt Hardy, who performed against the New Age Outlaws in the late 90s. “Hoping for good news & a speedy, healthy recovery.”