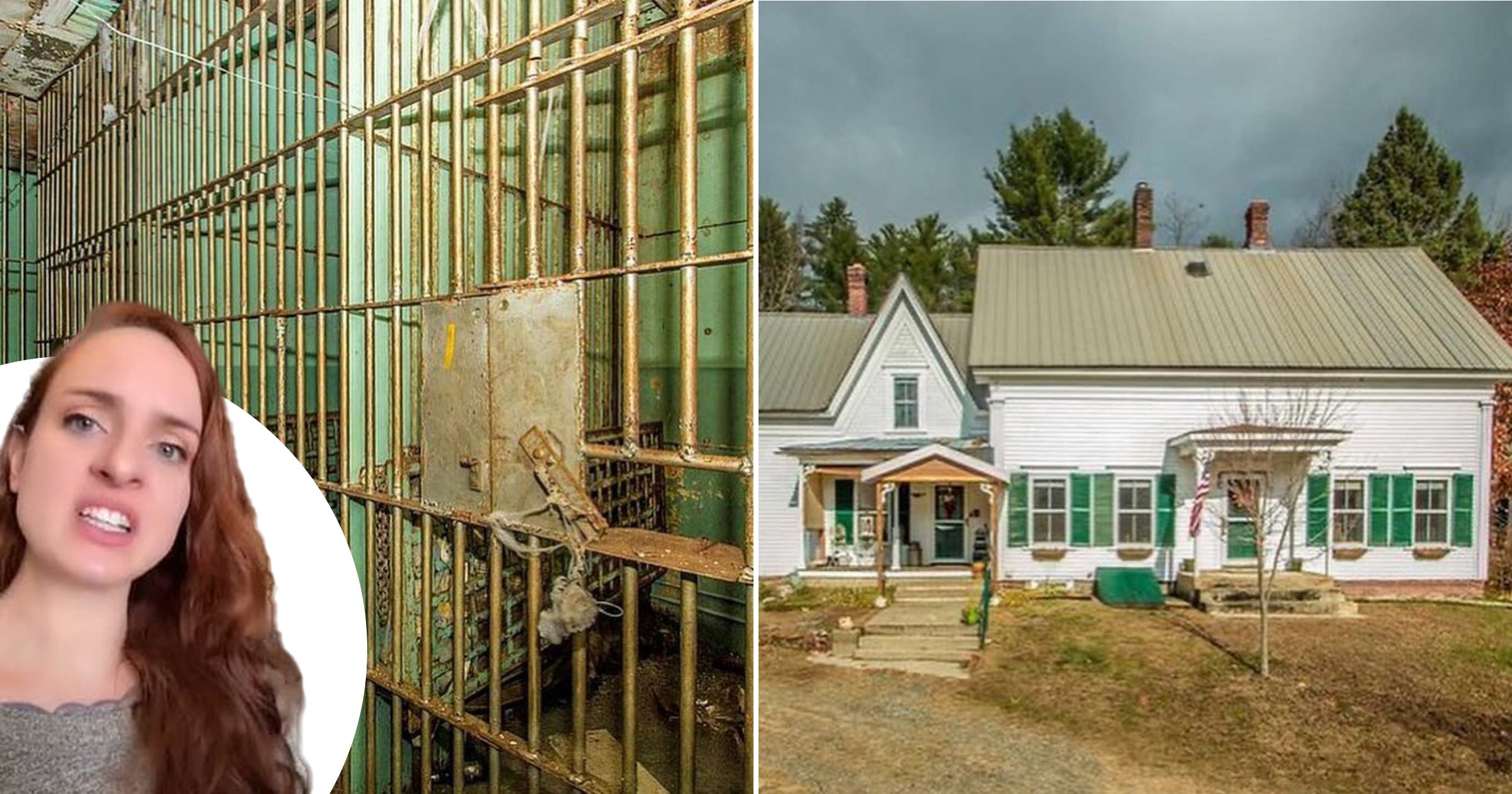 A property listing has gone viral after a woman discovered that it contained a prison in the basement.

TikTok user @Angelikaisanerd found the strange property on Zillow where it is described as a ‘historic home built in 1880’ with ‘so much character throughout.’

However, no reference to the jail is made until later in the description when it is mentioned that its roof has been repaired.

It reads: ‘The main house served as the jailer’s residence and attached to the north wall of the house is the former Essex County Jail (discontinued in 1969).

‘The jail still exhibits the prison cells with barred windows & the jailer’s office. Bring your own ideas on what this wing could be!’

Interiors wise, the house has a welcoming and cosy feel with a classic good sized kitchen and neutral tones throughout.

The jail, on the other hand, is neglected with green walls and dilapidated cells complete with old beds and toilets.

Angelika, who posted about the house on social media, said she was terrified by the finding.

‘Urgh, this house is so creepy,’ she said. ‘So I was looking up weird houses because that’s something I do sometimes, and I was like ‘how the hell did this one make it to the list?’

She continued: ‘Started going through the pictures, I was like “oh not bad, it’s a little dated but whatevs. Peel off that wallpaper you could make it look real nice”.

‘Until I realised that Satan lives in the basement. What in the serial killer is this?

‘At least it has a bathroom, that needs just a little bit of TLC and that will perk right up, huh? What if the last person that used this toilet didn’t flush, because the condition of this bathroom tells me they may not have.’

Since being posted, the clip has been viewed over 104,000 times and people were equally terrified at the grim house design.

‘That house is definitely haunted,’ said another.

Yet despite the hesitations of some online, it seems the unusual home was a dream for others.

According to Zillow, the house was officially sold on May 2 this year.

Send us an email at [email protected]