Smith wrote about his career in his new autobiography, Will. When listing his biggest musical achievements, he noted that the Fresh Prince of Bel-Air theme song holds a record his singles cannot touch.

DJ Jazzy Jeff and the Fresh Prince won a Grammy for “Parents Just Don’t Understand” off their triple platinum second album, He’s the DJ, I’m the Rapper. Smith had some hit singles himself, too. However, the Fresh Prince of Bel-Air theme song aired every week, and then every day in syndication. 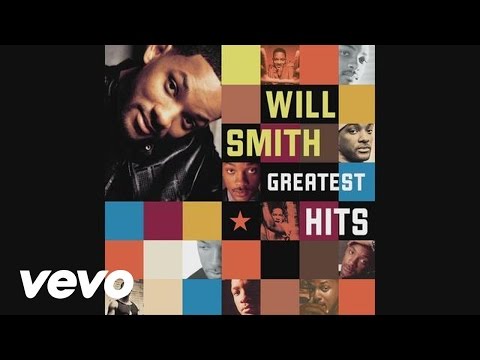 “Over thirty million records sold: ‘Men in Black,’ ‘Gettin’ Jiggy Wit It,’ ‘Just the Two of Us,’ ‘Miami’ and ‘Wild Wild West’ leading the charge,” he wrote. “Not to mention the theme song from The Fresh Prince of Bel-Air, which technically counts as a record. In which case, it’s the biggest rap song in history. But that’s neither here nor there, either.”

There’s no ‘Bel-Air’ theme song in the new show

In 2020, Smith announced he’d been developing a revival of The Fresh Prince of Bel-Air. Bel-Air is based on Morgan Cooper’s 2019 short film imagining the sitcom as a drama. Peacock gave Cooper a two season order for the show.

As a drama, and a 2022 streaming series, Bel Air does not have a theme song. However, it still follows the story laid out by The Fresh Prince of Bel-Air theme song. Will (Jabari Banks) gets into a fight on a Philadelphia basketball court. His mother sends him to Bel-Air to live with Uncle Phil (Adrian Holmes), Aunt Vivian (Cassandra Freeman) and their kids.

Bel Air does work some of Smith’s lyrics into its dialogue. Banks’ Will says, “Got in one little fight, my mom got scared.”

Will Smith retired from rap

Smith used to record a theme song for each of his movies. In the case of Wild Wild West, the song was more successful than the movie. By 2005, Smith released his last album, Lost and Found. He’s released occasional singles, but stopped recording and touring full time.

In part, Smith’s son, Jaden, asked him to choose film over music, as Will shared at the 2004 press junket for I, Robot. Smith’s movie career got busier managing Jaden’s acting career and his daughter, Willow’s foray into music. Besides, he was never going to top The Fresh Prince of Bel-Air theme anyway.