Viola Davis, Elizabeth Debicki, Michelle Rodriguez and Carrie Coon play widows. The husbands leaving them behind were criminals killed on the job and with them took all the money and security the women were in need of and had grown accustomed to (as well as, in cases, an unhealthy dose of abuse). 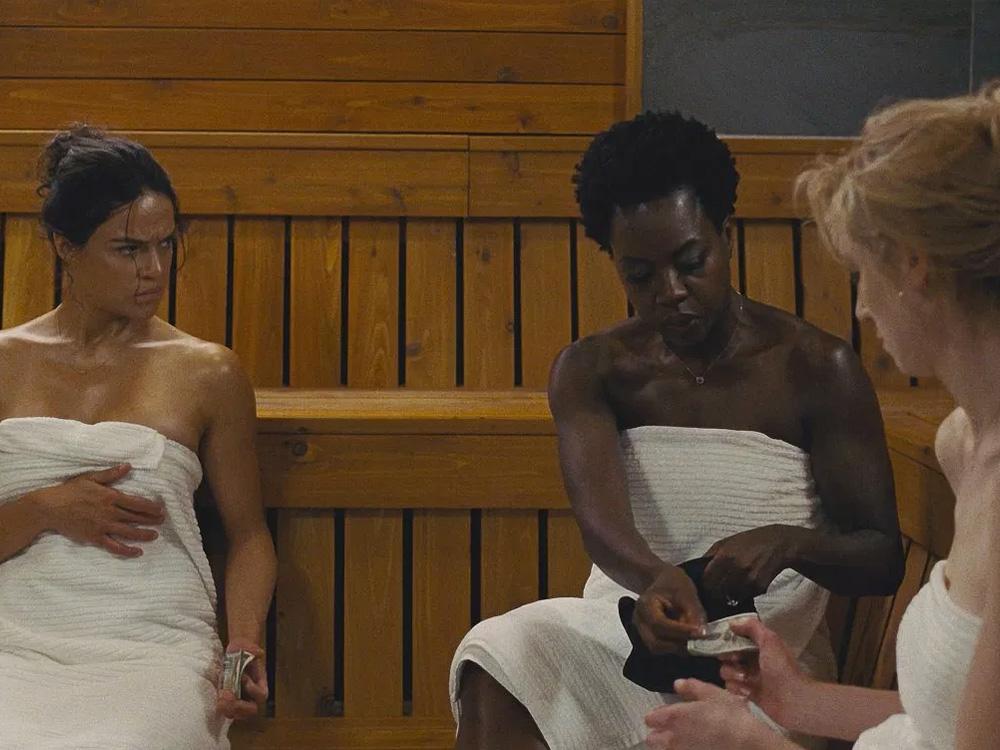 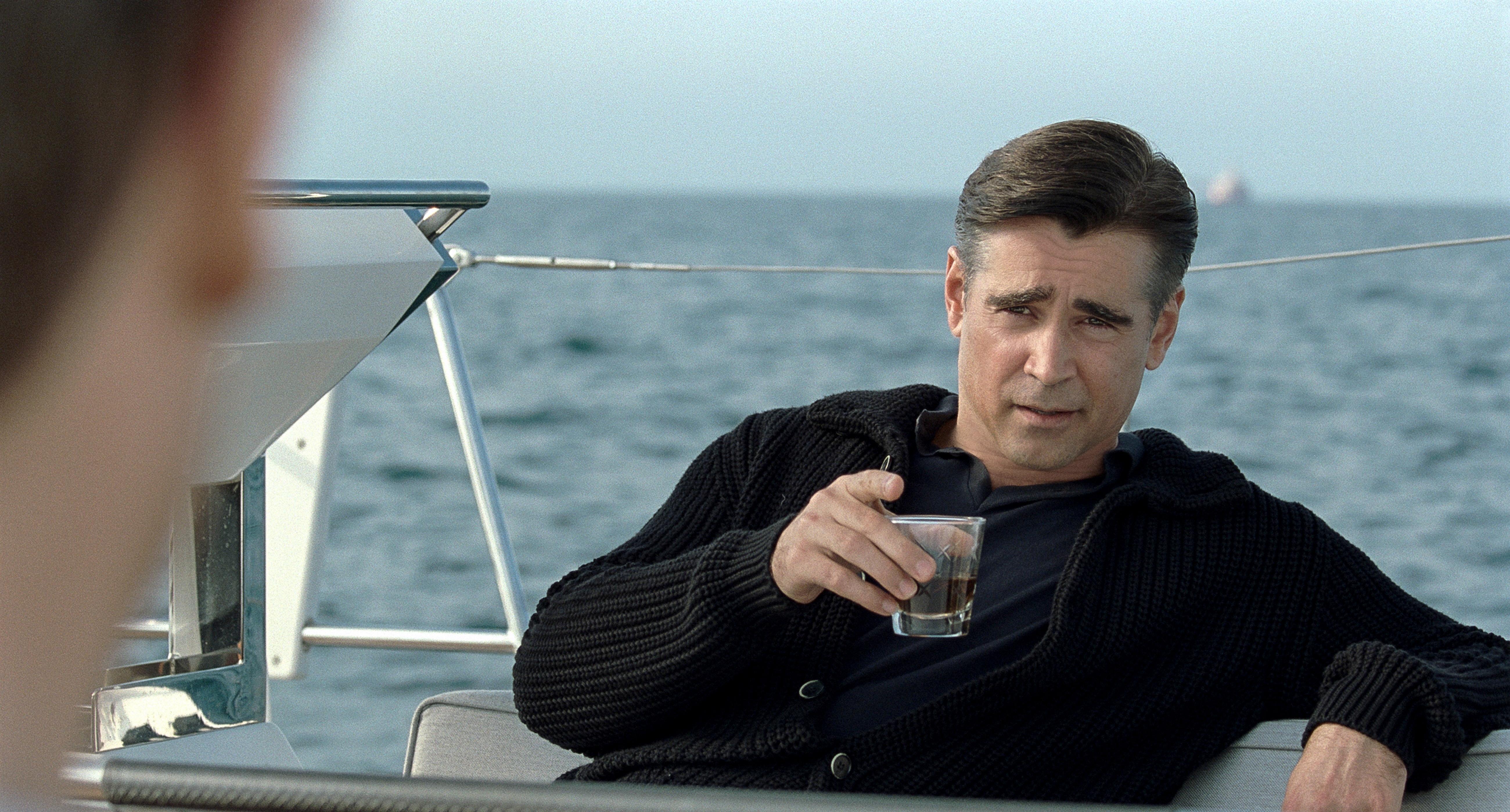 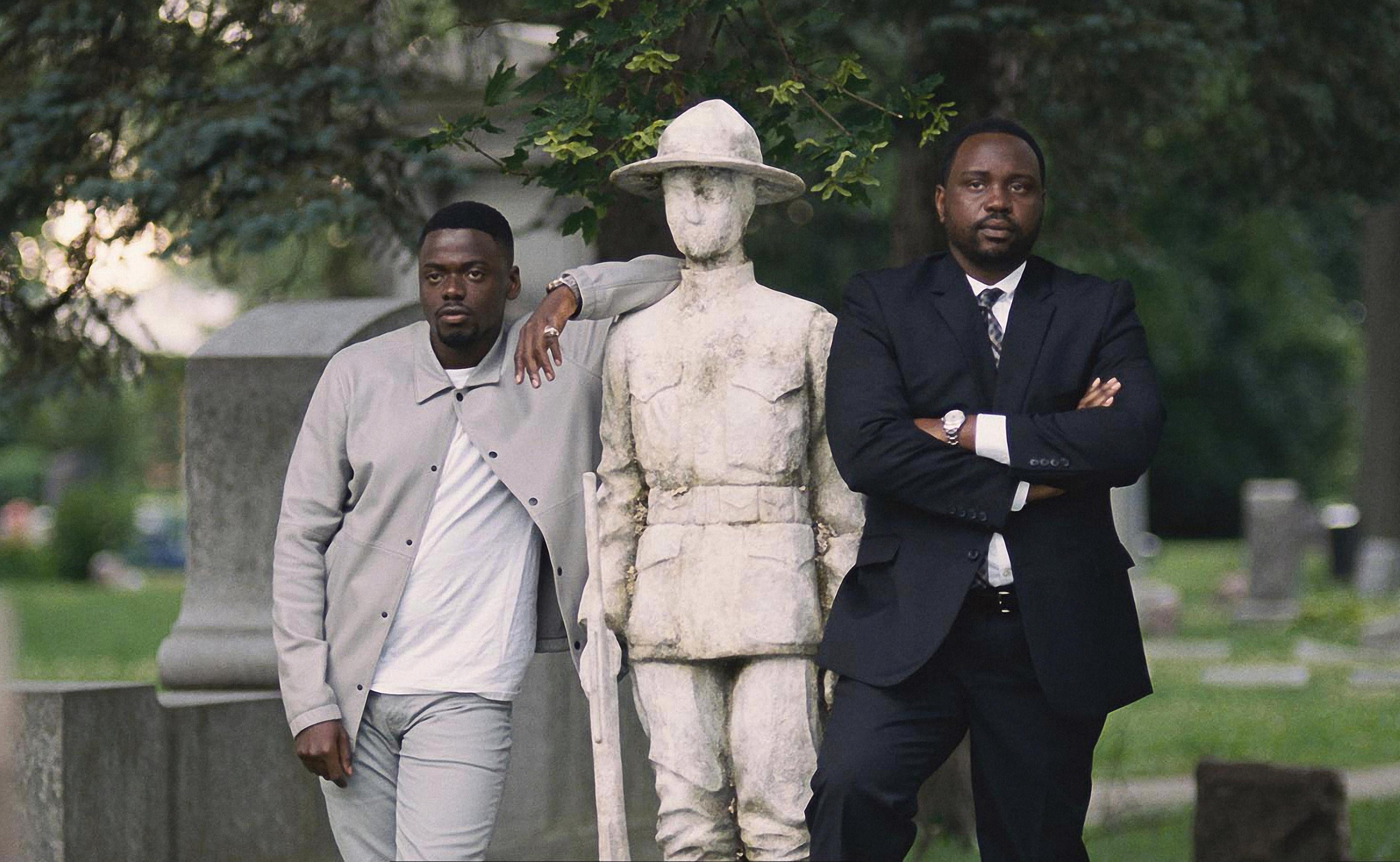 As widow to the gang leader (Evilly played by Liam Neeson reminding us of a decent ability pre-Taken) it falls upon Veronica (Davis) to come up with a plan, courtesy of a notebook left by her late hubby, detailing “one last job”.

Rather problematically, the quest isn’t all for their own gain, as the money that went the same way as the husbands, belonged to wannabe politician/crime boss Jamal Manning (Atlanta’s Brian Tyree Henry) who needs it back to fund his flailing election campaign up against an equally dodgy Father and Son combo played by Colin Farrell and Robert Duvall.

I appreciate that all sounds quite dense and on the face of it you’d be right, there’s a lot going on – we have grief, feminism, politics, class all layered on top of a bloody exciting heist film that others in the genre will be chewing it’s knuckle off to.

Let’s deal with the title first. The grief displayed is palpable and unique to each woman shown in the different funerals and the life they are each left behind (namely crippling debt and a huge sense of “what the hell am I supposed to do now?”) yet no-one, least of all the women, is exempt from the charges McQueen files. Everyone is a little bit sh**ty in this film – there are no heroes here. 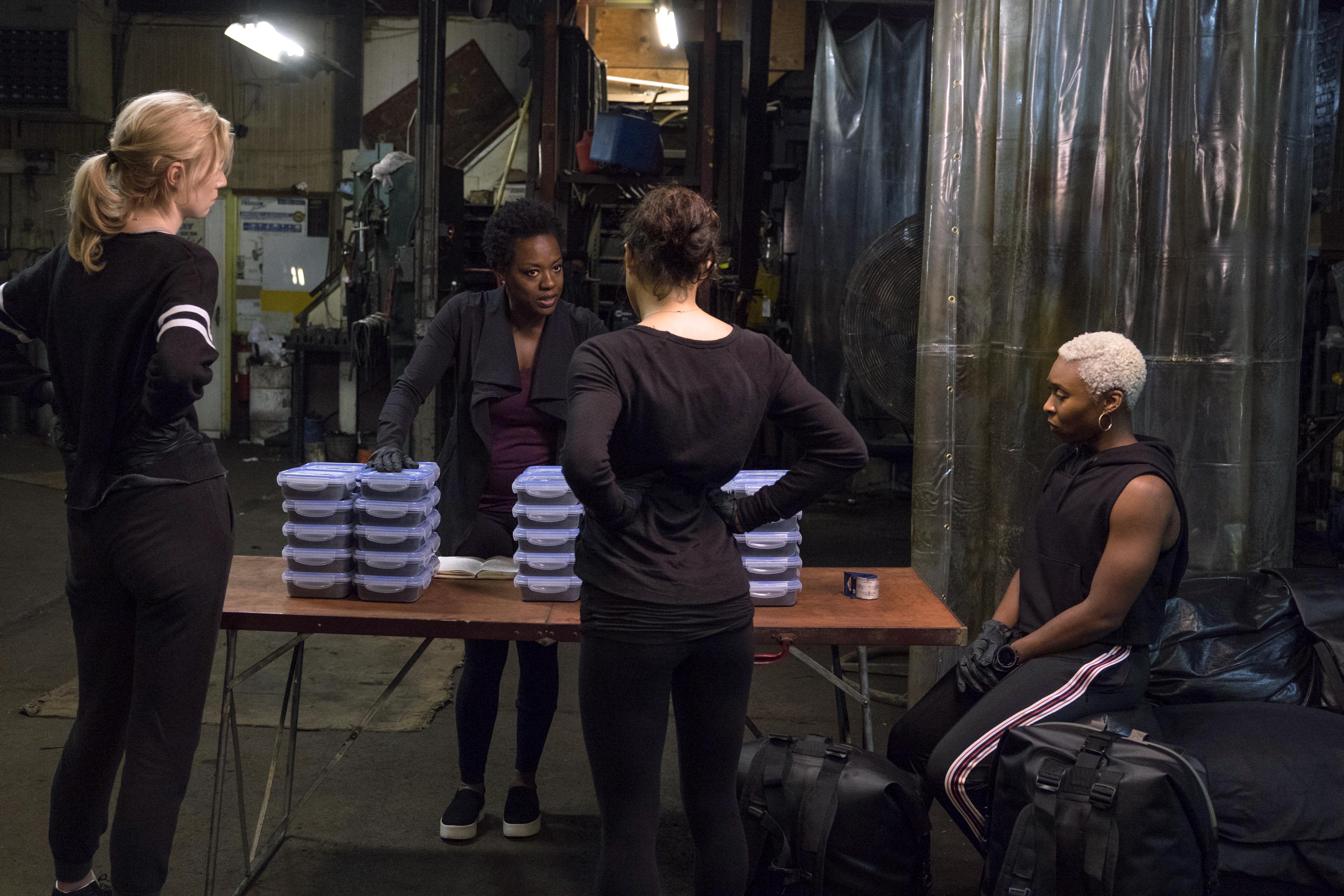 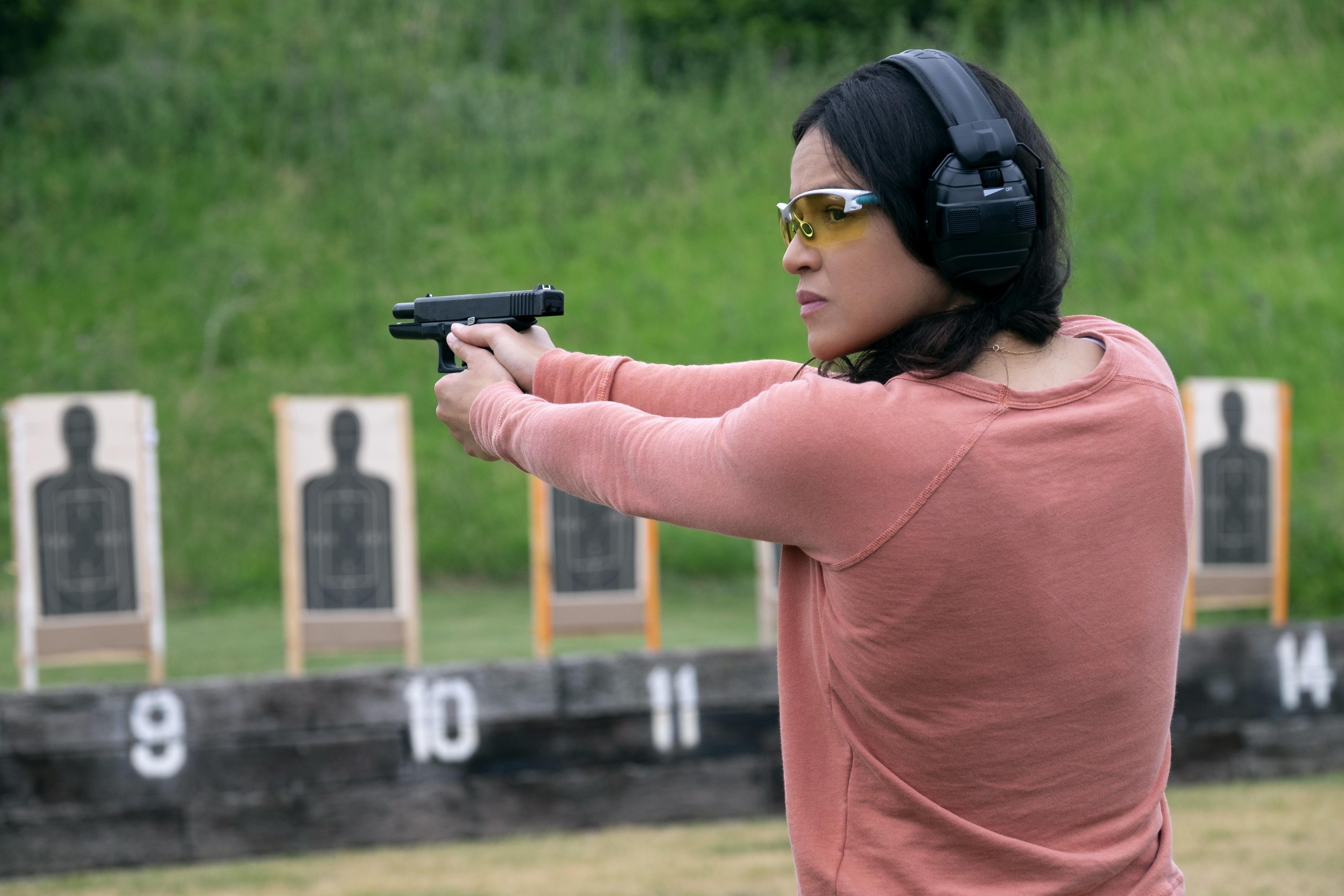 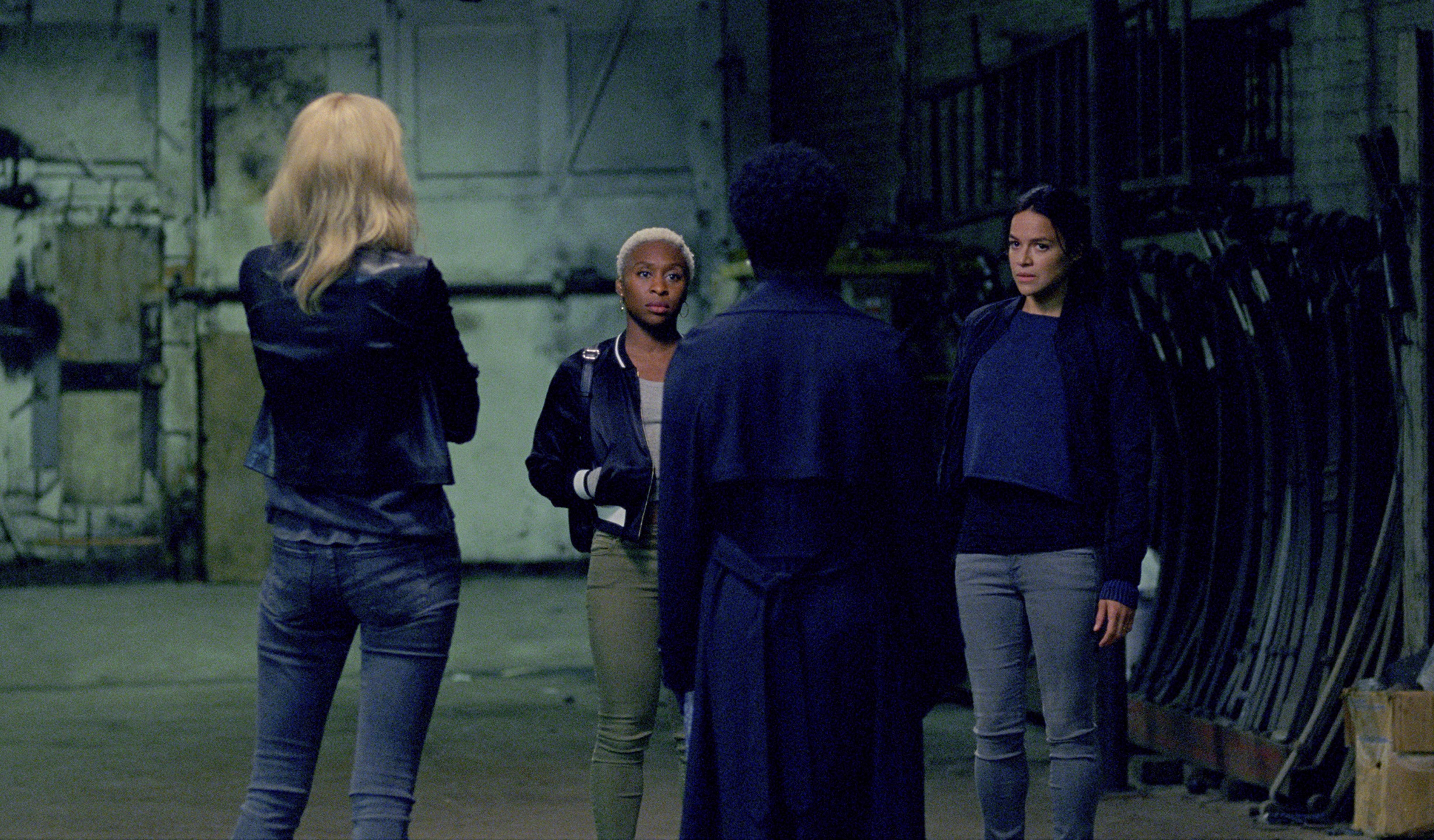 Each character, to some degree, was complicit in their own downfall; be it turning a blind eye to where the money was coming from, riding the coat-tails of a racist parent, or the greedy pastor using his congregation as political collateral. Each must face the consequences.

Chicago looks and feels like The Wire’s Baltimore with the disparity between wealth class as much of a plot line as the heist itself. It looks bleak one minute, boutique the next. One of the most subtle yet effective shots I’ve seen in years is served here. Farrell’s wimpy bully Jack Mulligan travels back from a rather pathetically attended rally. The camera stays firmly focused on him kicking of about his prospects, lashing out in an awful manner (asking his wife nervously if she’s ever slept with a black man, within earshot of his black chauffeur) – but your eyes are slowly drawn to the city behind. What begins in the projects slowly morphs into luxurious townhouses as he arrives at his home and HQ – saying more in one 40 second tracking shot than some films manage in two hours. A joy to behold.

The plot is so tantalising it’s a miracle it hasn’t been adapted before now. Full of genuine twists and turns it had me holding my breath like nobody’s business.

Beautifully shot with an obviously great soundtrack by Hanz Zimmer, the foundations are all there for the actors to run riot – and boy, do they ever. This is a career best for Viola Davis – an almost guaranteed Oscar nomination. Flitting from stone-faced boss to loneliness at the blink of an eye. To name the cast highlights would be to list the whole lot – but it would be remiss not to give props to both Daniel Kaluuya (as the genuinely vindictive henchman Jatemme) and Cynthia Erivo as Belle, the late addition to the gang.

Add to the mix some predictably deft direction from McQueen that serves up social commentary wrapped in an incredible thriller and you’ll be hard pushed to find better this year. Wonderful stuff.