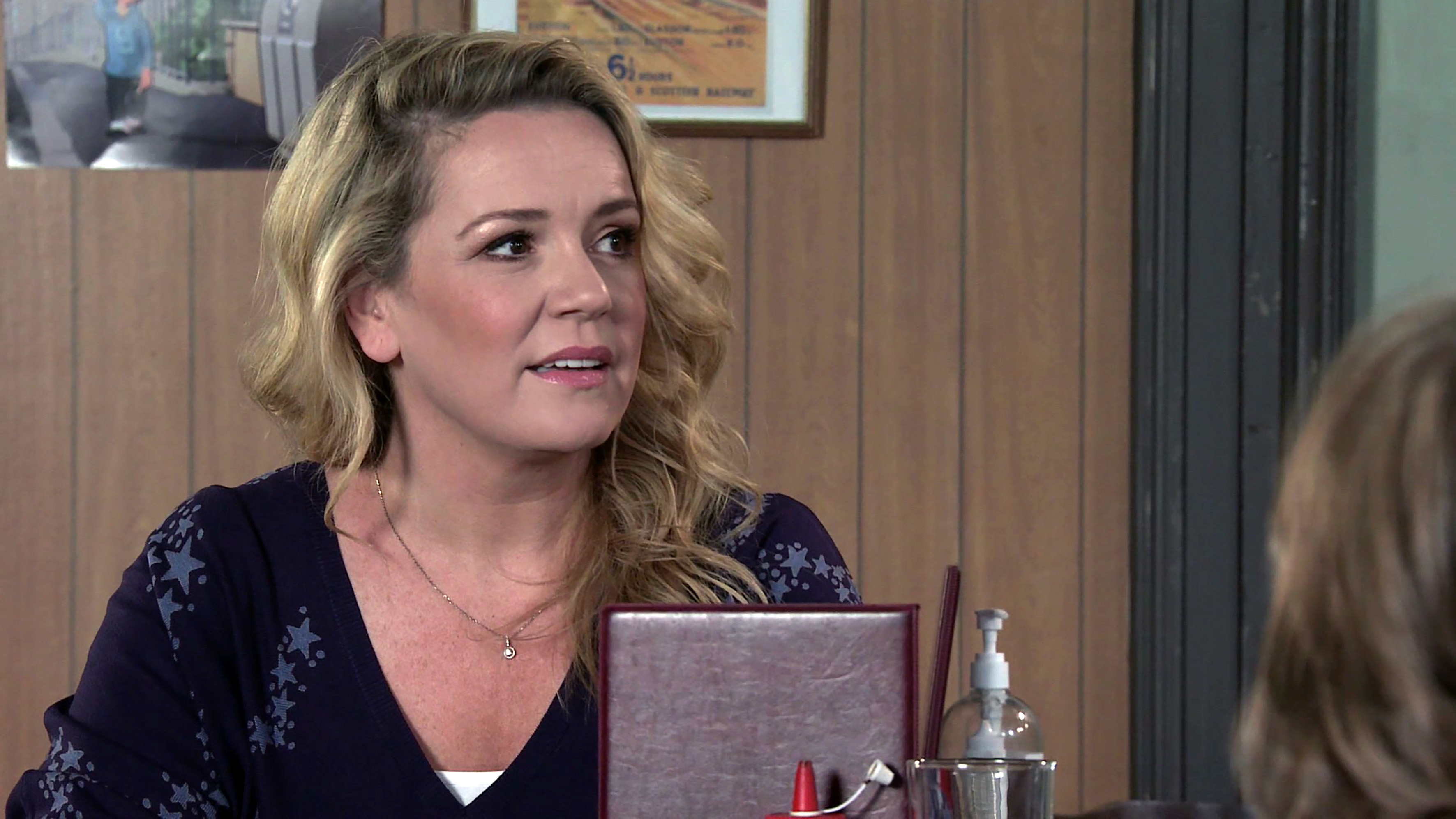 When I heard that Natasha Blakeman was coming back to Coronation Street, my first thought was ‘back of the net!’

I remember rooting for her during her first stint. She made me laugh with her ditzy quips but when she needed to be badass, she fired on every cylinder. Just ask Gail Platt, who has never been quite the same since.

There was a point where Natasha was so significant that everyone was certain that she would be driving the tram that later crashed onto the Street.

Many believed that her exit story was the best material Rachel Leskovac had been given by the show; as Natasha quite justly let rip at Nick for his misdemeanours, she unleashed her fiercest side that left women all over the country punching the air with their fists.

Coronation Street has treated us to some fantastic blasts from the pasts of late, with the fabulously camp returns of Debbie Webster and Sharon Gaskell.

Natasha is a more grounded character and very Corrie; warm, friendly and funny but cross her or her loved ones at your peril.

She has slotted back in nicely and we have even been teased with the prospect of her owning a salon, back where she belongs after a decade.

Even better, she came to the Street with a whole new bundle of legend that is her son Sam. Award winning Sam has been an absolute tonic to the show and it’s refreshing to have a child character who isn’t demonic and off the rails. Well not yet anyway; but I will eat my telescope if we see him going on violent rampages any time soon.

Off the back of Leanne’s heartbreaking loss of Oliver, we had a unique and interesting dynamic which didn’t consist of a major custody war or of Natasha seeking to steal Nick from Leanne.

Avoiding the ‘ex comes back with secret child’ tropes made this set up interesting and refreshing. How would Natasha and Nick navigate this co-parenting? How could Nick manage to be a father figure while also supporting Leanne? Could Sam find himself accepted by Leanne?

It created grounded drama that had so much more to explore. Soaps have a really strange habit of killing off young mothers to facilitate a returning child living with their father plot.

So here was an opportunity to explore that with both parents present, not in a relationship but both ultimately wanting the best for Sam.

I had hoped that Natasha was here for the long term but even if she had to leave, killing her off seems like such a waste. After all, in 10 years’ time, who’s to say the show doesn’t have the same brainwave to revisit her again?

Natasha was gunned down as the ‘final twist’ of a heartstopping week of drama that really didn’t need it for added shock value.

It was a gasp moment and a clever mislead to have Harvey mistake Natasha for Leanne but it struck me as a bit overly brutal to have an excited mum coming home to see her young son shot to the ground by the man who had just grimly taken Leanne hostage and threatened to rape her.

In the very same episode, we were also coping with the loss of Johnny Connor and it became a bit of a grief fest, although, as Richard Hawley rightly said, this death made sense as a way to end a true love story. Otherwise it would have been like Hayley Cropper dumping Roy and both of them moving on; it was never going to work.

One aspect of Natasha’s grisly end is Jude Riordan being given the platform to act his socks off; there is absolutely no doubt that the young actor is capable of pulling off some heartwrenching scenes in the wake of the loss.

But is it a little short sighted? All of the positives about the storyline being so different to what others have been have been undone with the classic ‘young mum dies violently’ angle.

And thus we are back to the same storyline again of a dad fighting to cope with a grieving child; which has been done so many times both.

With the added loss of a genuinely well liked and fun Coronation Street character to boot, who had even more possibilities outside of the family.