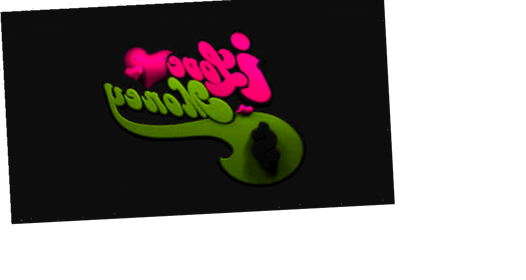 Rock of Love star Lacey Sculls (née Conner) was a competitor on season 3 of I Love Money — a season of the VH1 series that never aired. Sculls explains the drama surrounding fellow reality star Ryan Jenkins and why I Love Money 3 episodes never made it to television.

Sculls has hosted several VH1 reality stars on her podcast, Talk of Love, including her co-stars from Rock of Love. Other guests have starred in VH1 series like Flavor of Love, Charm School, and I Love Money.

During one of the first episodes of the show, Sculls talked with her former co-host Heather Chadwell about her experience competing in I Love Money 3.

‘I Love Money’ was supposed to have a third season

The reality competition series pit VH1 reality stars against each other. They competed in physical and mental challenges to win $250,000.

“I came in sixth place,” Sculls explained during episode 2 of the Talk of Love podcast. “[But] they aired none of it.”

According to Sculls, the season was in the process of being edited and producers were incredibly excited about it. The season was set to air in January 2010, but tragedy struck.

Sculls was a confidant and teammate of Jenkins during season 3. As members of the same team, Sculls and Jenkins made it their goal to win every challenge production set up.

“He was a beast when it came to these challenges,” Sculls said. “He had to win.” During their time on the show, Jenkins also spoke to Sculls about his wife and fellow reality star, Jasmine Fiore.

“Ryan confided in me a lot about his relationship with Jasmine,” Sculls added. “They had gotten married soon after Megan Wants a Millionaire was done and just before I Love Money 3 was starting to be filmed.”

Jenkins and Fiore met in Las Vegas and, after only knowing each other for 24 hours, got married.

“He didn’t have his green card yet,” said Sculls. “This is a little bit of speculation on my part, but when Jasmine and Ryan got together, he was starting to do well on all these reality shows. He wanted a green card [and] figured if he married someone, he could get [one]. In exchange for that, he told Jasmine he was going to give her all of this money.”

Jenkins told Sculls his family was well-off in the real estate market, but with the market crash of 2008, suddenly Jenkins’ funds were no more. When Jenkins couldn’t give Fiore the money he promised, he feared his marriage would fall apart. So, he joined the cast of I Love Money 3 to keep his marriage together.

“That motherf*cker won every single challenge,” Sculls said. But outside of the game, Jenkins confided in Sculls how verbally abusive Fiore was toward him. Eventually, their tumultuous relationship exploded.

Fiore’s body was discovered strangled and stuffed into a suitcase in August 2009. Jenkins had mutilated her remains to prevent her from being recognized, including removing her teeth and fingertips. Fiore was identified by the serial numbers on her breast implants.

Sculls talked about receiving a text from Jenkins after the murder. He had been tryin to orchestrate a time for Sculls to take Fiore horseback riding, but later canceled after he murdered her.

Jenkins later died by suicide at a hotel in Canada, and VH1 nixed the footage from I Love Money 3.