Who is The Masked Dancer’s Frog?

The Masked Dancer kicked off last weekend with a whole host of celebrities signing themselves to the best guessing game in television history. Tonight was the turn of Frog to impress those at home and the judges, but who is the famous faces underneath the costume?

12 celebrities are battling it out to be crowned champion dancer and it is up to Mo Gilligan, Oti Mabuse, Davina McCall and Jonathan Ross to try and figure out who is hiding bending the mask.

Fans of the show have also been guessing, with suggestions ranging from A list celebrities to minor stars.

One of the characters who has stumped viewers is Frog.

When the amphibian took to the stage previously, they had some nifty footwork and the judges were impressed with the choreography of the dance and their ability to stay in time with the rhythm. 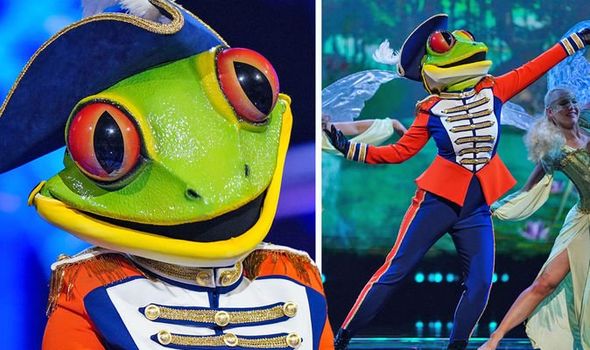 What are the clues for Frog?

So far the following clues have been given; someone who had “tales to tell” as well as a Hollywood movie contract.

Viewers were also told about a diary room as well as making a “big splash”.

“I was making entertainment while I was still at school,” the Frog told the show.

The celebrity hiding underneath the costume has also crossed strawberry fields and is from across the pond – the latter combined with the American accent suggests they are not native.

Colours red, blue and yellow have also been mentioned. 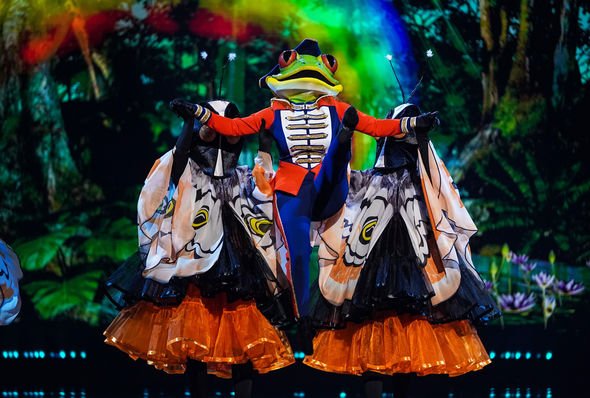 Who is Frog on The Masked Dancer?

Emma Willis – the television presenter, former model and radio host is best known for Big Brother and Celebrity Big Brother, as well as Big Brother’s Bit on the Side.

The clues about the diary room connect well to these shows.

Carol Vorderman – the judges think Frog could be the former Countdown mathematician simply because of the physique of the celebrity under the costume.

Rebecca Adlington – the Olympic athlete has also been mentioned after references to ponds and swimming were made.

She also wears the colours red and blue which made the judges think it could be her underneath the Frog costume.

Theresa May – the former Prime Minister was suggested after footage of fields were shown in Frog’s VT.

The four judges suggested Theresa because during an interview with Julie Etchingham back in 2017, the politician said the “naughtiest” thing she has done as a child was “run through fields of wheat”.