Who is Sheila Kolker, Kris Jenner's BFF whom she wanted to gift a facelift on KUWTK 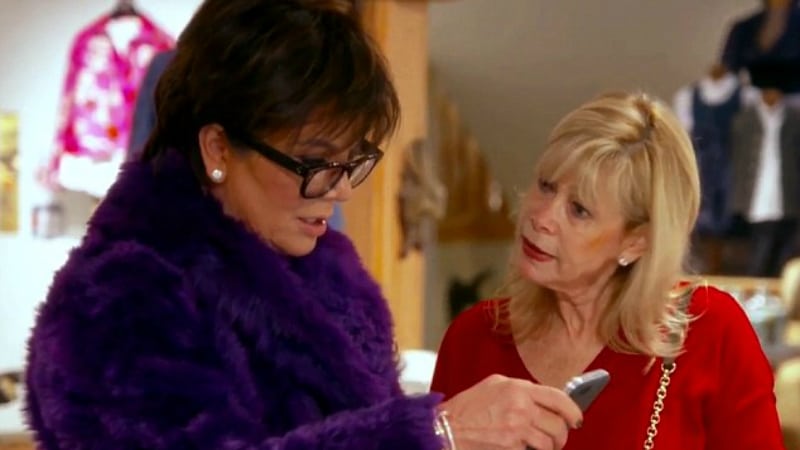 Kris Jenner certainly means well and she also puts a lot of thought into the gifts that she gives. But when the Keeping Up With The Kardashians momager decided to gift a facelift to her best friend, even she questioned whether Sheila Kolker would appreciate the gift or be offended.

Leave it to Scott Disick to give Kris some great advice and also to get her thinking about how her gift might be received. Scott’s perspective definitely gave Kris Jenner something to think about, but now KUWTK viewers are wanting to know more about her BFF Sheila Kolker.

Kris made it clear that it has been Sheila who stands by her when she needs it the most. She even revealed that when she had her own facelift, it was Sheila who helped take care of Kris. So what better way to repay a friend than to get her a facelift of her own?

It turns out that Sheila Kolker isn’t famous in her own right though she does rub elbows with some of Hollywood’s elite. That’s likely because she is married to Randy Kolker, who owns and runs Wizard Productions, a company that deals in informercials and made-for-TV marketing.

What’s more important to know is that Sheila Kolker is often present during some of Kris Jenner’s biggest moments. When Kris was on the cover of Haute Living in 2015, Sheila and Randy were on hand to celebrate as VIPs.

Sheila was also seen with Kris Jenner around the time that Rob Kardashian proposed to Blac Chyna. KUWTK was filming at the time that the engagement news broke and Sheila was with Kris when her reaction was caught on camera.

When Kris shares the shocking news with her friend, Sheila wants to know if the momager is alright.

There was also Kris Jenner’s 60th birthday back in 2015. Kris posted a picture of the birthday donuts she received and thanked her BFF Sheila Kolker for the sweet surprise.

A post shared by Backstage Bombshell (@backstagebombshell) on Apr 8, 2016 at 8:08am PDT

When Sheila and Randy celebrated their golden anniversary earlier this year, you better believe Kris Jenner was there. She even shared footage of the event on Instagram Live.

It’s clear that Kris Jenner and Sheila Kolker have been friends for many years. Though Sheila tends to fly under the Hollywood radar for the most part, she’s made a few appearances on Keeping Up With The Kardashians over the years.

Don’t be surprised if we see her on the E! network hit again in the future.

Keeping Up With The Kardashians airs on Sundays at 9/8c on E!