But you won't catch the barman in the Paternoster Chop House or the Italian hotel once the show ends. Here's the reason why… 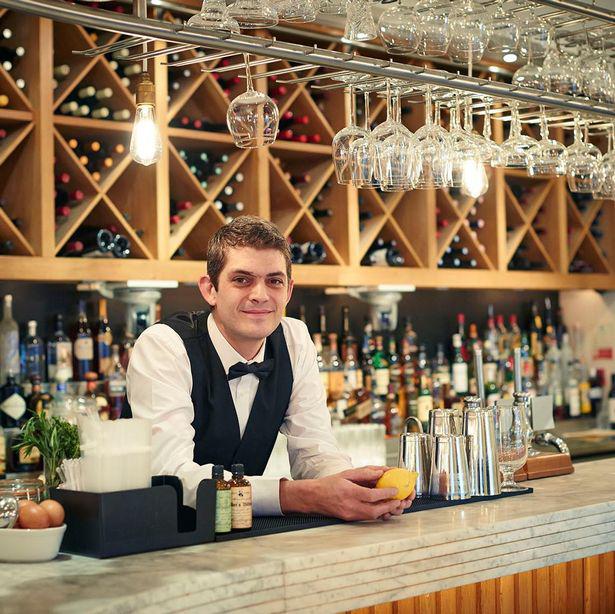 Who is Merlin Griffiths?

The king of cocktails, Merlin has been a bartender and mixologist for more than 20 years.

The 41-year-old grew up in Cheltenham, Gloucestershire, and was educated at Pate's Grammar School.

Merlin, who previously worked in India, owns his own bar and restaurant, The Priory Tavern, in Kilburn, north-west London. 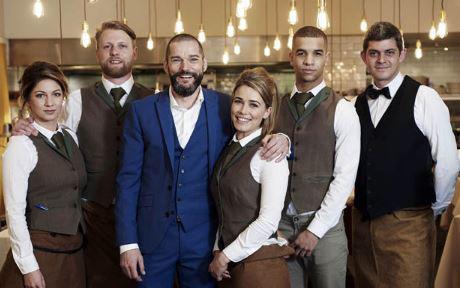 He has one child with partner Lucile who Merlin, a keen cyclist, met at a cocktail competition more than a decade ago.

He won the contest and bagged himself a girl in the process.

Lucile and Merlin took over The Priory Tavern in 2010, taking influences from classic British pub food and their time working in Canada and America.

The couple's pub won Regional Cellar Keeper of the Year in 2015.

What does Merlin do on First Dates?

Merlin is the barman at the First Dates restaurant, and normally the first port of call for the nervous diners.

After maitre d' Fred Sirieix offers the daters a seat at the bar, Merlin makes them their perfect drink – while quizzing them about their choice of date.

He tends to have banter with the customers, some of whom have even drawn comparisons between the friendly face and Rowan Atkinson as Mr Bean.

When is First Dates Hotel on TV?

First Dates returned for its third series on Tuesday, August 28 at 9.15 pm.

You can catch the new series every week on Channel 4 at the same time.