Who is Kiyomi, Bow Wow's new boo on Growing Up Hip Hop: Atlanta? 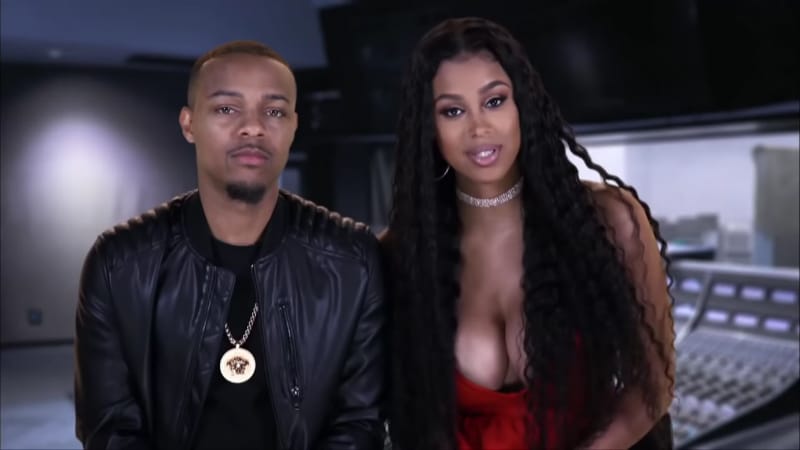 Growing Up Hip Hop: Atlanta is returning for Season 2 and with that, we’ve learned that Bow Wow has a new girlfriend. Kiyomi Leslie will be introduced to the rest of the cast on the season premiere and that causes a bit of drama because Bow Wow’s friends and family are already suspicious.

When Bow Wow reveals that he has a new girlfriend, he admits that he’s in love. Despite a few scenes in the sneak peek that tease a bit of drama between Bow Wow and Kiyomi, he really does seem to care about her.

However, those close to the rapper don’t trust Kiyomi’s intentions and set out to see who she really is.

Those who follow Bow Wow closely know that he and Kiyomi have actually been dating since around January 2018. At least that’s the first time he referenced his girlfriend on social media. By April, it became clear that the two are a couple.

Kiyomi Leslie shares the way she met Bow Wow and how they came together as a couple and it’s not incredibly romantic. Kiyomi says Bow Wow slipped into her DMs and invited her to a party. She went but then left early because the Growing Up Hip Hop: Atlanta star wasn’t paying attention to her.

After the party, Bow Wow must have realized his mistake and sent another DM, asking for a date. Kiyomi says she turned him down. Not about to let her get away, Bow Wow then invited Kiyomi to work on music with him — an invite that she did accept.

Bow Wow explained that after getting together to make music, they just started hanging out more and more until she was the only girl he was hanging out with.

It definitely looks like we’ll be seeing more of Kiyomi Leslie on this season of Growing Up Hip Hop: Atlanta. What some might not know is that she’s not exactly new to the game that she referred to in the sneak peek.

Kiyomi started out as an Instagram model and has done some other modeling as well. She’s also known for her appearances as a Wild N Out girl.

Bow Wow’s girlfriend has 647k followers on Instagram and it’s easy to see why. She often shares beautiful and very provocative photos and videos to her page, giving fans plenty to look at.

Back in July, Bow Wow and Kiyomi made headlines when cheating rumors claimed that he was getting way too close to other women in the club. In the Growing Up Hip Hop: Atlanta preview, we see Kiyomi check Bow Wow for staying out in the club until 5 am so there’s a great chance we’ll see that cheating drama play out on-screen.

Kiyomi Leslie has an interesting background. Though she’s from North Carolina, the urban model currently lives in Atlanta.

In an interview last year, she talked about her family, revealing that her father spent 20 years of a life sentence in prison for drugs. His charges were for possession and intent to sell cocaine but in the interview, Kiyomi says that she doesn’t believe the sentence was fair.

It sounds like Kiyomi is still close to her father despite his criminal history. In the interview where she talked about him, she confirmed that he spent more time in prison because he refused to be a snitch.

Kiyomi’s brother worth mentioning too. His name is David “Flav” Best and he’s a bodyguard for NBA star John Wall.

Growing Up Hip Hop: Atlanta airs on Thursdays at 9/8c on WEtv.