Who is in the cast of The Boys in the Band on Netflix? Full list of actors in new Ryan Murphy film

NEW Netflix film The Boys in the Band follows a group of gay friends who reunite to celebrate one of their birthdays.

But when the host's potentially closeted college roommate shows up uninvited, the evening is thrown into turmoil. 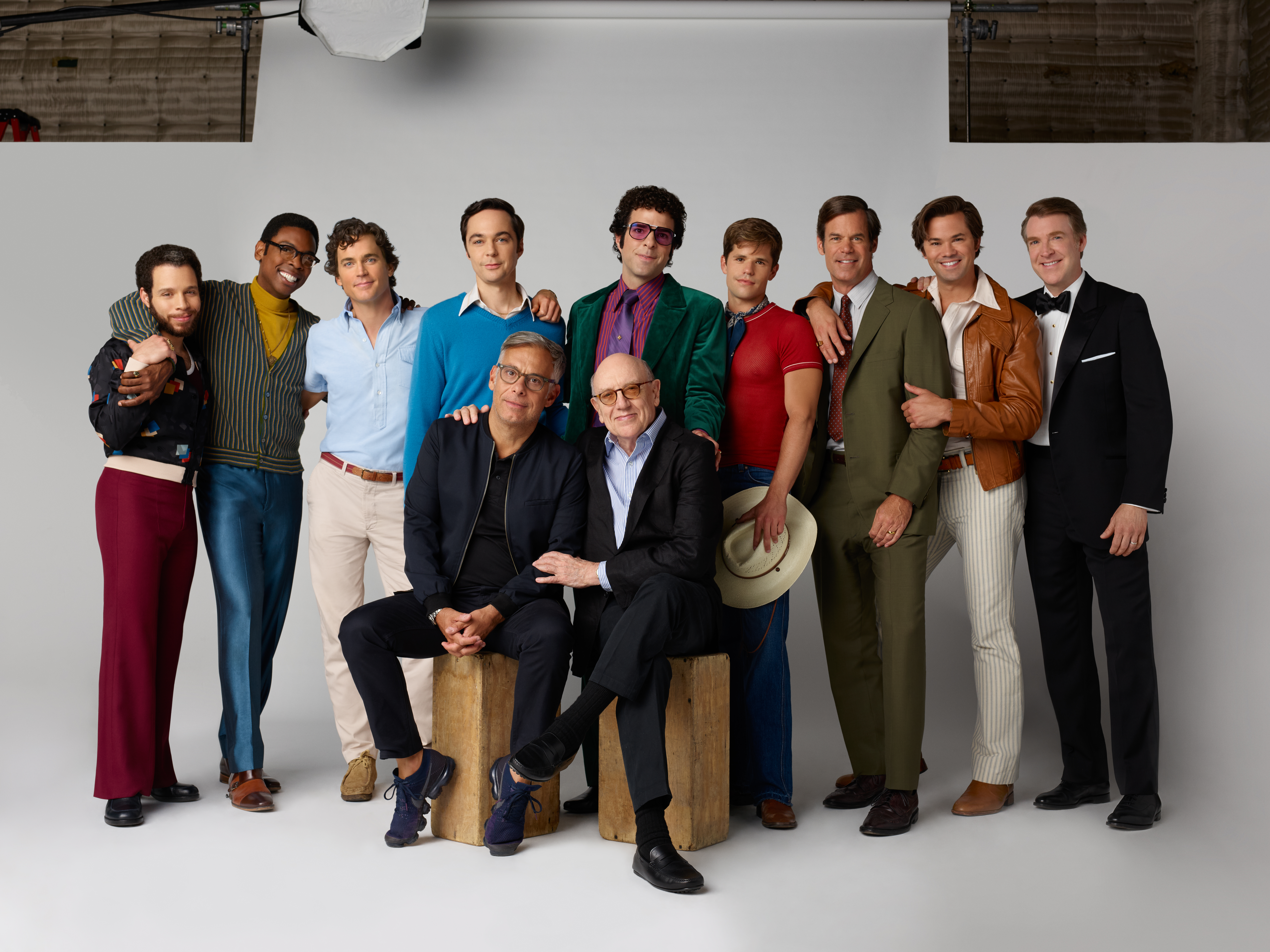 Who is in the cast of The Boys in the Band on Netflix?

The Boys in the Band brings with it an incredible star cast.

In April 2019, screenwriter Ryan Murphy announced that the play The Boys in the Band would be adapted for Netflix, as part of his $300million (£232million) deal.

Murphy had previously revived the play for Broadway in 2018.

It was also revealed that the entire Broadway cast would be in the film as well. 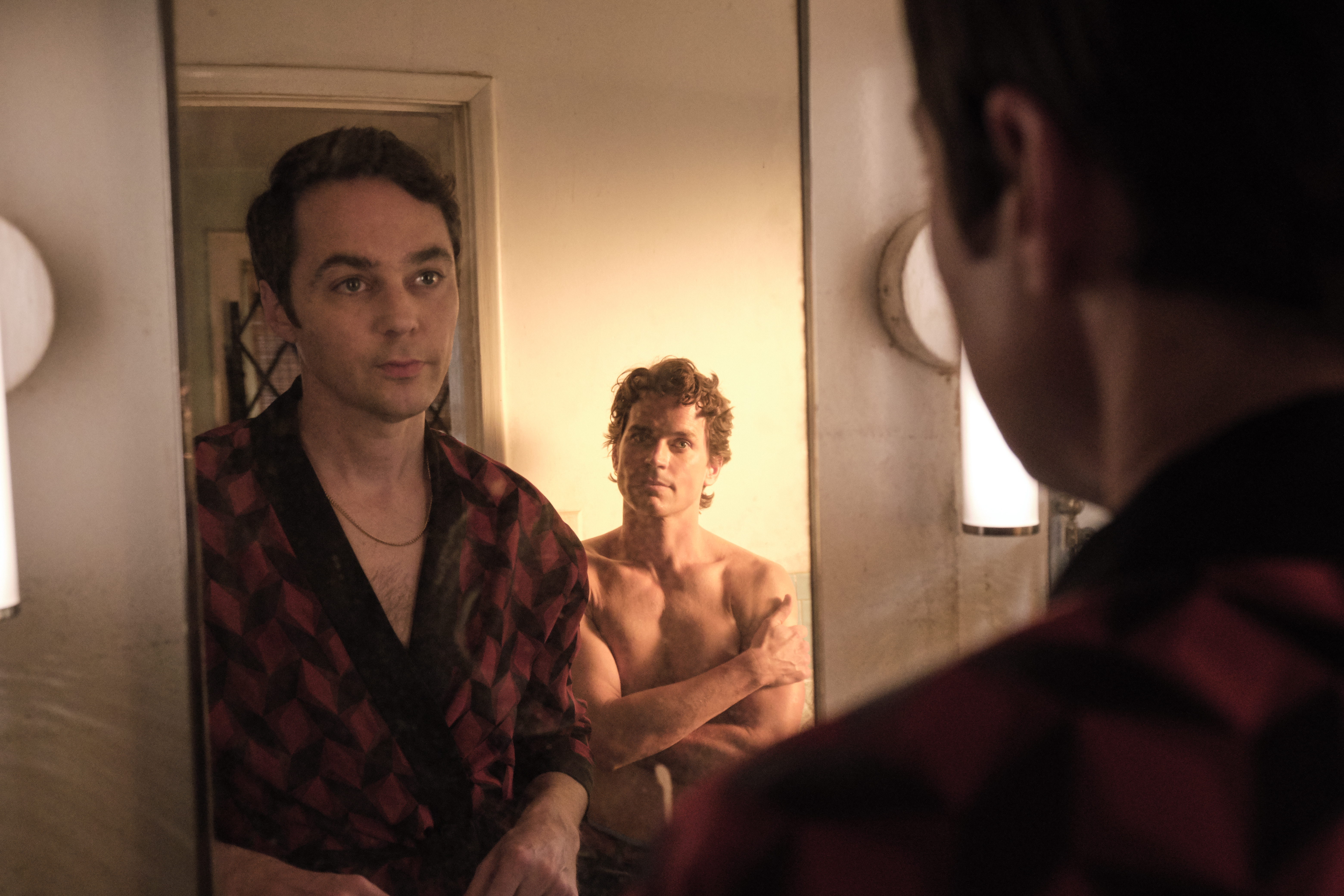 Probably the most famous of the cast has to be Jim, who is known affectionally by Big Bang Theory fans for playing Sheldon Cooper in the hit show.

The role made him a millionaire many times over, and now sits on a bank balance of £125million.

In 2019 he played the prosecutor in the trial of Ted Bundy in Netflix's Extremely Wicked, Shockingly Evil and Vile.

Then in 2020 he played racist NASA engineer in Hidden Figures and a predatory agent in Murphy's Hollywood, for which he received an Emmy nomination.

Jim takes the lead in The Boys in the Band as Michael who is hosting a birthday party for his friend Harold. 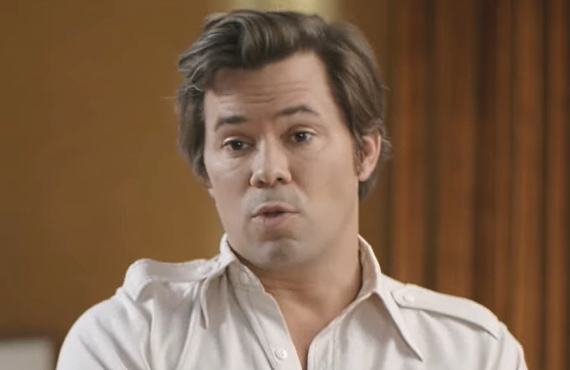 Andrew's breakthrough role was his Tony-nominated performance in Broadway show The Book of Mormon.

This then led to a regular role on Lena Dunham's acclaimed show Girls and the co-lead in Ryan Murphy's short-lived sitcom The New Normal.

Back on Broadway he took a turn playing the title role in Hedwig and the Angry Inch.

His The Boys in the Band character Larry is a fashion photographer. 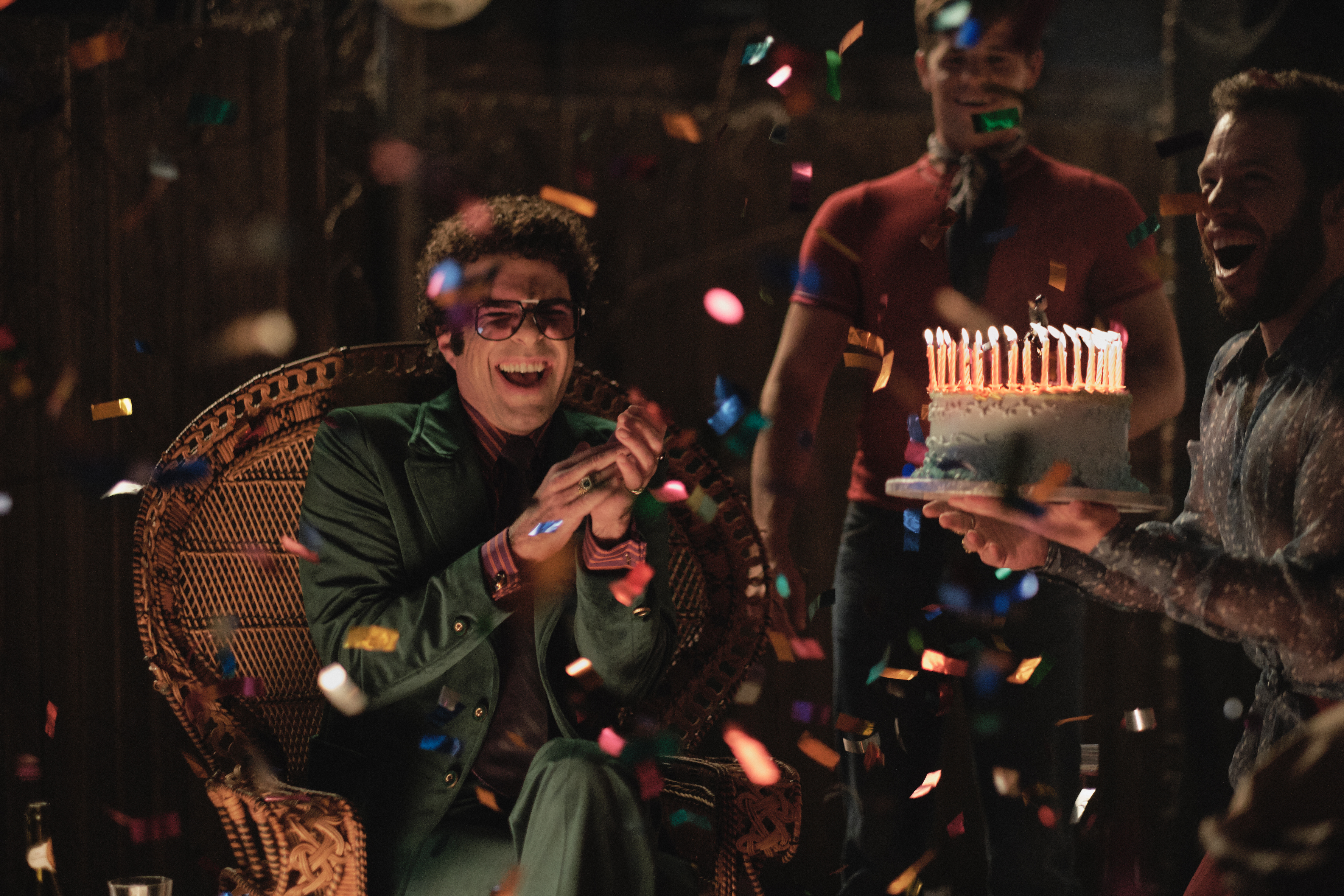 Zachary first came to fame as the villainous Sylar on Heroes, before being cast as Spock in the new Star Trek movies.

He came out publicly in 2011, the same year he was cast as one half of a gay couple in the first season of American Horror Story.

In The Boys in the Band it is his character Harold whose birthday they are all celebrating.

He's the film's most dynamic character, arriving late and bemoaning about his "lost youth". 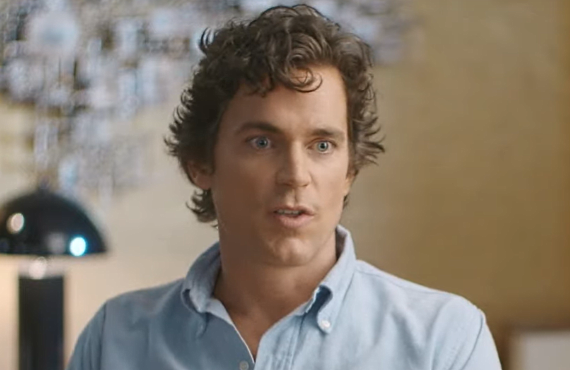 Matt shot to fame when he was cast in the lead role as a con artist on USA's White Collar, where he starred for six seasons.

After guest appearances on Murphy's Glee and The New Normal, Matt then landed the ole of Felix Turner in Murphy's film version of The Normal Heart on HBO.

On the big screen, Matt is known for getting his kit off in Channing Tatum's Magic Mike and Magic Mike XXL.

In The Boys in the Band, Matt plays Donald, Michael's boyfriend who has left New York City and is conflicted over the whole homosexual scene of it all. 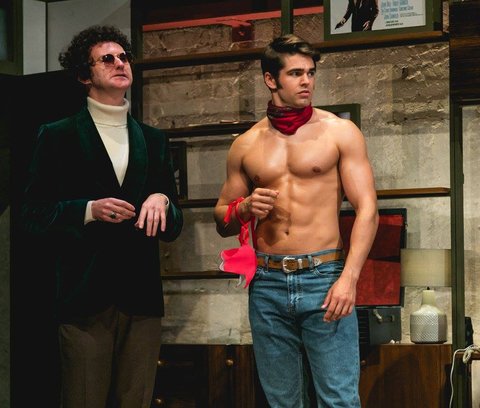 Charlie got his big breakthrough alongside his twin brother Max, playing the teenage sons of Felicity Huffman's character on Desperate Housewives.

He and Max then appeared as werewolf twins on MTV's Teen Wolf, and again as suburban teens in The Leftovers.

After he came out in 2016, Charlie appeared in Dustin Lance Black's gay-rights miniseries When We Rise.

In September 2020 the actor made his Murphy screen debut in Ratched.

In The Boys in the Band, he plays Cowboy, a twinky hustler who's brought to the party as a "gift" to Harold. 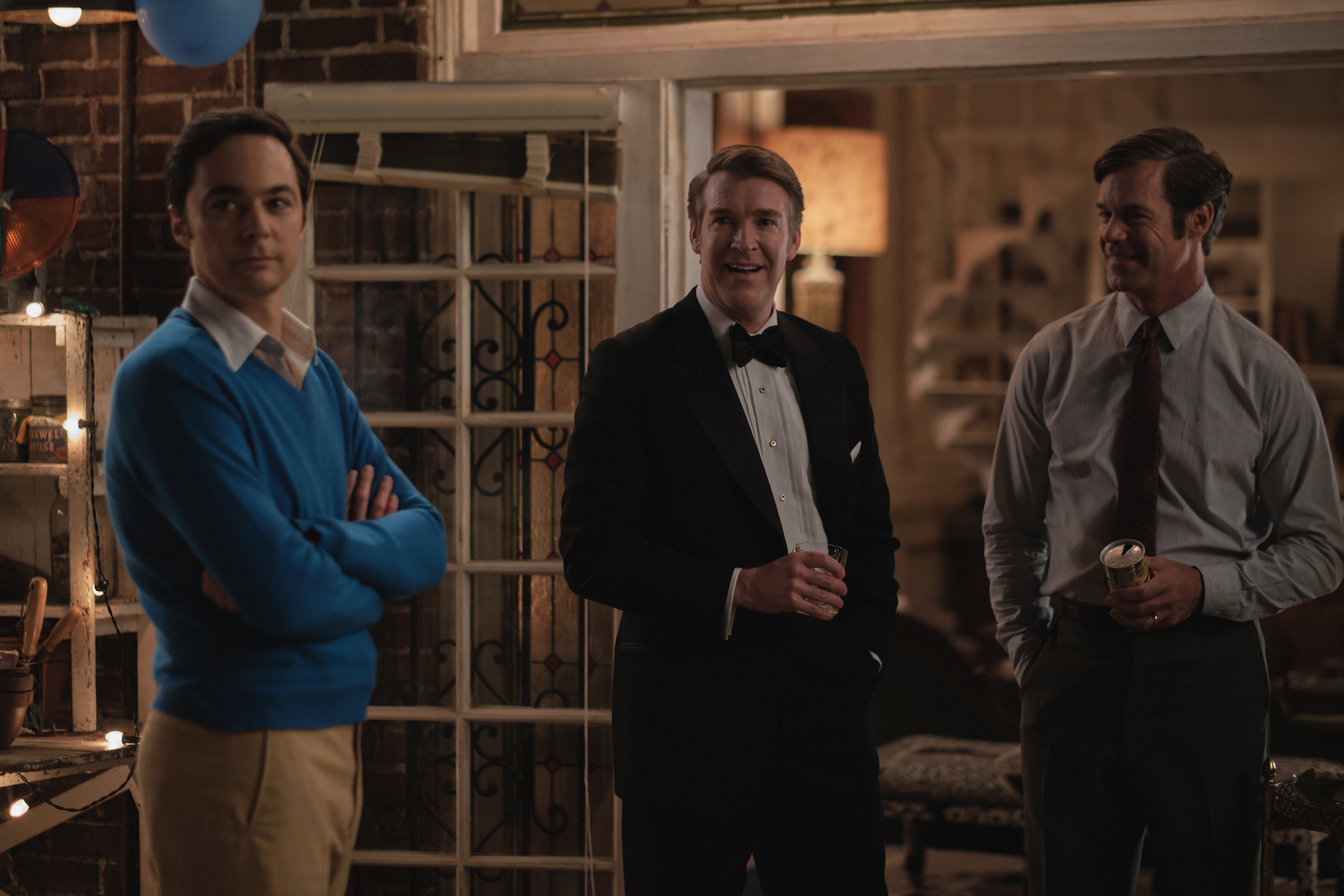 Brian is a Broadway veteran whose credits include Proof and Exit the King, opposite Geoffrey Rush.

He was also in the Steven Spielberg film Bridge of Spies and had a recurring role on Person of Interest.

Brian plays Alan in The Boys in the Band, Michael's old college friend, currently married to a woman, but who Michael suspects is secretly gay. 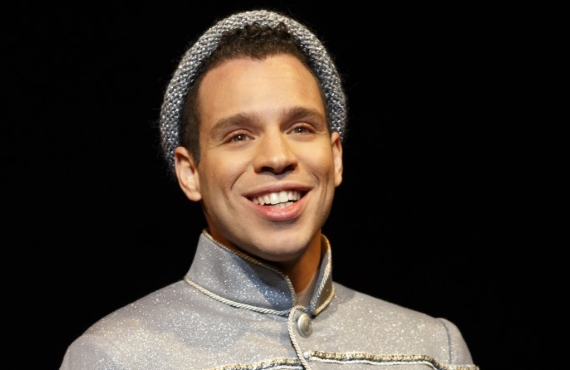 The Boys in the Band is Robin's screen debut in a Murphy production.

He plays Emory, loud-and-proud interior decorator, whose flamboyance proves irksome to some in the group.

Robin made his debut in the cult classic musical-theatre film Camp, before going on to earn Tony nominations for his performances in In the Heights and La Cage Aux Folles.

He was also the only performer from The Boys in the Band's Broadway production to get a Tony nomination. 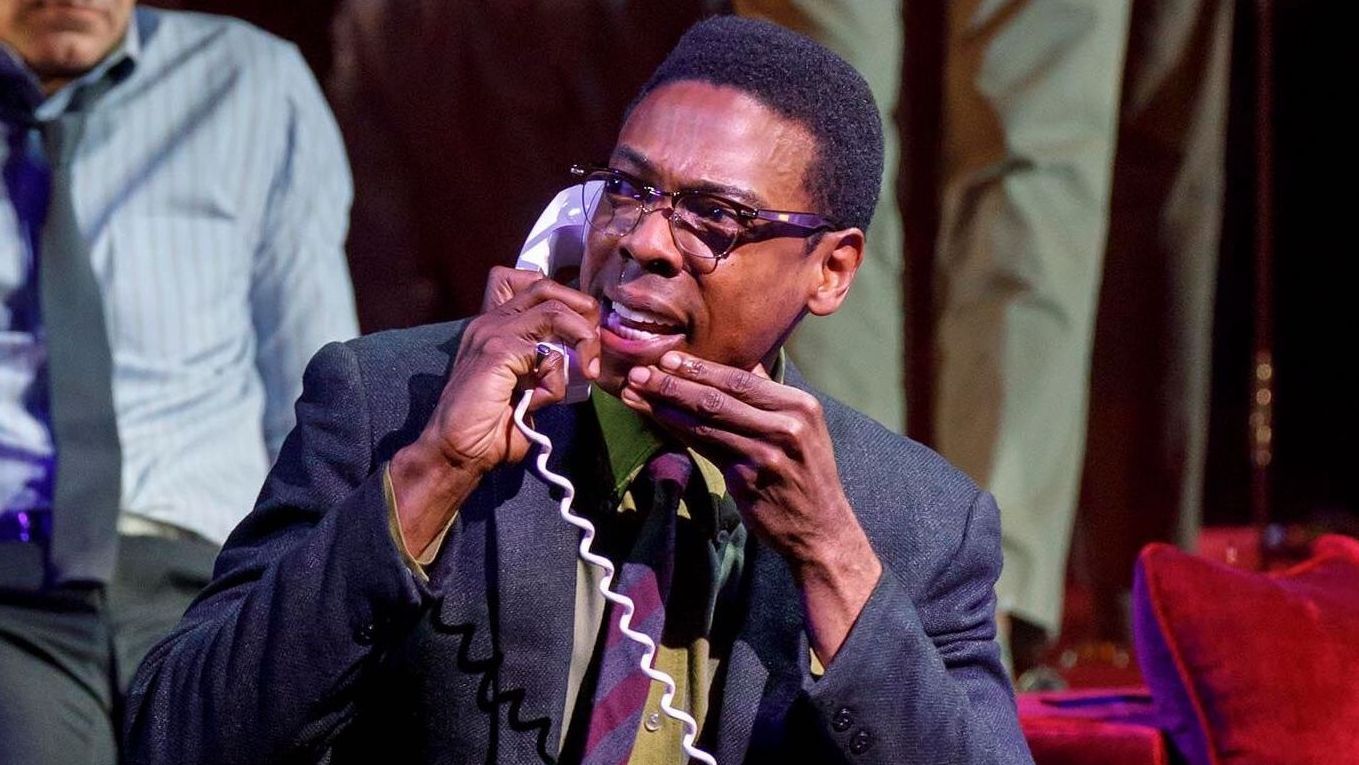 Michael is best known for his role as Tracy Jordan's son on Tina Fey show 30 Rock.

In September 2020 the actor also made his Murphy debut in Ratched, playing Cynthia Nixon's closeted husband.

In The Boys in the Band he plays Bernard, one of the central circle of friends. 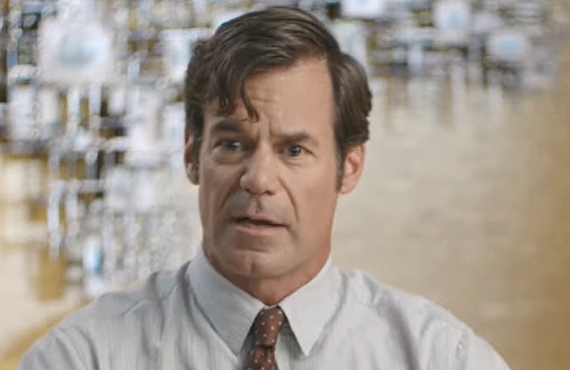 Tuc is best known for playing con artist David Vickers on One Life to Live.

He's also known for starring in the later series of Desperate Housewives.

After appearing in The Boys in the Band on Broadway, he began dating Andrew Rannells, and the two of them played lovers on the most recent season of Black Monday.

Tuc also plays Andrew's live-in boyfriend Hank on The Boys in the Band.

When is The Boys in the Band on Netflix?

The Boys in the Band will be released on Netflix on Wednesday (September 30, 2020).

You will be able to stream it from 8am on this day.

Until then, you can watch the trailer at the top of this article.