Who are the Gilbey family on Gogglebox? Pete, George and Lynne star on the hit Channel 4 show

And for many will be the endearing, funny and at times emotional, Gilbey family – but who are the lovable trio? 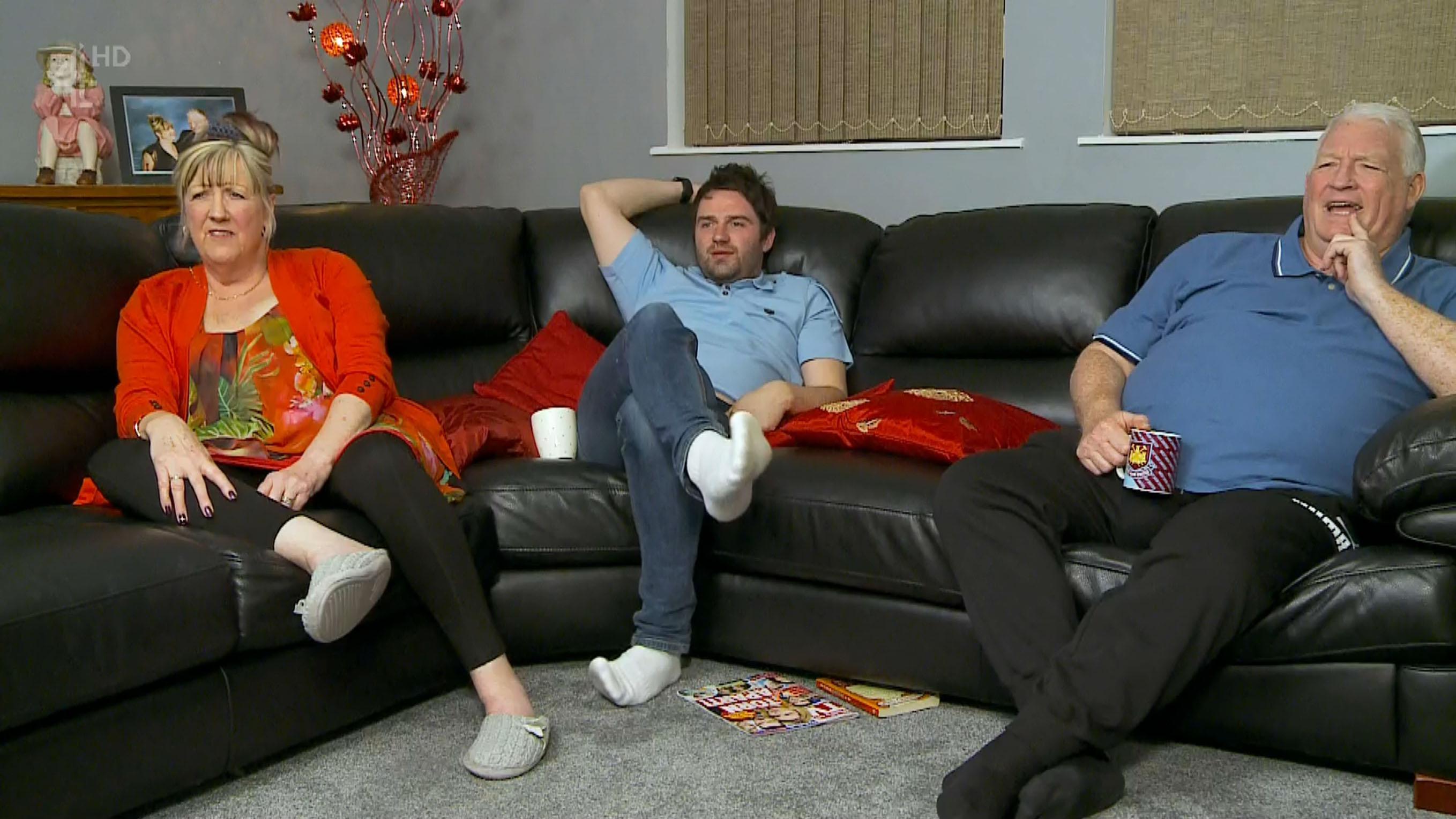 Who are the Gilbey family?

The Essex-based Gilbey family comprise of Lynne and Peter and their son George, 34.

Lynne and Pete have fostered over 68 children over the past 16 years and biological son George who welcomed his first child, a daughter named Amelie, into the world in 2016.

The family were briefly dropped from Gogglebox in 2014 – because George decided to appear on Channel 5’s Celebrity Big Brother – but were reinstated afterwards.

George Gilbey, an electrician, met his current partner Gemma, a teacher, at the 2015 Ascot races and it didn’t take long before he realised that she was a keeper.

The pair announced that they were expecting nine months after they met.

The TV favourite previously gushed about his love for Gemma and insisted she’s not like other girls he’s romanced in the past – which have included his CBB co-star, Stephanie Pratt.

George hit the headlines though in March 2018 when it was alleged he had attacked his girlfriend and smashed up their home in a fit of rage.  He was charged with assault and criminal damage.

That’s a lot of tele…