Which Don't Tell The Bride weddings were the worst? From zombie apocalypses to pig farms

From zombie apocalypses and pig farms, to underwater nuptials and an unwanted jaunt to Las Vegas – here's how the grooms mucked up their weddings. 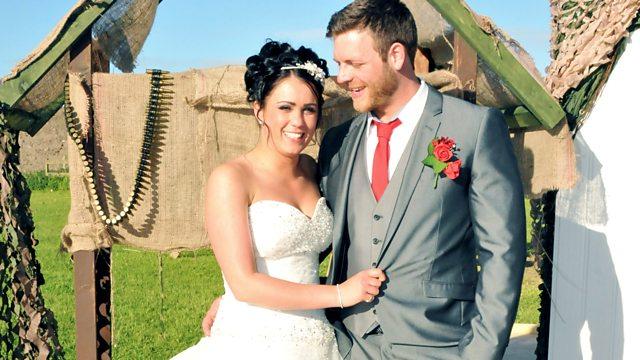 1. Day of the Undead

An attack of the undead left this bride screaming for help before being whisked off to walk down the aisle by her hero groom.

This episode of Don’t Tell The Bride saw a zombie-themed set-up, where the groom pretended to shoot around a dozen undeads before rescuing the bride from a van.

While all Sophie wanted was a traditional day with a touch of bling, Alex read it as the chance to be an old-fashioned hero.

Who knew being scared witless could be romantic? 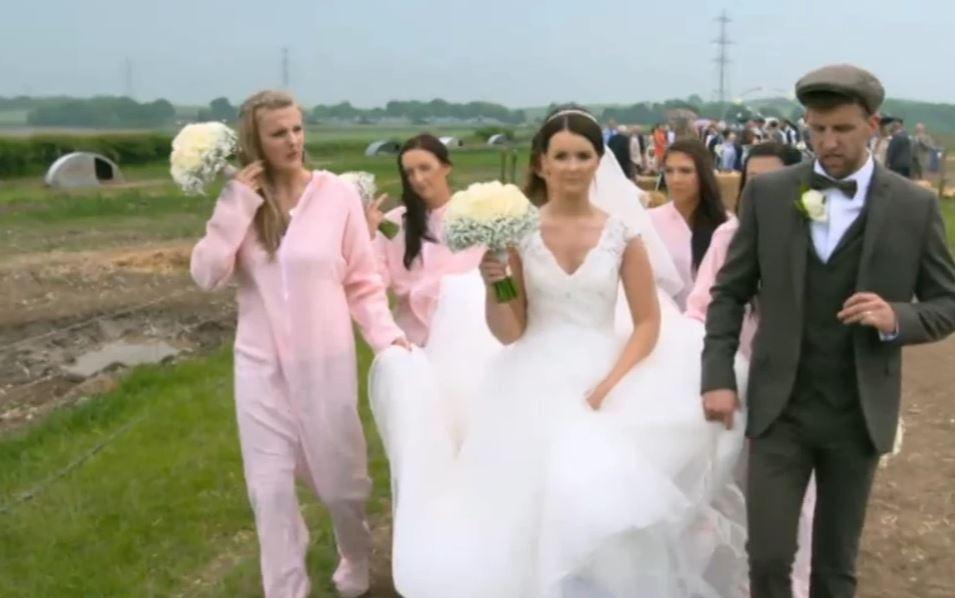 Nobody would ever dream of holding a wedding on a pig farm, but for one cheeky chap, it was the ideal location.

Not only did groom Billy choose the bizarre location to say ‘I do’, he thought he’d team it up with a Guinness World Record attempt for the largest parade of pigs.

He’s lucky the bride was more cooperative than the pigs and didn’t make a break for it.

Although it wasn't quite the classic affair she was hoping for. 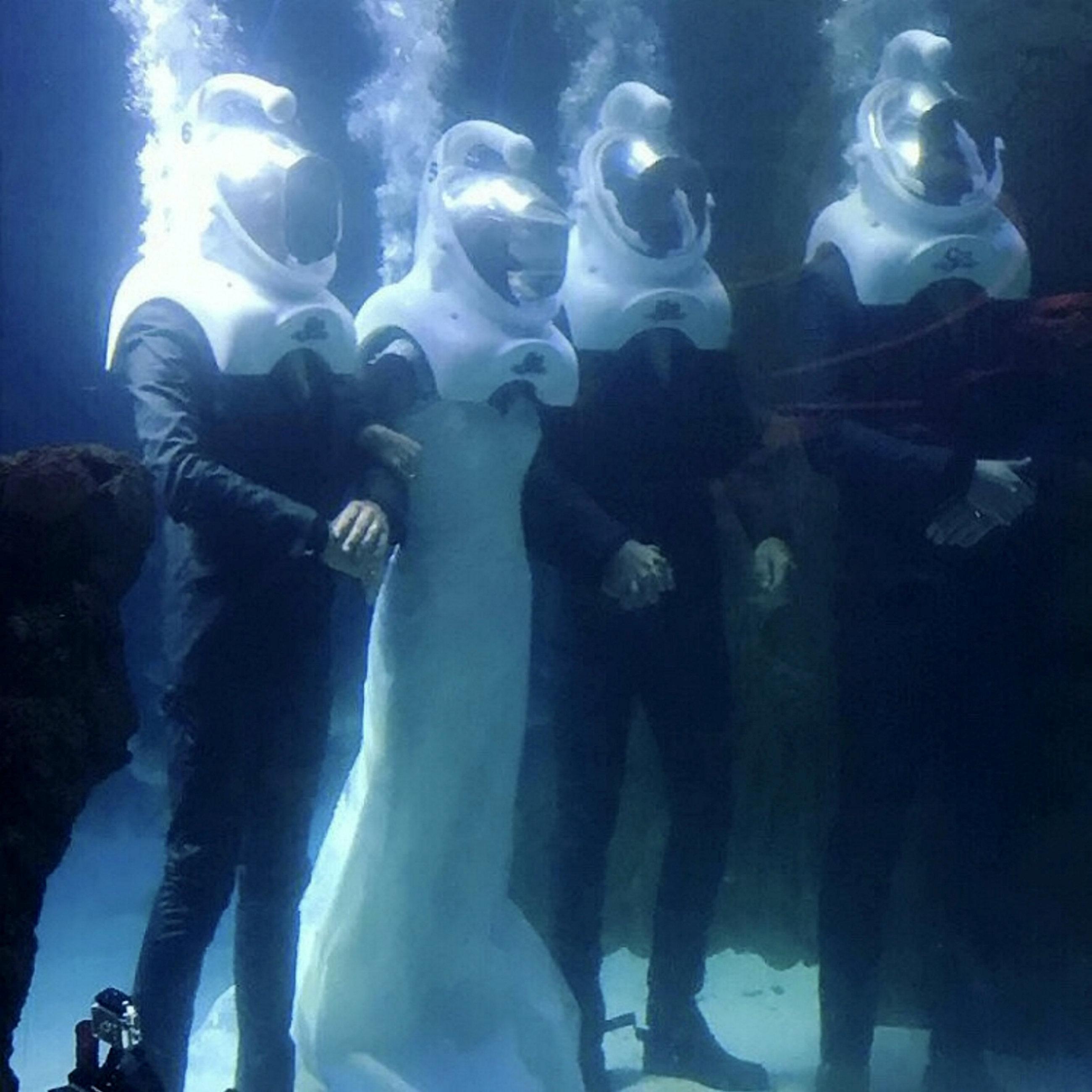 Gary and Lauren met on dating site Plenty of Fish, giving him the less than genius idea of an underwater themed wedding, complete with stingrays, sharks and an assortment of tropical fish.

The 30-year-old groom decked the bridesmaids out in mermaid outfits, before hiring out the local aquarium for the couple to tie the knot.

The bride donned an oxygen helmet and dived under, along with Gary, best man Tony and her dad Stephen.

Luckily they all had a change of clothes on hand for their reception. 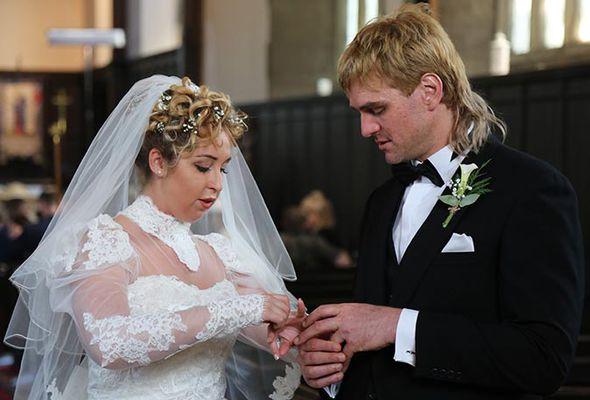 Aussie-born groom Adam took his love for his Australian heritage a bit far by organising a Kylie-and-Jason 1980s soap style wedding for his bride Rachel.

Preparations for the day included getting an epic mullet and having the venue decked out in fake snakes. 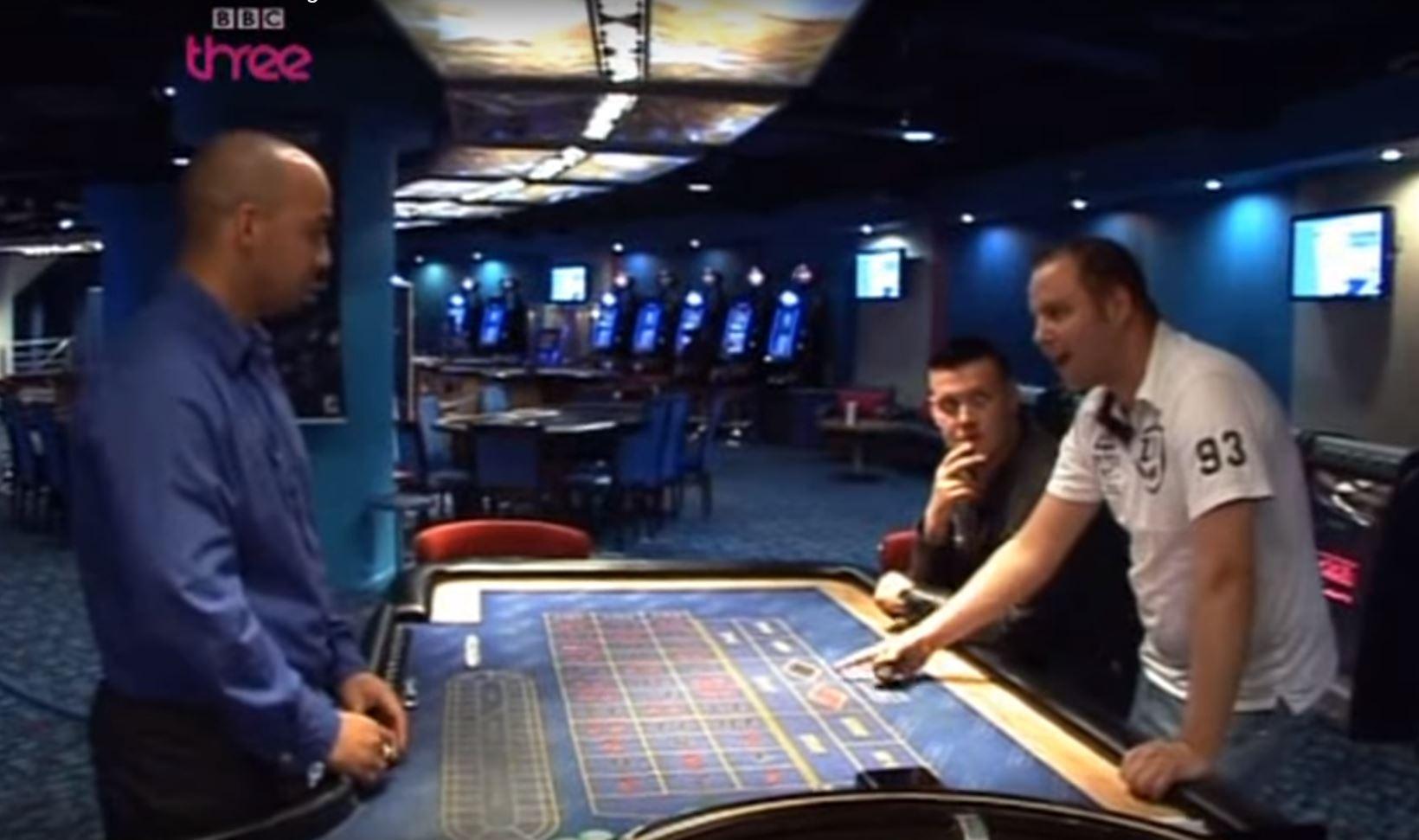 Where to get married is almost as big a decision as popping the question in the first place.

So when groom Simon left the decision down to a spin at the roulette table, bride Kaleigh was left less than impressed.

Simon had chanced it by deciding to have the wedding in Las Vegas if the ball landed on black – and it did.

Roll on a trashy wedding, complete with just six guests, a best man dressed as a poor imitation Elvis and a dress costing pennies after the entire budget gets blown. 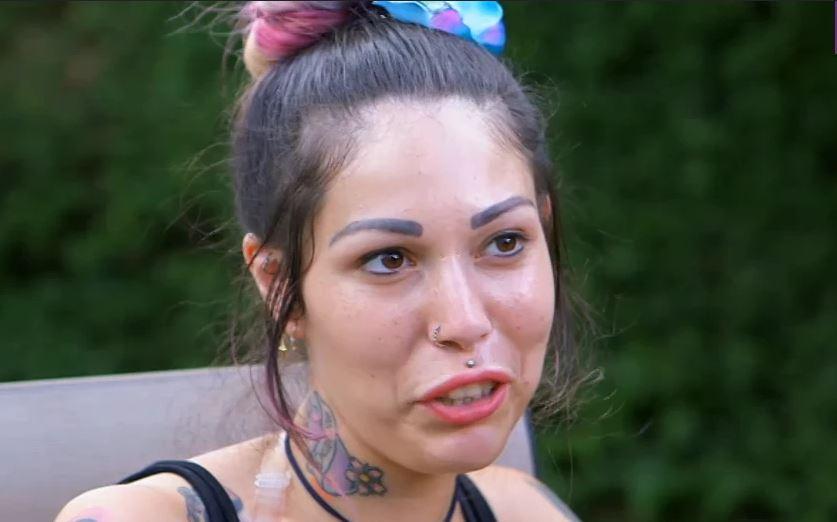 6. The straw that broke the camel’s back

In a first for the show, bride Sofia refused to make their on-screen nuptials legal after a shambolic wedding was arranged by fiancé Craig.

The bride was left horrified by both the dress chosen for her and the Oktoberfest-themed wedding that she almost decided not to turn up for the ceremony and even attempted a runner on the day.

The couple, who had been together for eight years and had two children, were never officially made husband and wife despite grudgingly exchanging vows for the benefit of the cameras. 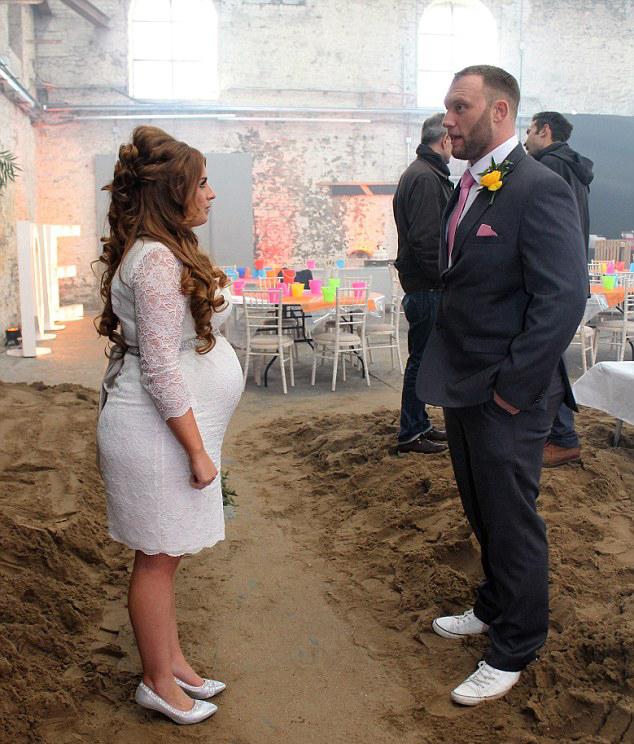 Groom Adam paid just £140 for a “cheap bit of tat” off the internet for his pregnant bride Bianca, before organising a Full Moon wedding after giving the bride two envelopes to pick a theme.

As each stage of the “world’s worst wedding” is unveiled, the bride is repeatedly reduced to tears.

With bridesmaids kitted out in see-through dresses that he bagged for just a tenner, the bridal party are headed for the airport with high hopes of a destination wedding.

Little do they know that they won’t even be leaving Bristol airspace, with the ceremony held on board a plane mid-flight before touching down again.

But worse was yet to come as Bianca found out Adam was having an affair just 18 months later.