Where are the EastEnders kids now? A look back at the soap’s most memorable child stars and what they’re up to these days

EASTENDERS fans have got used to show bosses chopping and changing its young actors over the years.

As we know, many of the BBC soap’s child stars have gone on pursue careers in very different fields – take little Janine Butcher, who’s ended up working at Google. 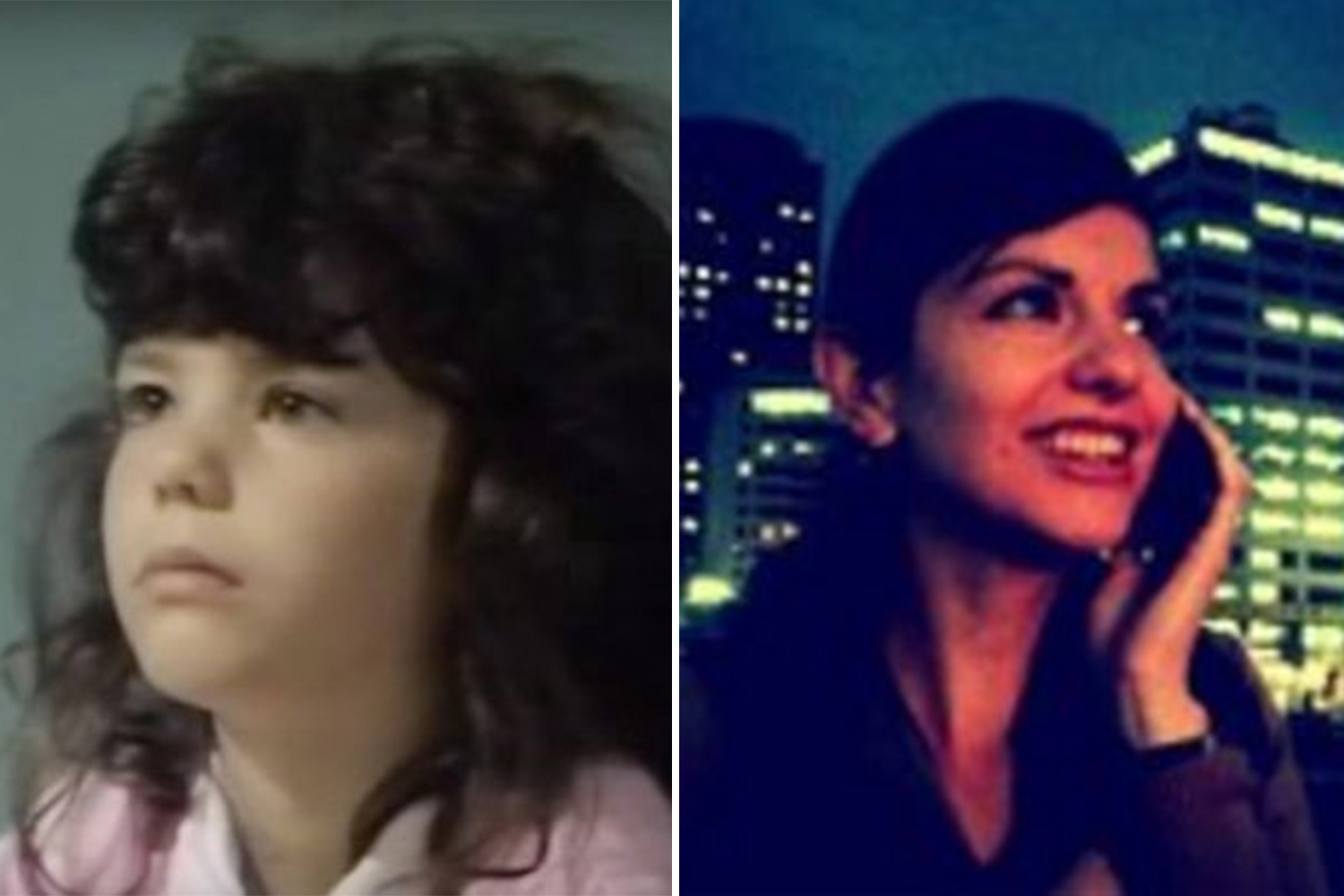 But what about the original Ben Mitchell, or the Beale kids?

And have you SEEN how different Jack Ryder, aka Jamie Mitchell, looks these days?

Believe it or not, the character of Peter has actually been played by seven different actors – at the moment it's the hunky Dylan Hudson but before that it was Ben Hardy, who went on to make a name for himself in Hollywood, landing the role of Angel in X-Men: Apocalypse.

Joseph Shade took over in 1998 and is still the longest serving Peter, departing the Square in 2004. 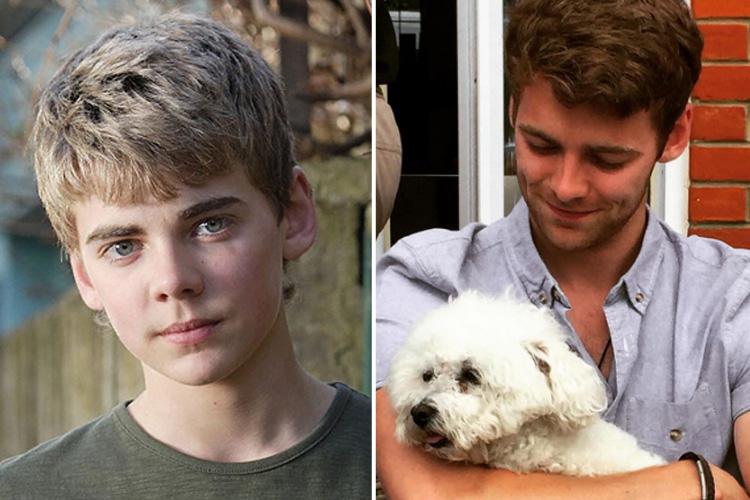 One of the most popular Peter Beale actors is Thomas Law, who continues to work as an actor.

He has appeared in Simon Pegg film The World's End, as well as Casualty and TV short The Inner.

In 2021, Thomas joined the cast of the ITV crime drama The Bay for its second series on as DC Eddie Martin.

Poor old Lucy met a grisly end as part of one of soap’s most talked about (and longest running) storylines ever.

Hetti Bywater was the most recent actress to play Ian’s golden girl, but the first ever Lucy was Eva Brittin-Snell (the original Peter’s real life sister). 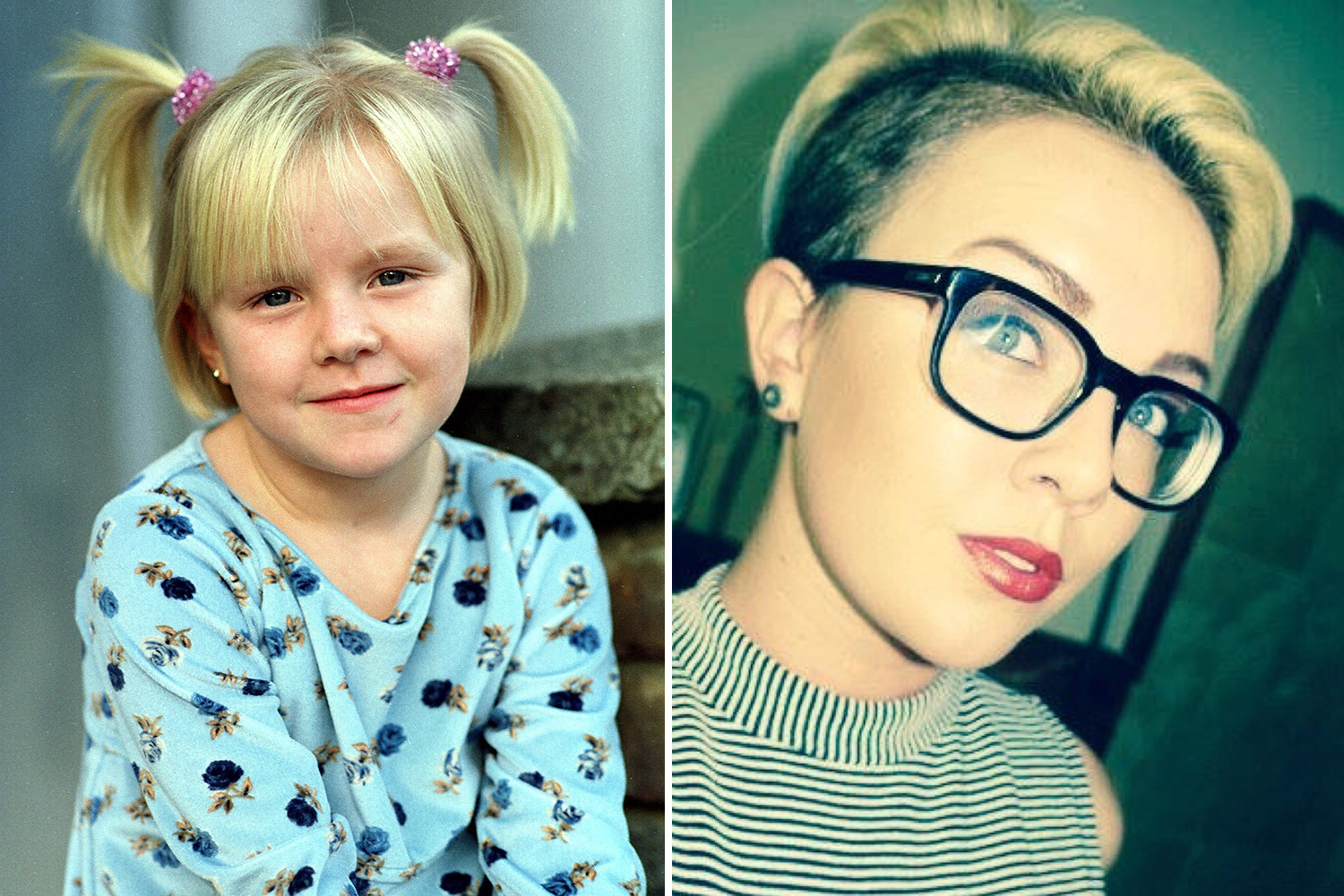 Casey Anne Rothery then took over the mantle for eight years.

She now lives in Marbella, Spain, and has a very edgy haircut, paired with fashionable thick-rimmed glasses.

Aaron Sidwell reprised his role as Steven Beale after an eight-year absence – only to be killed off from the show in 2017.

During his absence, he filled his time by starring in various West End shows, getting married and having two kids.

Prior to Aaron, Steven was played by Edward Savage. 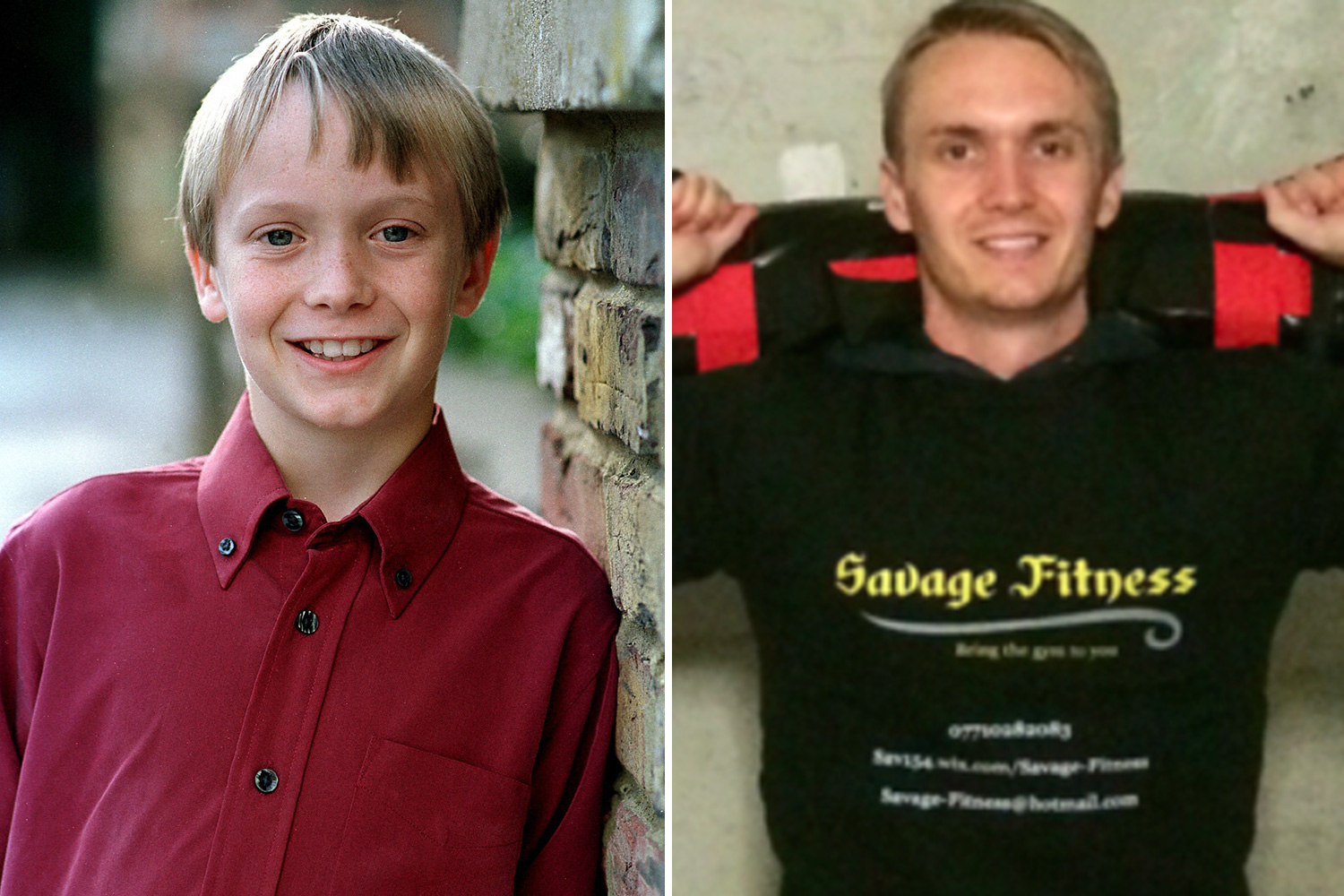 After Edward left the Square he played professional football for the Wycombe Wanderers Youth Team and the senior club in 2008/2009, but his career was cut short after having eight operations on his knee.

He most recently worked as a personal trainer and was formerly general manager at budget gym group Xercise4Less in Sunderland. 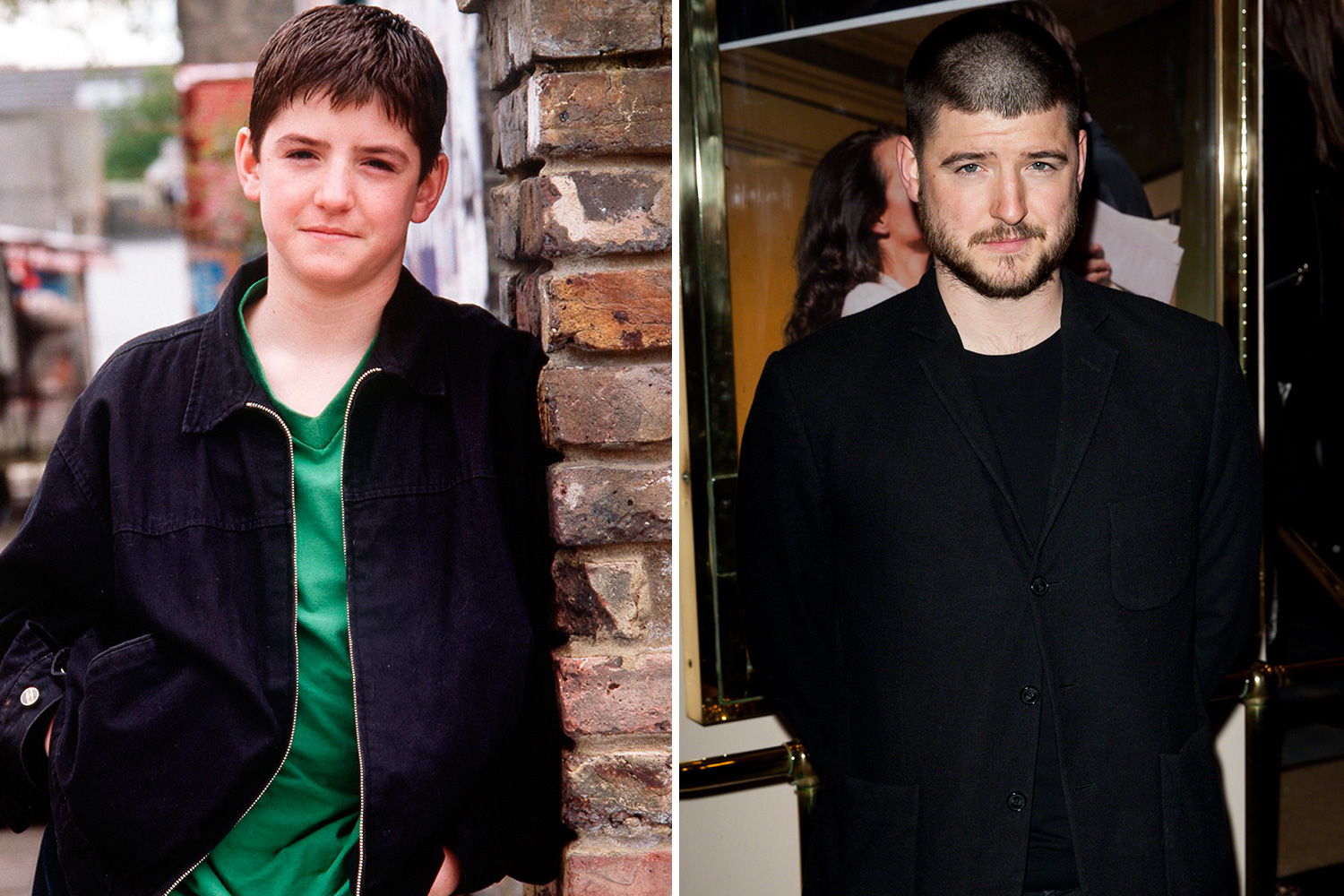 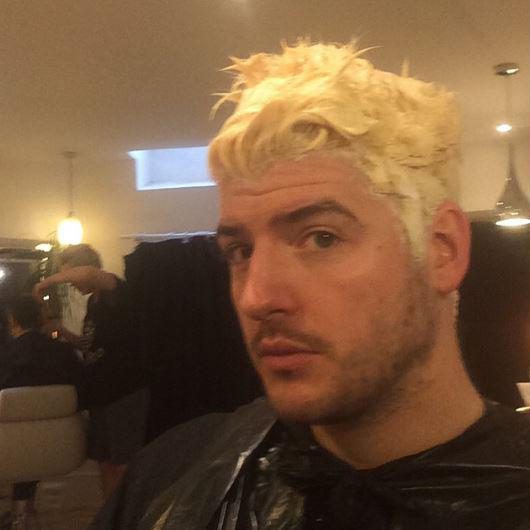 Since leaving the soap, James has continued to work in the acting industry, picking up guest roles in TV dramas such as Silent Witness and Casualty.

He’s also carved out a successful career for himself on stage, taking on Shakespearean roles in London’s West End and at the Globe Theatre.

Now working behind the camera, James has directed a variety of his own short films.

He's also been studying for an MA in Directing Fiction at the National Film and Television School in Beaconsfield.

Current actor Max Bowden is actually the sixth to take on the role of Ben Mitchell.

Many will remember fresh-faced Charlie Jones, who played the troublesome lad between 2006 and 2010. 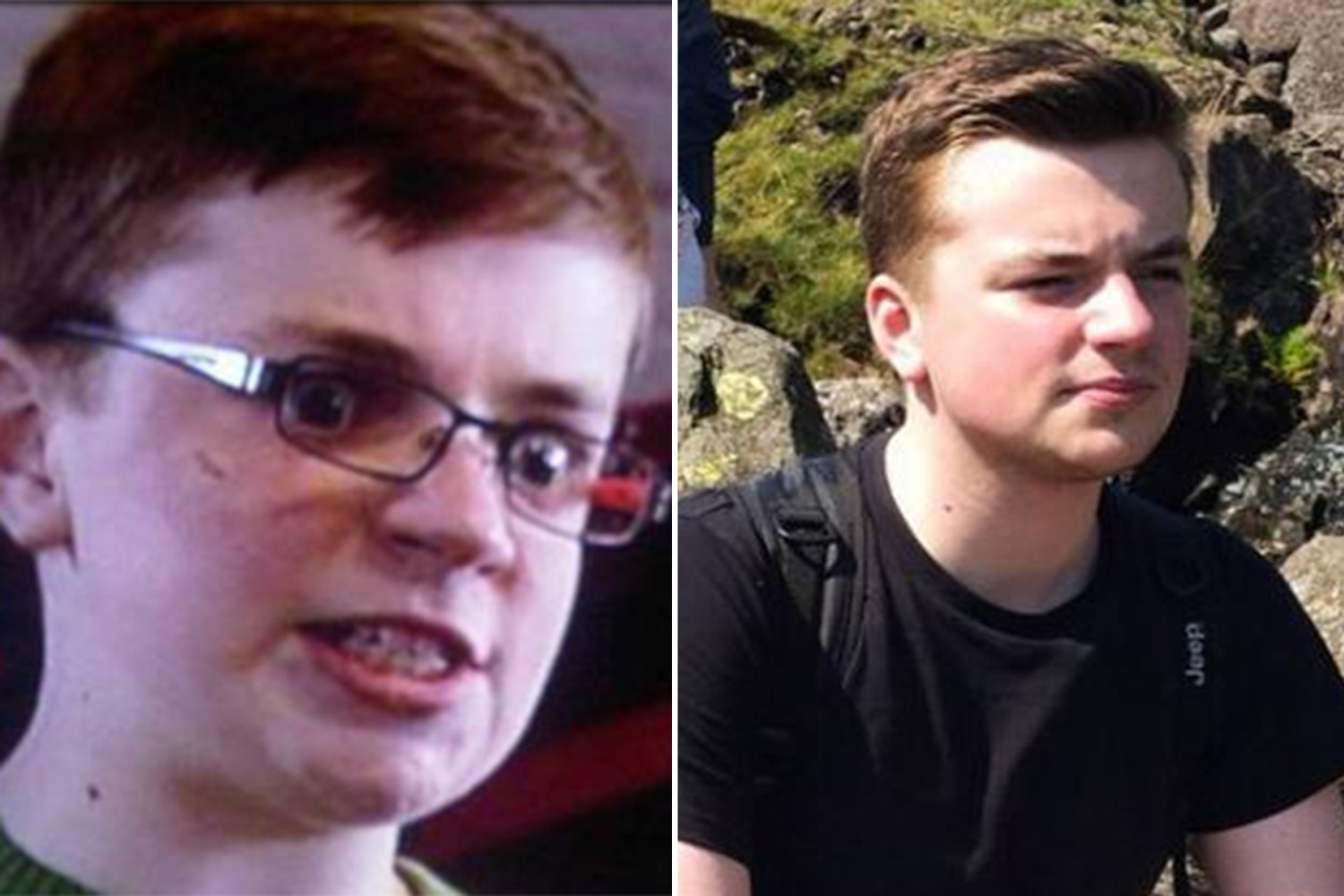 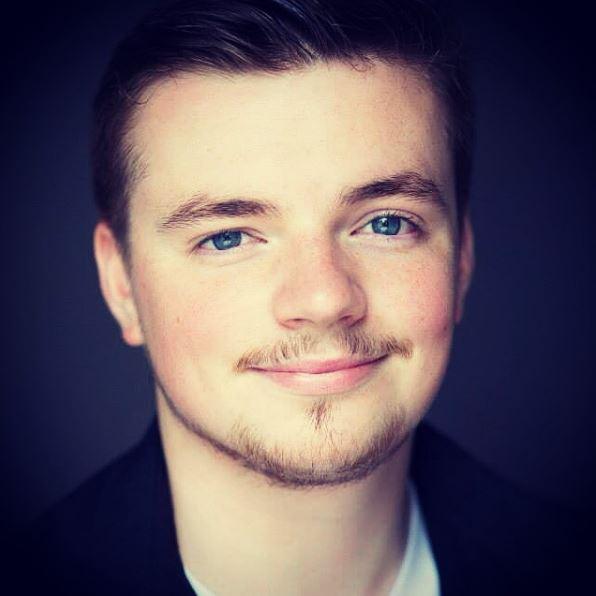 Charlie’s most memorable storyline was the physical and mental abuse he suffered at the hands of his dad Phil’s girlfriend Stella Crawford.

On the day of Phil and Stella’s wedding, Ben spilled the beans about what had been going on – prompting Stella to hurl herself off a roof.

Charlie is still acting and in 2020 appeared in the BBC adaptation of Noughts + Crosses, as well as Jingle Jangle: A Christmas Journey in the same year.

Prior to Jacquelina Jossa taking on the role, Max’s eldest daughter Lauren was played by Madeline Duggan. 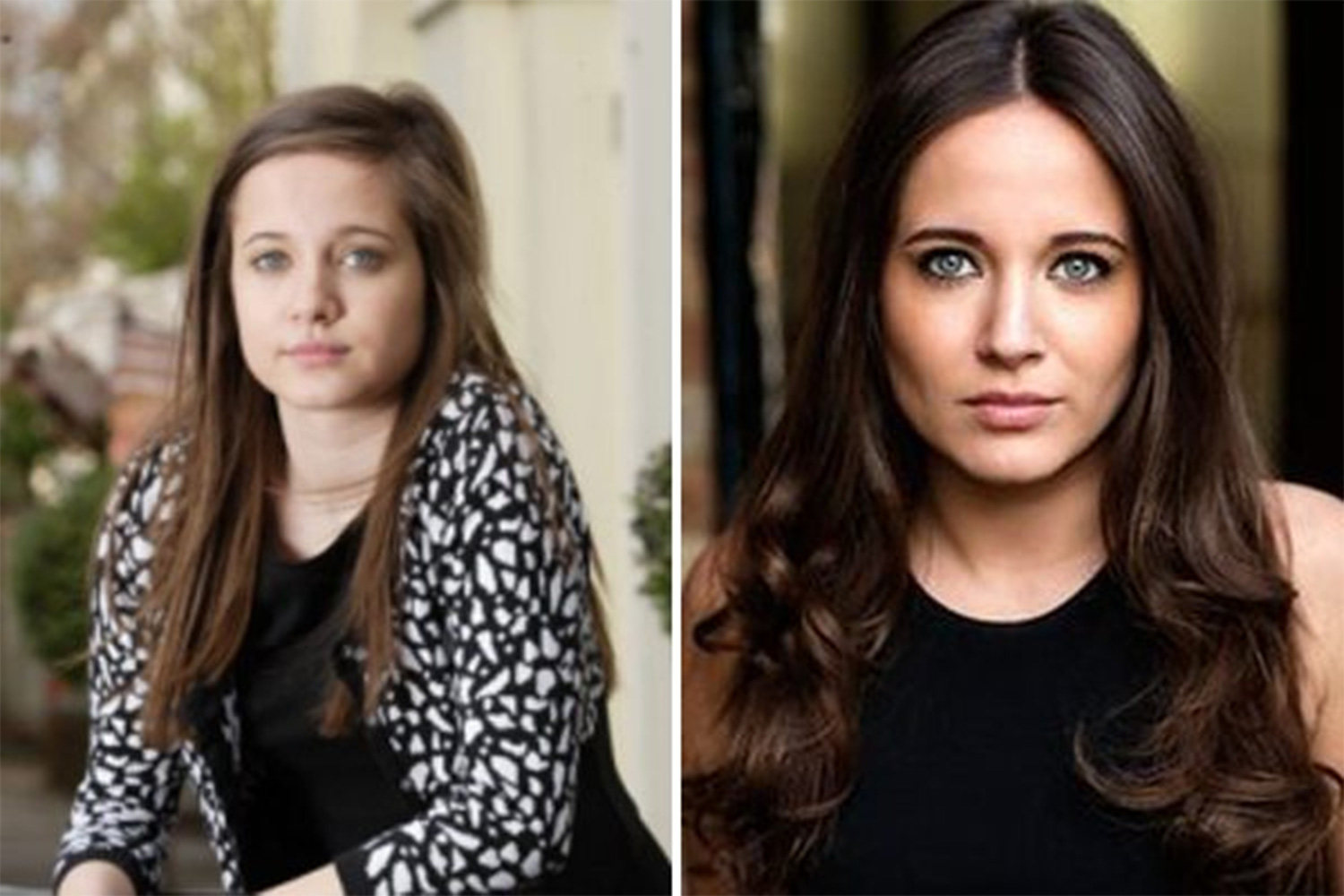 She joined the soap at the same time as Lorna Fitzgerald, who plays her screen sibling Abi Branning.

One of her juiciest scenes was when she exposed Stacey and Max’s affair during a Christmas special in 2007.

Madeline now looks super glam and is still acting, having appeared on Silent Witness in 2012, Channel 4 drama Dates in 2013 and Sky Atlantic’s The Tunnel: Sabotage.

Last year she told fans she was working part-time in a doctor's surgery as "being an out of work actress doesn't pay".

EastEnders fans had to do a double take when a photo of actor Jack Ryder was posted online by his pal Dean Gaffney (Robbie Fowler). 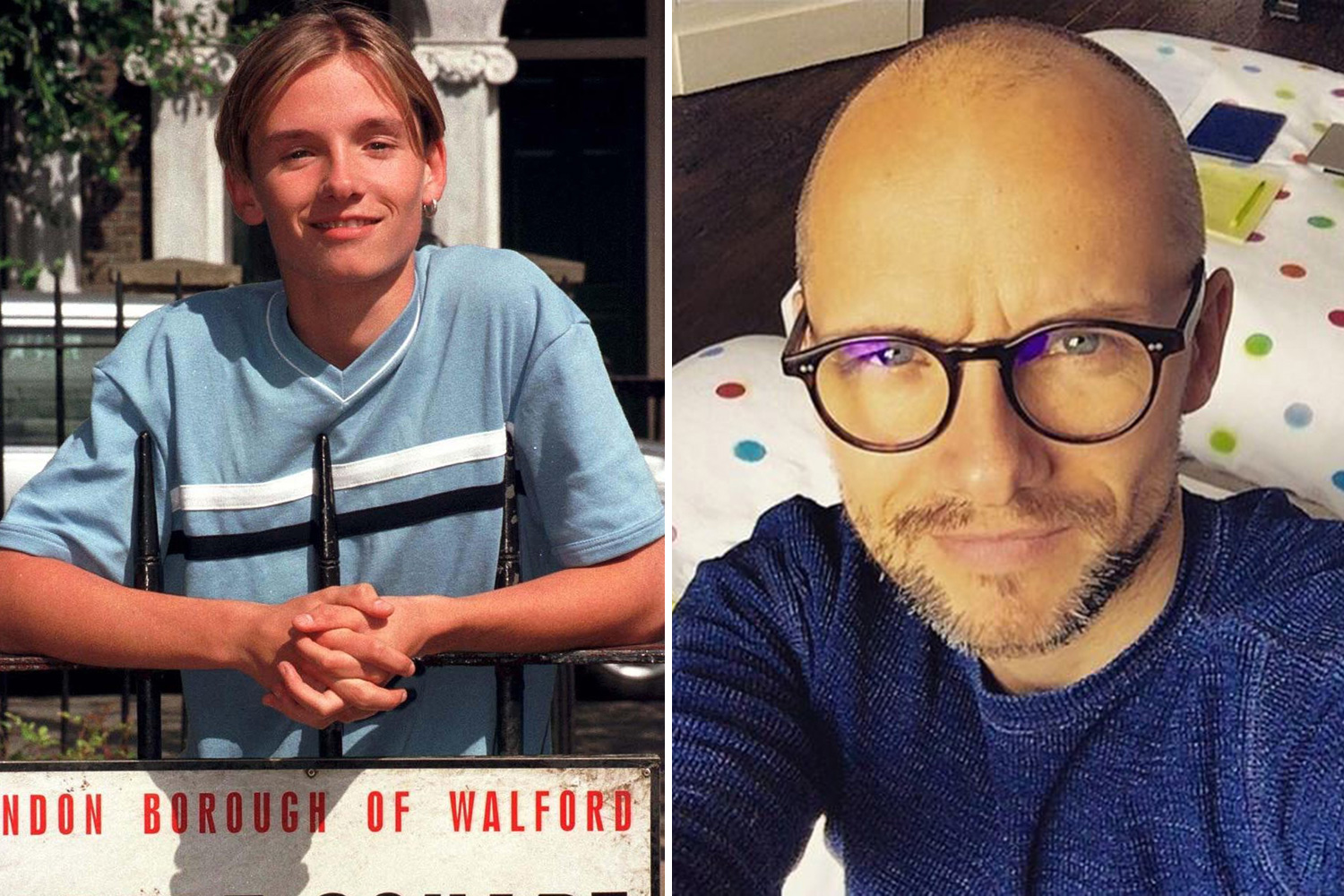 The teenage heartthrob is barely recognisable from his Walford heyday, sporting a lot less hair and a pair of geek specs.

After leaving the soap, Jack went on to establish himself in the world of directing for film and theatre.

From 2015 to 2017 he was at the helm for touring production The Fully Monty and also made a return to the small screen to direct an episode of Casualty last summer.

In 2019, he made his debut as Consultant General Surgeon Evan Crowhurst in the BBC medical soap.

Last year in May he published his first book, a children's novel called Jack’s Secret Summer.

Albert Square fans have been lucky enough to see Maisie Smith grow up on the show. 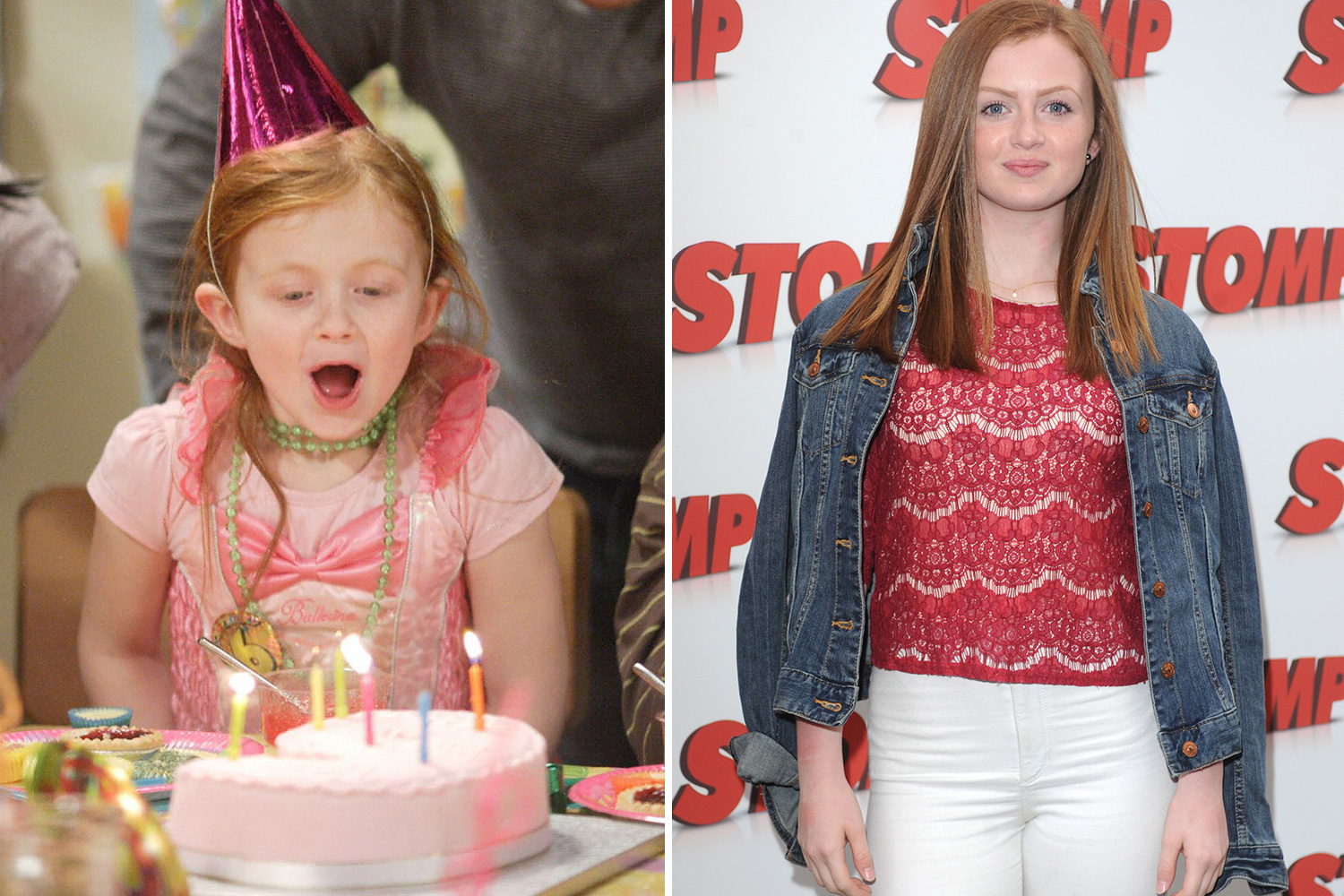 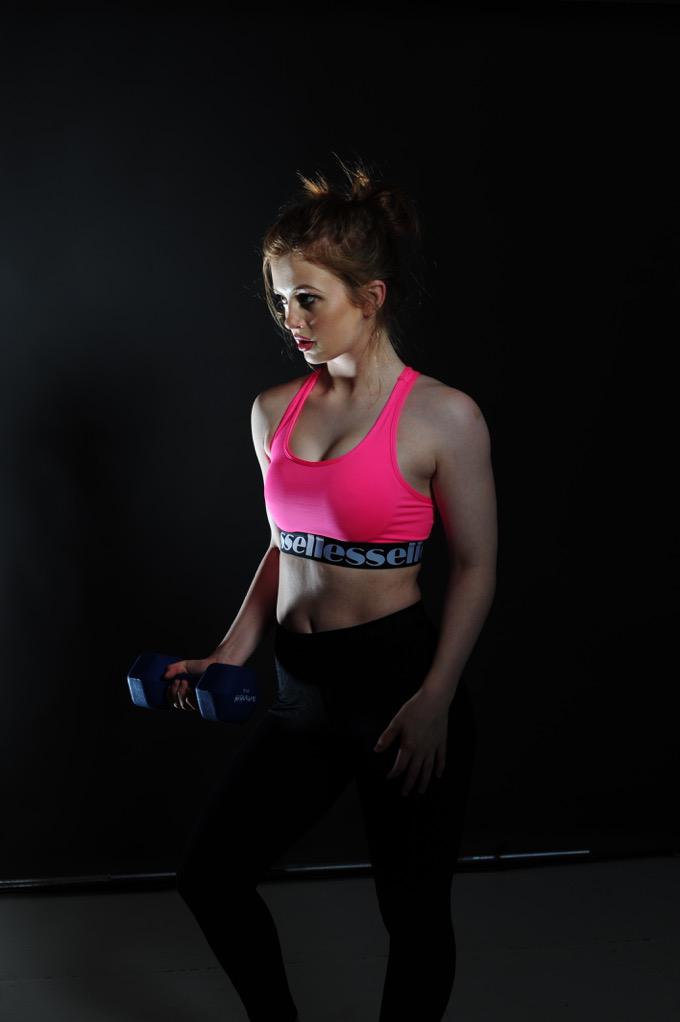 Having arrived in Walford in 2008, Tiff left the soap with mum Bianca, played by Patsy Palmer, in September 2014 when they moved to Milton Keynes.

During that time, the actress-turned-gym-bunny swapped her stint on the soap for Swiss balls, dumbbells and abs training and exclusively told The Sun Online she was getting fit as inspiration for her fans.

She launched workout programme Results 4 Teens and showed off her super toned abs and muscular arms in promotional shots for the campaign.

In 2016, the star returned to the show temporarily, before a more permanent return in 2018.

In 2020, she paired up with Gorka Marquez and came second in Strictly Come Dancing.

Carol’s son Billie arrived in Walford with half-brother Robbie and half-sisters Bianca and Sonia in 1993.

Bar a brief stint by Bluey Robinson in 2004 (who is now an MTV news presenter) he has always been played by Devon Anderson. 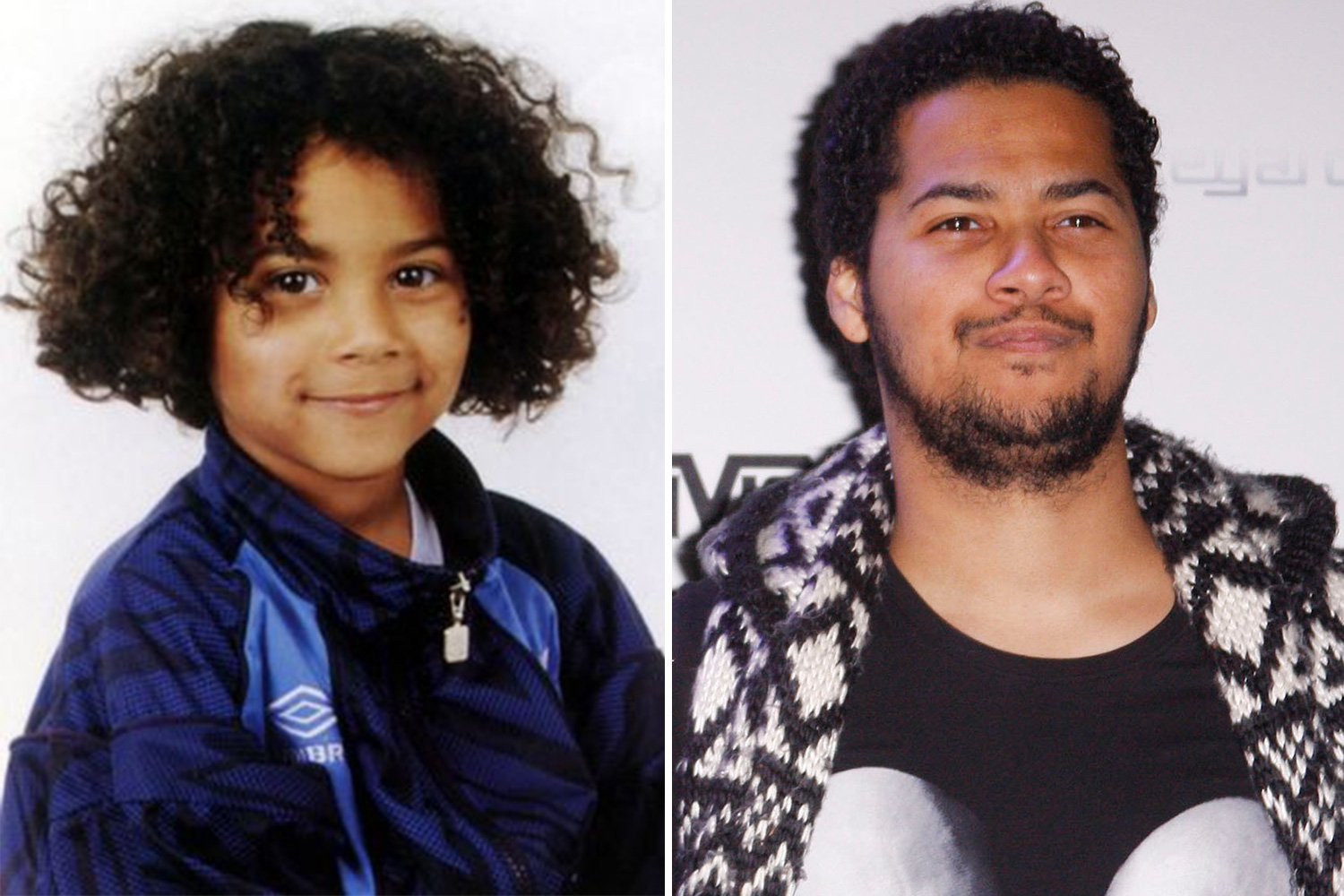 Billie died tragically of alcohol poisoning after downing a bottle of vodka at his birthday party.

His death was nominated in the Best Single Episode category at the 2011 British Soap Awards.

According to Devon's IMDB profile, he starred in a TV movie called My House Party, which aired in 2015.

He also had a brief appearance on Casualty in 2018.