What did the Whisperers say on The Walking Dead? 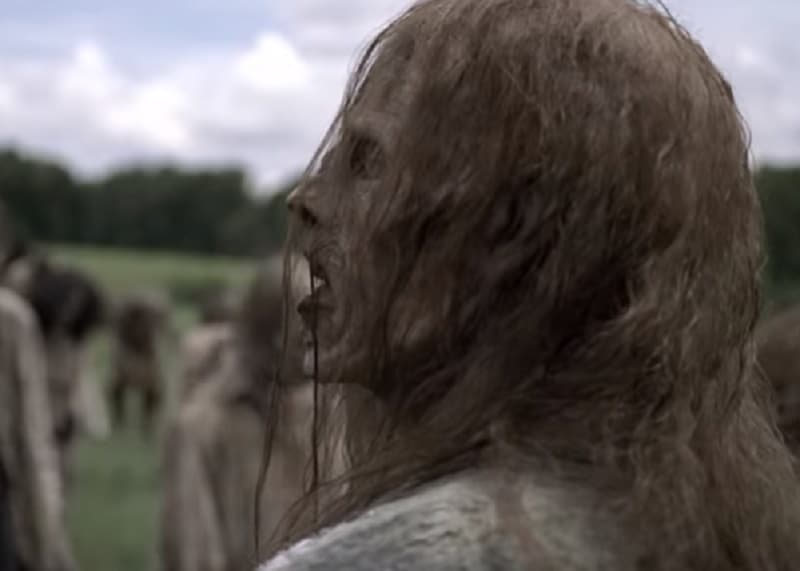 The Whisperers have finally appeared on The Walking Dead. During Season 9 Episode 8, they had additional lines, but the whispering made it difficult for some viewers to catch what they were saying.

At the end of the episode, one of the Whisperers appears to kill Jesus, but then whispers something in his ear.

“You are where you do not belong.”

This was a key moment of the episode, showing unsuspecting viewers that something momentous was taking place on screen. It is definitely a turning point for the show, with the groups of survivors about to face a new threat.

Earlier in the episode, as Daryl, Aaron, and Jesus were searching for Eugene in a barn, someone outside could be heard whispering, “where is he?” Eugene also stated that he was sure he had heard the walkers whispering to each other, even though he knew it sounded odd.

Things could get even more interesting when Negan, who just escaped in the latest episode, comes face-to-face with this new group.

Who are the Whisperers on The Walking Dead?

As shown when Daryl cut off the face of a walker in the last episode, the Whisperers are actually humans wearing walker masks. This not only allows them to hide in plain sight from humans but to remain safe from the walkers themselves.

That is exactly how the walker was able to get so close to Jesus, possibly ending the time of Tom Payne on the show.