West Side Story reminds its audience that “There’s a Place for Us.” Except, perhaps, for actress Rachel Zegler, who took to Instagram today to lament that she wasn’t invited to the March 27th Oscars ceremony in Hollywood.

Zegler, who plays “Maria” in the revival of the classic musical, was not nominated for any Academy Awards, but the film is up for seven, including Best Picture.

When a fan asked today on Instagram what she’s wearing to the ceremony, the truth of her snub came out.

“I’m not invited, so sweatpants and my boyfriend’s flannel” was Zegler’s response.

Naturally, outraged fans of the actress took up the torches and pitchforks when they learned of her exclusion.

“IDK y’all I have tried it all but it doesn’t seem to be happening,” she wrote. “I will root for ‘West Side Story’ from my couch and be proud of the work we so tirelessly did 3 years ago. I hope some last-minute miracle occurs and I can celebrate our film in person but hey, that’s how it goes sometimes, I guess. thanks for all the shock and outrage — I’m disappointed, too. but that’s OK. So proud of our movie.”

Though some of the blame is being cast towards the Academy, Deadline has learned the distribution of Oscar night tickets rests on the shoulders of the studios, which, in this case, is Disney.

Presuming she doesn’t make it to the red carpet, Zegler will next be seen in the DC superhero film Shazam! Fury of the Gods, which is scheduled for theatrical release this December. She will also play the title role in Disney’s Snow White remake.

Deadine has reached out to Zegler’s representative, the Academy Awards, and ABC, which is televising the event. We will update when they respond.

UPDATE: Zegler has responded to the fan outrage and urged calm. 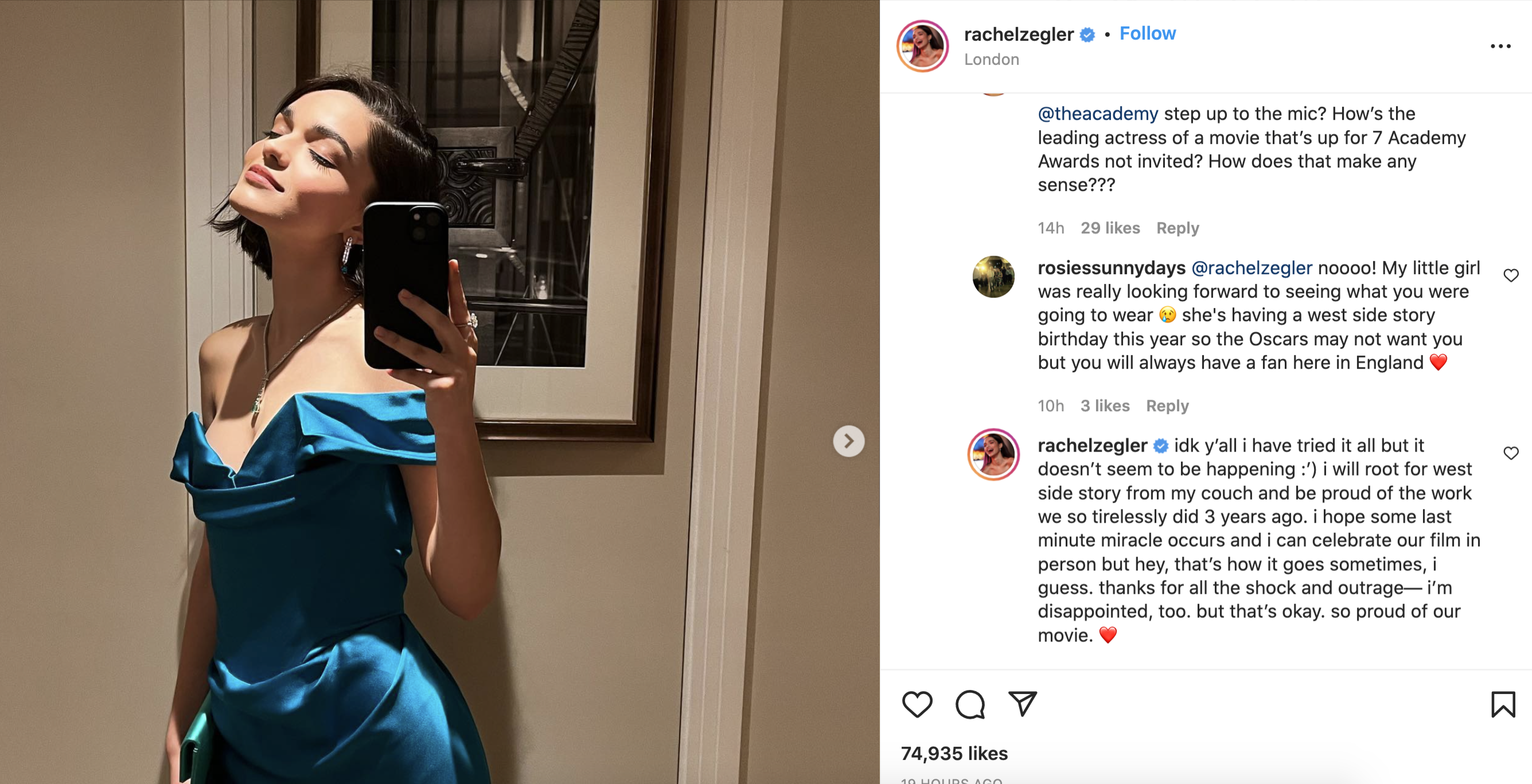