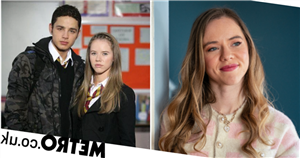 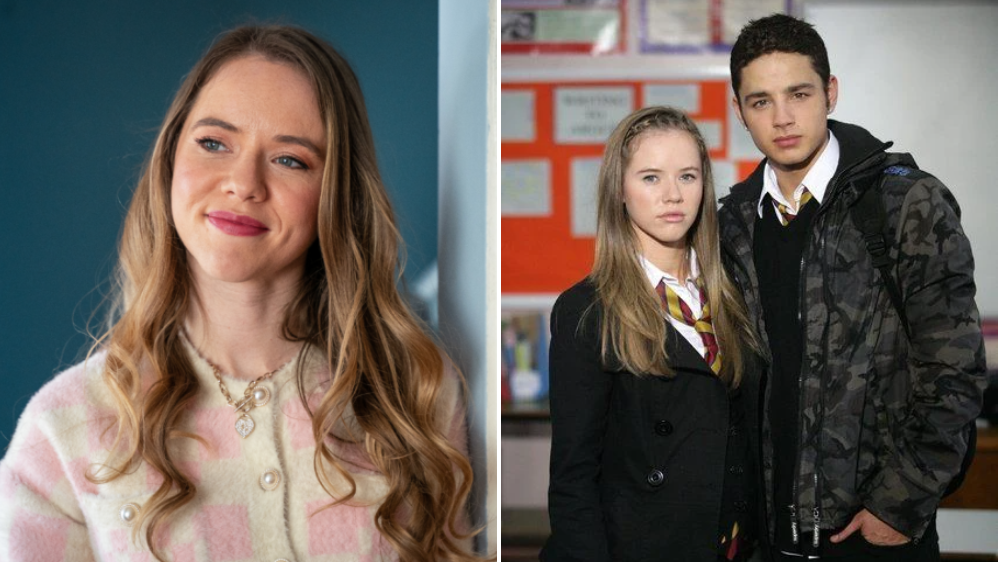 One of the biggest points of excitement around the return of Waterloo Road was the comeback of original characters Chlo and Donte Charles – so fans had the rug well and truly pulled from under their feet when Katie Griffiths’ popular alter-ego died at the end of episode one.

And, while the actress was aware that she was only coming back for a short time, she was just as shocked herself when she was told of Chlo’s fate, and described her ‘mixed emotions’ in an interview with Metro.co.uk.

‘I was very intrigued from the start when the producers said they wanted the character back for one episode only, so in the days leading up to the meeting I was thinking what the storyline would be,’ Katie told us.

‘When they told me, I was of course shocked! It was a feeling of mixed emotions – excitement the show was coming back and being reunited with Adam and Angela but also sad as I wouldn’t be able to be as involved.

The overriding feeling was hearing that fans had expressed an interest in bringing these three characters back should there be a new series, so being included in that was a really nice feeling.’

Viewers are still recovering from the shock twist, and the reaction online has been almost as overwhelming as the announcement that Waterloo Road was finally coming back to our screens.

‘I’ve had so many lovely messages since the announcement, I’m incredibly touched at how many people love the character,’ Katie smiled.

I’m not going to lie it has been quite tough keeping [Chloe’s death] a secret, I couldn’t say anything. Now I can breathe.

‘I think the show wants to explore themes such as grief and Chlo’s death is the vehicle for that. She joins a long line of loved characters who have died on the show so I hope she’s remembered as fondly as they are!’

Watching the family love and dynamic of the Charles clan was a brutally short experience, but the chemistry between Katie and Adam Thomas, who plays Donte, was very much still there.

And it’s something that Katie adored revisiting.

‘It was really nice, it sort of felt like we slotted right back in, we had a laugh. Watching Scarlet and Teddy work with their uncle and dad was fantastic too, they’re both stars in the making.’

Will she keep watching as the show continues? There’s no doubt in Katie’s mind.

‘Yes!’ she declared, without hesitation. ‘Adam, Scarlet and Teddy will smash it for sure, Angela [Griffin, who plays Kim] is fantastic as the new Head and the new cast are just incredible so I know it’s going to be a great show!’

It’s a show that really kicked things off for Katie, who tells us that she ‘loves her job’ and will ‘keep working as much as possible.’

She added: ‘Revisiting the show has been a whirlwind of emotions, being able to come back and do it all again has been amazing.

‘It is sad there definitely won’t be any more Chlo, she and the show have been a big part of my life. I feel I’ve come full circle though now almost, this was the role that started my career and I’m excited for the next step.’