After NASA had successfully managed to fly a small aircraft on Mars for the very first time, BBC Breakfast hosts Dan Walker and Louise Minchin were on hand to speak to two leading professors about the groundbreaking feat. However, before they could cut to the interview, a replica drone had been popped into the BBC studio to add an exciting element to the chat. But as it began to fly around the set, it’s safe to Louise was left rather on edge.

Shortly after discussing the weather forecast with Carol Kirkwood, Dan could barely hide his excitement at the hi-tech device joining them in the studio.

“Oh, is it time to release the drone, Louise?” Dan asked as the drone sat still on the table.

Louise replied: “Yeah, we’re ready, so there is our little drone.”

Explaining why it was there, Louise continued: “So NASA has successfully flown a small helicopter on Mars, the first-ever -“ 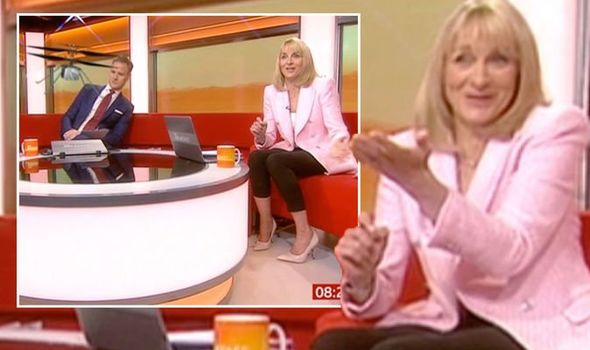 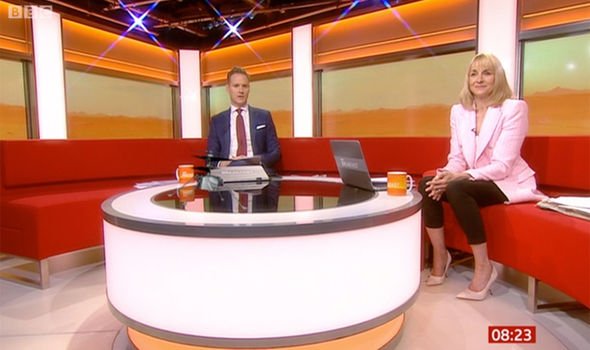 But at this point, the drone began to fly and hover around the studio, prompting Dan to duck out of the way.

“Better get out the way,” Dan said as he tried his best to avoid being hit by the small aircraft.

“And here is our very own version of it,” Louise said as she tried to stay on script, but this proved a lot easier said than done.

“Watch out, Dan!” Louise squealed as she too began to shuffle away from the drone. 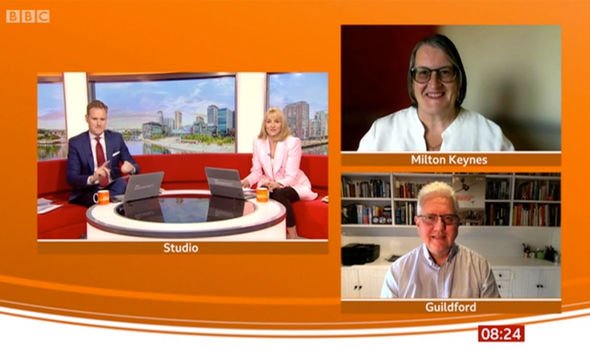 Luckily for the pair, however, the drone was landed back on the table without crashing into them.

And Dan continued: “It’s nice to have that live in the Breakfast studio, a small little drone which is about land carefully I hope.

“It’s [NASA’s] called Ingenuity, it was in the air for less than a minute and reached the height of about sort of three metres off the floor where it hovered briefly before coming back down.”

“A bit like the one here,” Louise interjected but the mishaps didn’t stop there.

DON’T MISS:
Piers Morgan reacts to Kirstie Allsopp’s plea to get host back on GMB
Carol Kirkwood hits back at Dan Walker as he teases Line of Duty facts
Louise Minchin disrupted as co-star’s report derailed by pet pooches

“Almost exactly like you’ve seen there,” Dan added. “And NASA is promising more adventurous flights in the next few days as well.”

After he’d finished his lines, Dan waited for Louise to continue the segment but a brief awkward silence descended on the studio instead.

“I’m just so fascinated. I want to make it happen again,” she laughed as she tried to get the show back on track.

“You’re so mesmerised,” Dan joked with his co-host.

Louise then welcomed Professor Monica Grady and Professor Andrew Coates onto the programme as they discovered more about the monumental moment in the history of science.

Luckily, the drone stayed stationary for the rest of the interview and Dan and Louise escaped unscathed.

BBC Breakfast airs daily at 6am on BBC One.