Was Saul Meet-Up a Delight? Did Spock Burn His Shorts? Did Rookie Form Bad Plan? Can Katy Perry Not? And More Qs 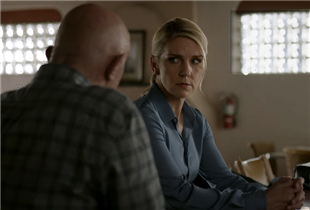 We’ve got questions, and you’ve (maybe) got answers! With another week of TV gone by, we’re lobbing queries left and right about lotsa shows including Ozark, The Rookie, The Circle and Star Trek: Strange New Worlds!

1 | Now that we know Lamb’s connection to River Cartwright’s grandfather on Slow Horses, do you think Lamb is trying to save River or destroy him?

2 | Did the conversation between Ozark‘s Ruth and Killer Mike make you want to fire up Nas’ “Illmatic” ASAP?

3 | Regarding Jamie’s predicament on Blue Bloods, would a buddy’s wife really serve THC-laced guacamole, and with no heads-up, when having a cop over for dinner? 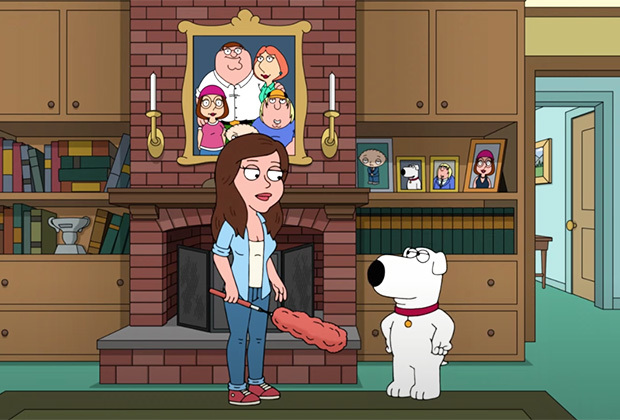 When was the last time Family Guy took us into the Griffins’ den? Did anyone else watching on Sunday think this was an entirely new room?

7 | Instead of relying on FBI trainee Simone’s “life experience” 🤷🏻‍♂️ to surmise where the truck bombs would be headed, why didn’t The Rookie ask that traffic expert whose data was stolen in the first place? And when Grey and Garza went to the local CIA office, did you think, “Oh, there’s next year’s spin-off”?

8 | On Call the Midwife, did Sister Monica Joan’s crow friend cause all of this calamity or can we firmly put the blame on Lionel’s shoulders?

9 | Why didn’t Fear the Walking Dead‘s Arno yell for help as soon as Daniel threw him into the cage in which he was going to be served to walkers? And when Arno finally did scream bloody murder, why did only Luciana and Wes hear, none of the Stalkers? 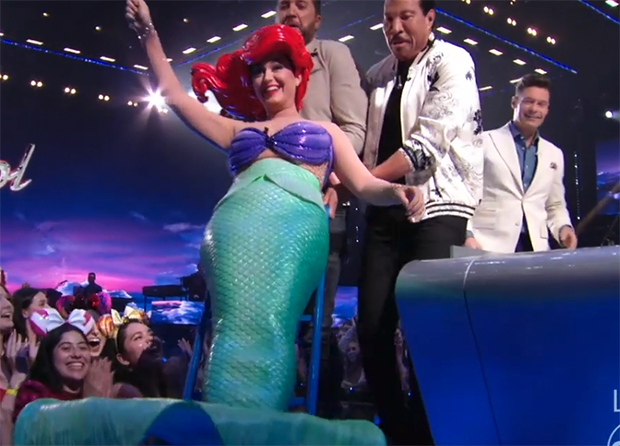 11 | On All American: Homecoming, wasn’t Lil Nas X’s “Montero (Call Me by Your Name)” kind of a curious song choice for a montage of Damon working out and thinking about his birth parents?

12 | If (if!) The Endgame gets renewed and Lady Belok presumably has a greater presence, should they “stunt recast” her with more of a “name” actress?

13 | Actual surprise or not, did you squeal when The Good Doctor‘s Antonia Thomas as Claire first reappeared at Shaun and Lea’s joint karaoke-themed bachelor/ette party? 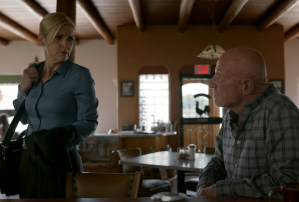 14 | Better Call Saul fans, did you cheer a little (or a lot) when you saw Kim and Mike finally share a scene together this week?

15 | Which Young Rock casting delighted you more: Stone Cold Steve Austin or Triple H? And are you hoping to see them on the show again?

16 | Given how emotionally fraught This Is Us‘ final season is, wasn’t it kind of a relief that the circumstances of Miguel’s death were handled nearly entirely off-screen? And as beautiful as this week’s episode was, how did it take the show six seasons to finally give us a Miguel backstory episode?

17 | Any other New Amsterdam viewers have a hankering for a calzone after this week’s episode? And given her absence over the last couple episodes, were you hoping against hope that Veronica had left for good offscreen?

18 | Was The Resident‘s Leela really let back into the operating room just like that? After falling asleep during surgery and nearly maiming a patient just days ago?

19 | How is it possible that so many contestants on The Circle don’t know what a memoir is? 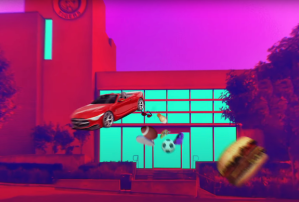 20 | How many potential viewers of the now-cancelled Saved by the Bell revival do we think tuned out after the first few minutes of Episode 1, after they were subjected to the terrible new rendition of the iconic theme song?

21 | Does The Conners owe us the time back for all the episodes this season that insisted, scene after scene, that Darlene and Ben were never, ever getting back together? And wasn’t the B-story involving Christopher Lloyd as Mark’s contrabassoon tutor just a rehash of the Season 1 episode where Darlene got mad at Ben for being too hard on her son during piano lessons?

22 | Survivor fans: Where does the line start for the Omar fan club? Should the group have kicked Jonathan to the curb instead? And did you follow Maryanne’s rant about “Survivor Jenga”?

23 | Does The Equalizer’s two-season renewal come with a guaranteed Robyn and Dante ‘ship?

24 | Anyone else loving the fun, chaotic vibes in Star Trek: Strange New Worlds‘ series premiere? Who else thinks both Pike and Uhura can talk everyone into world peace? And do you think Spock burned those schoolboy shorts once they returned to the Enterprise? Additionally, who do we talk to about a medical spinoff with Dr. M’Benga and Nurse Chapel? 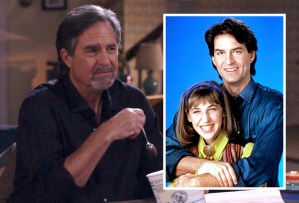 25 | Call Me Kat fans, did it take you a moment to recognize that Kat’s deceased dad was played by Mayim Bialik’s former TV dad, Blossom’s Ted Wass? If Kat was struggling to keep the cat café afloat, how is she supposed to afford to keep it open while also going on a months-long European getaway? And considering the series has yet to be renewed, wasn’t it a bit bold of Kat to turn to the audience and say, “See you in a few months,” as the finale drew to a close?

26 | As Grey’s Anatomy viewer Zak asks, “anyone else feel the metaphor that is Meredith wanting to go to Minnesota and leave Grey Sloan behind and Ellen Pompeo (probably) wanting to be done with the series but doesn’t want everyone to lose their job?” On an unrelated note, how lovely was it to see Owen’s compassionate response to little Leo identifying as female?

27 | Now that SVU‘s Rollins and Carisi have declared their relationship to their superiors, why was Rollins so cagey about it with Khaldun?

28 | Hey, we’re no dendrologists, but would the bullet that Law & Order: Organized Crime’s wee Elliot fired into that tree some 50 years ago have been so easy to find/dig out? 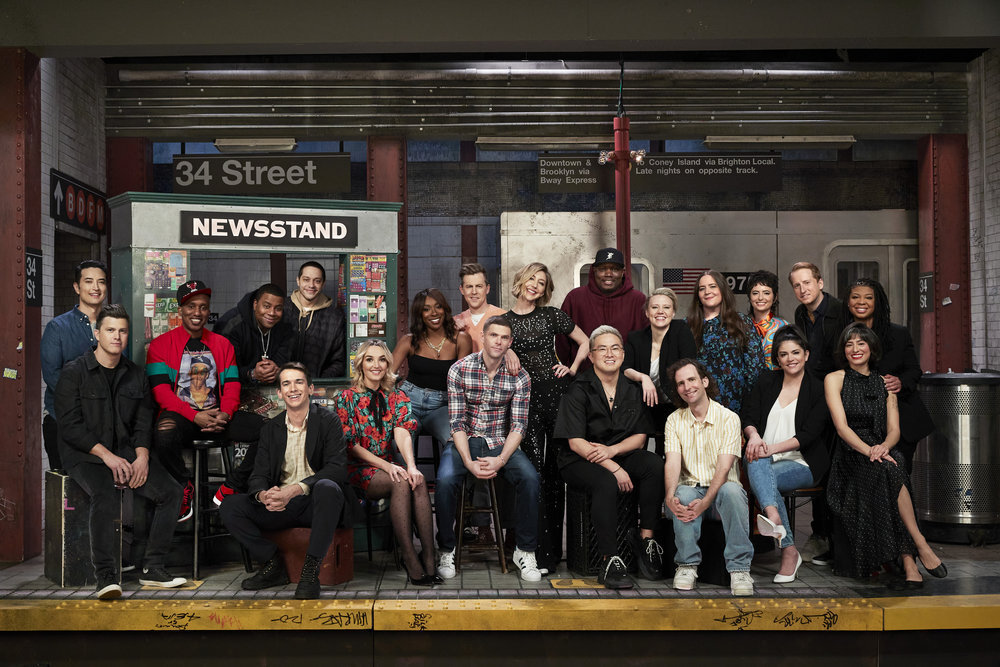 29 | What are the chances SNL’s Pete Davidson (who has been M.I.A. for a large chunk of Season 47) was actually present for (and not Photoshopped into) this newly released cast photo?

Hit the comments with your answers — and any other Qs you care to share!