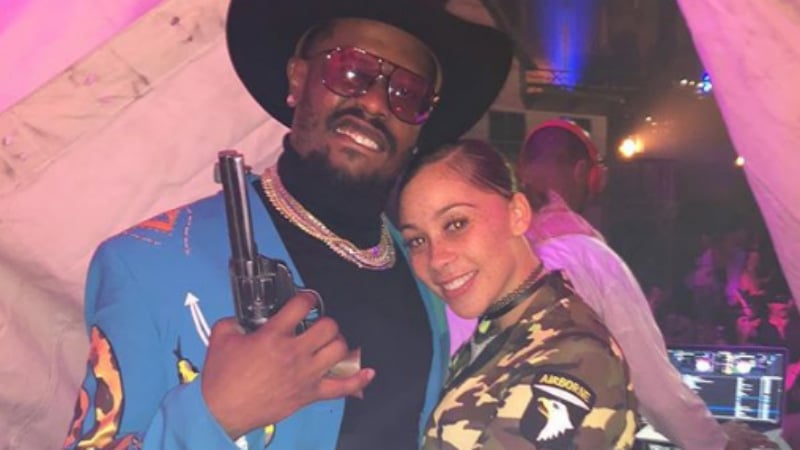 It seems as though Von and Megan have gotten engaged. In an Instagram post, the Broncos star posted a photo with his girlfriend at a Halloween party and the caption included a ring emoji.

Many fans were quick to congratulate the couple on their engagement.

Megan Denise was previously linked to rapper Lil Yachty, who she was rumored to have been dating last year.

The Las Vegas stripper has over 1 million fans on her Instagram account and worked at boxing superstar Floyd Mayweather’s strip club The Girl Collection.

@vonmiller save a horse ride a cowboy ?❤️

The stunning Instagram model seemingly has a daughter — in one post describing her as her motivation. Von Miller has not been linked to any other women since beginning his NFL career in 2011.

The Instagram model has leveraged her huge fan base with an apparel company. Her merchandise includes hoodies, t-shirts, and hats featuring the model. Showing her dedication to the relationship she has a ‘Vonnie’ tattoo on her chest.

Although the engagement has not been officially announced, it seems like the couple is eventually making their way to the aisle.