Virgin River fans cringed as new arrival Dr Cameron Hayek (played by Mark Ghanimé) confessed his feelings for Mel Monroe (Alexandra Breckenridge) even though she was pregnant and engaged. However, many believe he will soon get over his crush and spark a budding romance with Tara Anderson (Stacey Farber).

In season four, Cameron arrived in the town of Virgin River as the town’s new doctor, where he worked alongside Doc Mullins (Tim Matheson) and practitioner Mel.

However, after getting to know his colleague, he began having feelings for her and eventually confessed this to Mel.

This was sparked after she told Cameron the reason women swarmed to the clinic was that “you’re new, you’re young, you’re nice looking”.

Although the crush was innocent enough, Mel immediately shut off when the doctor proceeded to warn her about her fiance Jack Sheridan’s (Martin Henderson) drinking. 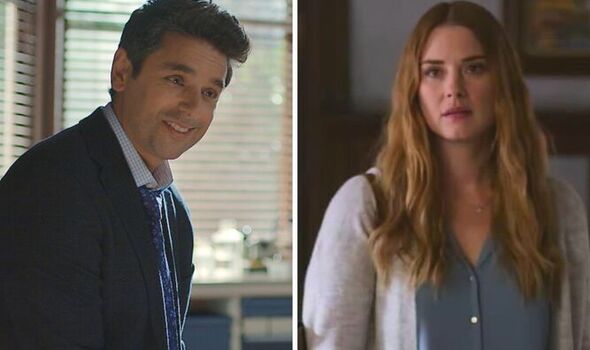 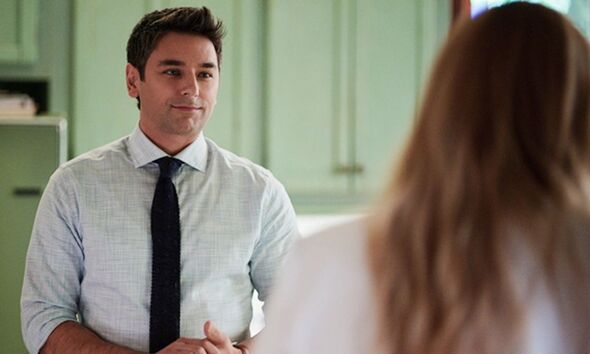 This didn’t go well as she walked out of their lunch, clearly offended.

While he didn’t seem to have any luck with Mel, fans are convinced season five will see him explore things with Tara.

Taking to a Virgin River fan page, the Redditor asked other fans: “Does anyone feel like Tara and Doc Cameron could potentially be a thing?

“I mean the way she looked at him signals a potential spark, he also looked at her, but Idk know if that is like an ‘I like her’ look or not.” [sic] 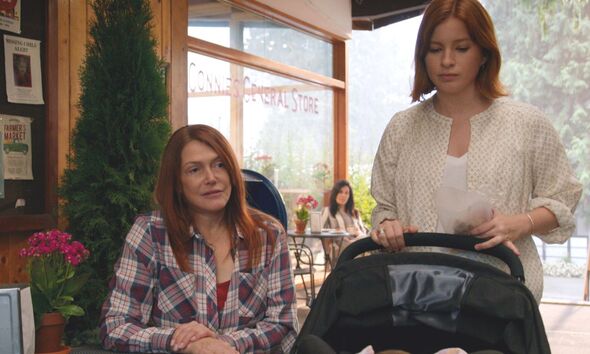 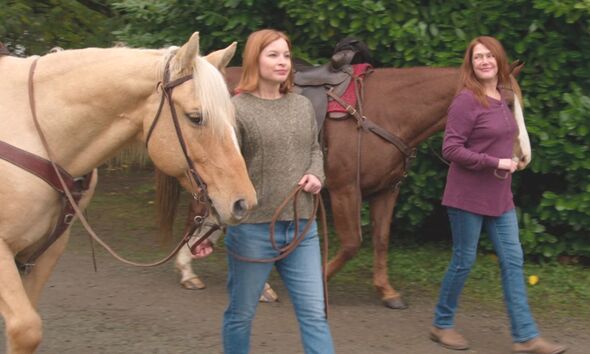 The fan continued: “I feel like once he gets over Mel, I think Tara might be an interest for him. With everything she has been through, she legit deserves the world.”

Another viewer Complete-road-3229 agreed: “I can see it. I don’t know if the chemistry would be there but I can see it being explored.”
A third fan Beneficial-Thought-82 added: “I’m all for this. I reckon it would be a nice little side story.”

Viewers will know Tara hasn’t had the easiest few seasons and could be overdue some happiness.

Although she was first introduced in season three, Tara was often mentioned when the show first began in 2019.

She was revealed to be the daughter of Lilly (Lynda Boyd) who was eventually brought into the frame after abandoning her baby at the clinic, which sparked a frenzy among the locals.

Lilly had been suffering from postnatal depression and wanted to give up her daughter Chloe for adoption but later changed her mind after receiving support from friends.

After Lilly discovered she had pancreatic cancer, this prompted Tara to move to Virgin River to help her mother.

As their mother and daughter relationship grew and got stronger, the happiness was short-lived after Lilly died.

Tara had been making dinner only to find out her mother had died in her sleep.

Cameron and Tara soon came across each other after she visited the clinic following a dizzy spell, where she confessed she wasn’t coping well.

Although he and Mel agreed to help her with meals and childcare, season five could see Cameron and Tara getting closer and eventually getting into a romantic relationship.