Brady (played by Benjamin Hollingsworth) was left as stunned as everyone else in Virgin River when he was placed in handcuffs in front of girlfriend Brie (Zibby Allen) for the attempted murder of pal Jack Sheridan (Martin Henderson) at the end of the Netflix drama’s third season. However, heading into season four, it looks like the likes of Preacher (Colin Lawrence) and Jack himself will be doing all they can to prove his innocence.

And in the new trailer released by Netflix to tease what’s in store in the fourth run, it seems they have the evidence to do so.

While the promo is dominated by Mel (Alexandra Breckenridge) and Jack’s paternity struggle, there is a glimpse into Brady and Brie’s storyline.

“I need you to see something the PI [private investigator] sent,” Preacher says to Jack in the trailer.

As he shows Jack his phone, he zooms in on a photo of Vince (Steve Bacic), the abusive uncle to young Christopher (Chase Petriw). 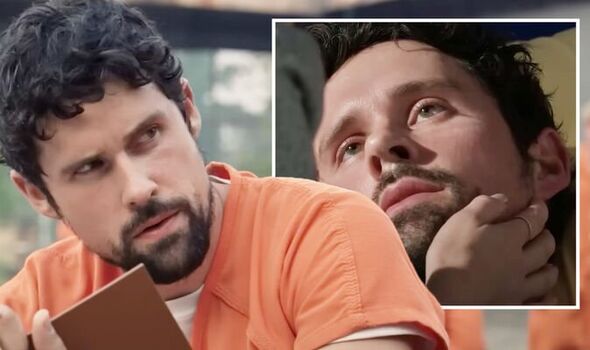 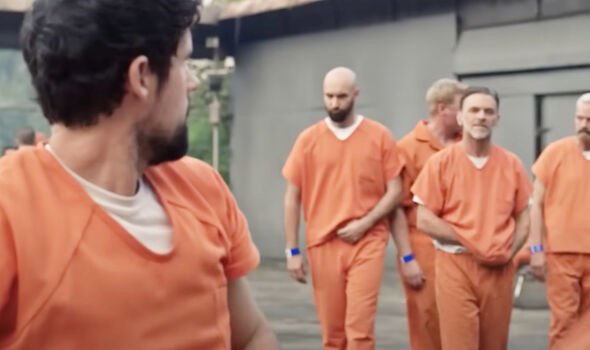 Vince arrived in Virgin River in season three looking for answers following the disappearance of his brother Wes (also Bacic).

Unbeknownst to him, he’d been murdered by his ex-wife Paige (Lexa Doig) after years of abuse and Preacher was on hand to cover up the tracks.

In response to seeing the implicating snap of Vince, Jack says: “Brady didn’t shoot me.

“We’ve gotta get him out of there,” he adds before the trailer cuts to Brady in prison. 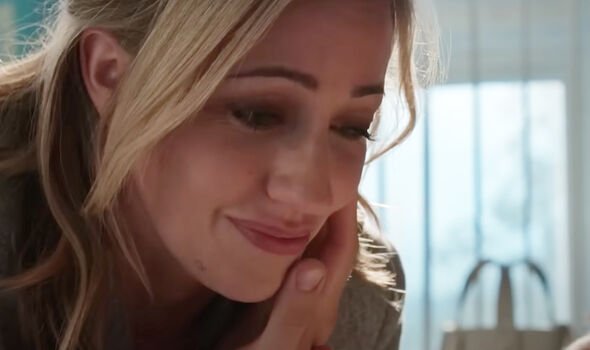 Donned in an orange jumpsuit in the prison’s courtyard. Brady is then shown reading before an inmate approaches behind.

In what could be deemed as the first piece of evidence to suggest a deadly ending for Brady, the inmate is clearly hiding something up his top.

Could this be a knife or other weapon used to attack Brady while he’s falsely imprisoned?

The inmate also looks like Jimmy (Ian Tracey), the righthand man of Calvin (David Cubitt) who fell onto law enforcement’s radar when Brady gave them up.

Could this be Jimmy’s way of getting revenge by attacking or even killing him behind bars?

Brady certainly looks like he’ll be in a perilous scenario but this isn’t the only scene to support the theory he could be killed off.

Later in the trailer, Brie finally gets to come face to face with her beau after last seeing him being arrested.

However, it doesn’t look like Brady is in the healthiest of states, with a tearful Brie placing her hand on his face.

Brady looks up at her from his bed clearly unwell, but the cause of his bed-bound state remains unknown.

Could this be Brie’s final goodbye on his deathbed following the attack?

If he is left fighting for his life, it would certainly explain why Brie looks tearful and would explain what happens in the prison courtyard.

For now, though, fans will have to wait until Virgin River season four arrives to find out for sure.