The sixth and final instalment of Vikings concluded the epic tale of Ragnar Lothbrok (played by Travis Fimmel) and his sons last December. However, the popular History series, also available around the world on Amazon Prime, continues to attract new fans, some of which have taken issue with the series’ questionable plot developments.

Yidu’s introduction in season four coincided with Ragnar developing a debilitating addiction to opioids, which sent him into a rage.

Originally part of a group of slaves trapped in Francia and brought to Kattegat, Yidu’s Asian features made her a curiosity among the medieval Scandanavians.

She is then bought by Ragnar’s second wife Aslaug (Alyssa Sutherland) as a servant, and soon comes to her husband’s attention. 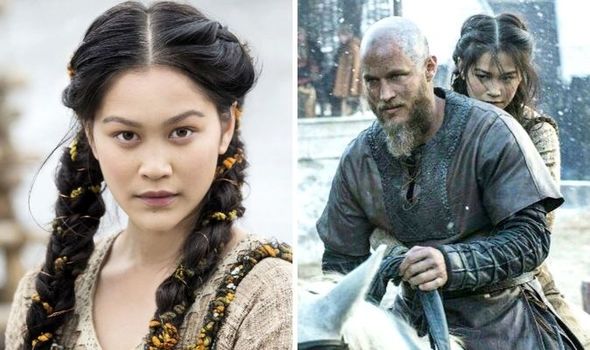 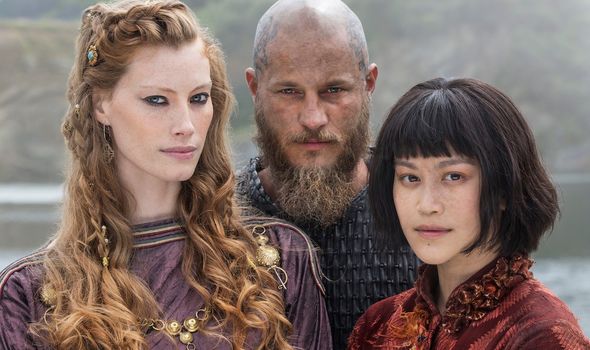 Their problematic relationship came to a brutal end in season four, which aggravated one fan enough to take their criticisms to Reddit.

They posted: “I thought it was weird how the show had him go off on this crazy opioid addiction.

“[They] take the time into developing Yidu’s character, only to have him kill her? And then nothing comes of it?”

Yidu introduced Ragnar to opioids as a method of coping with what was most likely a kidney failure following the siege of Paris. 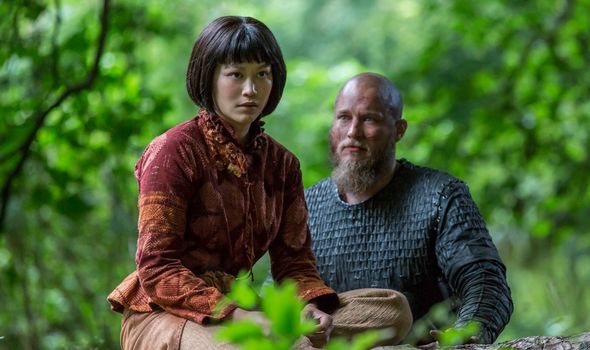 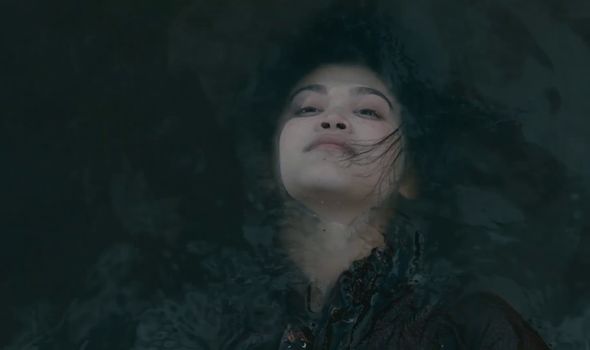 However, their short fling took a nasty turn when Yidu refused to provide more of the drug, causing Ragnar to drown her in a fit of rage.

Crucially, the eighth episode of season four, ‘Portage’, made sure to confirm that Ragnar’s sons Hvitserk (Stephen Rockett) and Ubbe (Luke Shanahan) were present at her drowning.

Some fans may have thought Ragnar’s actions would have impacted his family’s opinions on him as the series progressed.

This glaring omission in Ragnar’s developments has already sparked a number of arguments among fans, causing this newcomer to the series to weigh in with their own take.

They continued: “The show made a point to show the young songs witnessing what he did, so I thought it might have an effect on their relationship or cause an issue somehow

“But literally nothing happens and it wasn’t brought up again. Did I miss something?”

The viewer conceded that the event may be brought up later, but they were right to point out how Yidu’s death failed to make an impact on the rest of season four.

Although her drowning was instrumental to conveying Ragnar’s character development by that stage, most fans agreed it was more or less irrelevant to the overall story.

For example, when the clip was posted on YouTube, another fan commented: “Probably the dumbest thing I saw in Season 4. Just why?

“Why would you kill off a character that could have been major in the future? What was the point of even putting her in the show if she was to get killed off that quickly?!”

Ragnar’s own journey came to a violent end in the finale of season four, leaving viewers with several unanswered questions heading into Vikings’ divisive final instalments.

Vikings is available to stream on Amazon Prime Video.