'Vikings': How Could Bjorn Ironside Become Greater Than Ragnar Lothbrok? — Fans Weigh In

Vikings has shown us some of the greatest names of the Viking Age. Ragnar Lothbrok (Travis Fimmel) is one of those. His son, Bjorn Ironside (Alexander Ludwig) is another. Is there a chance that Bjorn could actually become greater than his father in the end? Read on to learn what fans are saying. There are spoilers ahead for season 6 of Vikings.

The Seer speaks to Ragnar Lothbrok about his sons

The Seer (John Kavanagh) foretold that Ragnar would havenumerous sons, which does end up happening. In season 2, Ragnar asks him againon another occasion about his sons and their futures and he learns more than hewants to about Bjorn in particular.

“The sons of Ragnar Lothbrok will be spoken of as long asmen have tongues to speak,” the Seer tells Ragnar.

“They will enjoy that much fame?” Ragnar inquires.

“One of them will marry the daughter of a king. Another willdiscover and sail around the sea that has no tides. All this and more have I foreseen,”the Seer cryptically says.

“Then they will have more famethen I?” Ragnar asks. “Their father? What about Bjorn? What about my son Bjorn?”

“It was of him I was speaking,”the Seer tells him.

Bjorn Ironside is supposed tohave an important future ahead of him even then, and he does indeed go on to dogreat things. Fast forward to season 6, and Bjorn has made himself King ofKattegat. So, could Bjorn end up being greater and possibly more famous than hisfather Ragnar?

After Bjorn takes the crown, he’s visited by the Seer andtold of his future. “No one will ever forget the name of Bjorn Ironside,greater than Ragnar,” the Seer says.

Could Bjorn be greater than Ragnar? Fans weigh in 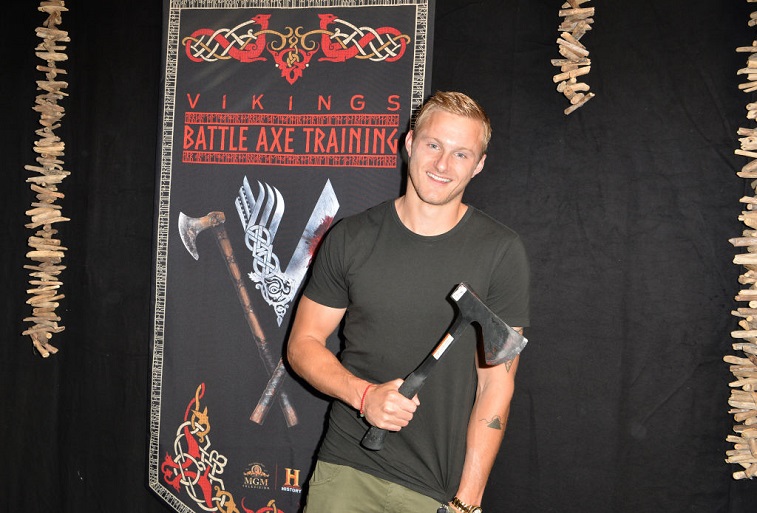 Now that Bjorn Ironside won’t become King of all Norway asthe position is filled, he could choose a different path and carve out a newfuture for himself. Could Bjorn travel to Iceland and make a bigger name forhimself than even his father?

“The one thing I could see making Bjorn potentially greaterthan Ragnar is if he and any defectors from the new rule over Norway sail toIceland and he succeeds in setting up a functioning settlement,” a Reddituser expressed. “Doing this will simultaneously achieve what both Ragnar(who wanted to find somewhere for his people to live in peace and thrive) andFloki (two of the greatest leaders of the show in their own ways) set out todo.”

Some fans think Bjorn is already greater than his fatherRagnar for numerous reasons. “Bjorn is probably greater than Ragnar at thispoint,” another user explained.

What does the future hold for Bjorn Ironside?

Other fans weigh in on what the future holds for Bjorn. Hecould continue to explore and travel the world spreading his fame further thaneven Ragnar ever dreamed.

I don’t think he will die in the end,” a Reddit user chimed in. “I think he will end up being an explorer again and will explore/conquer new lands in the name of Ragnar…Also he and Ubbe may be the only ones to carry out his legacy and name via their children.”

Some think Bjorn will decide to leave to become King ofSweden. “He will flee Norway,” another user said. “Once Kattegat is settled, hemay come back as King of Sweden. I think it will be a bit of a reunion, withRollo there as well, and we will get caught up on Bjorn’s journey to becomeKing of a foreign land in a story.”

Bjorn Ironside is definitely just as famous as his father. Some think he’s greater than Ragnar, while others think he still has time to achieve the fame the Seer says he will have.