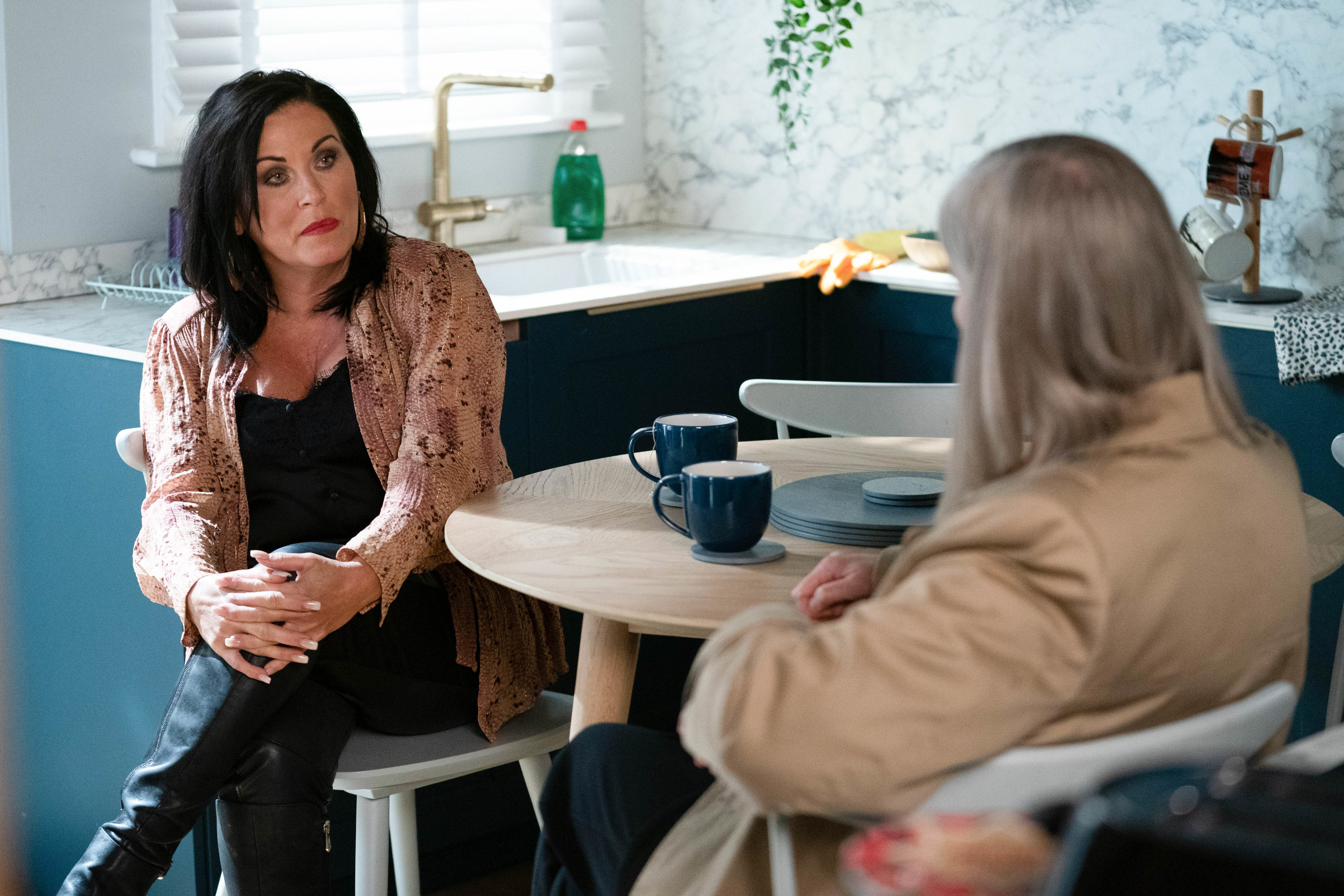 DCI Keeble (Alison Newman) is back to cause chaos in EastEnders later this month, as she pays Kat Slater (Jessie Wallace) a visit in her quest to track Phil Mitchell (Steve McFadden) down.

Phil, as viewers know, gave a statement to Keeble, corroborating claims that Billy (Perry Fenwick) was present during a historic warehouse shooting which claimed the life of her dad.

Billy, while innocent of the charge, was actually there on the evening in question – and had procured the firearm used in the murder.

Phil refused to sell Billy down the river, but with Keeble targeting Kat and fictionalising charges to have her arrested, he was left with little choice but to do as she demanded. Billy was arrested and is now facing a life in prison for a crime he didn’t commit.

Determined to make things right, Phil left the Square earlier this year, hoping to devise a plan in order to take Keeble down once and for all.

Keeble, meanwhile, has been on the hunt for the Mitchell hard-man, aware that he seems to have vanished from the face of the earth, and therefore she pays Kat a visit in upcoming scenes.

The dodgy detective makes it quite clear that Kat must get Phil back in Walford at once – otherwise she will drag him back in handcuffs!

Will her threat pay off?

That would appear to be a yes, because Phil subsequently returns to the Square, much to Kat’s horror.

The iconic hard-man, however, is soon knocked for six as he learns about Lola Pearce’s (Danielle Harold) terminal brain tumour.