The special will honor film and television's biggest moments from the 1980s through today. 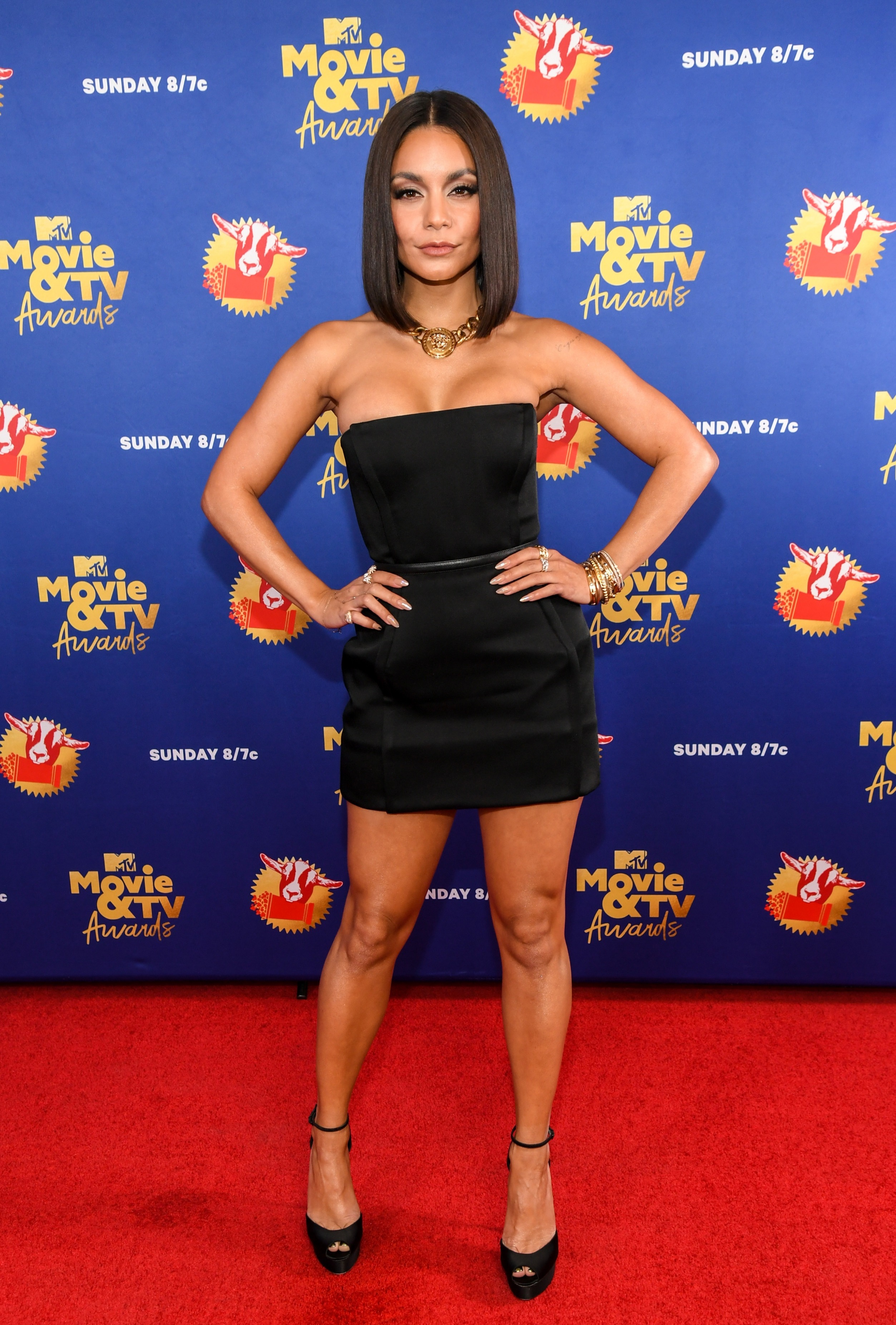 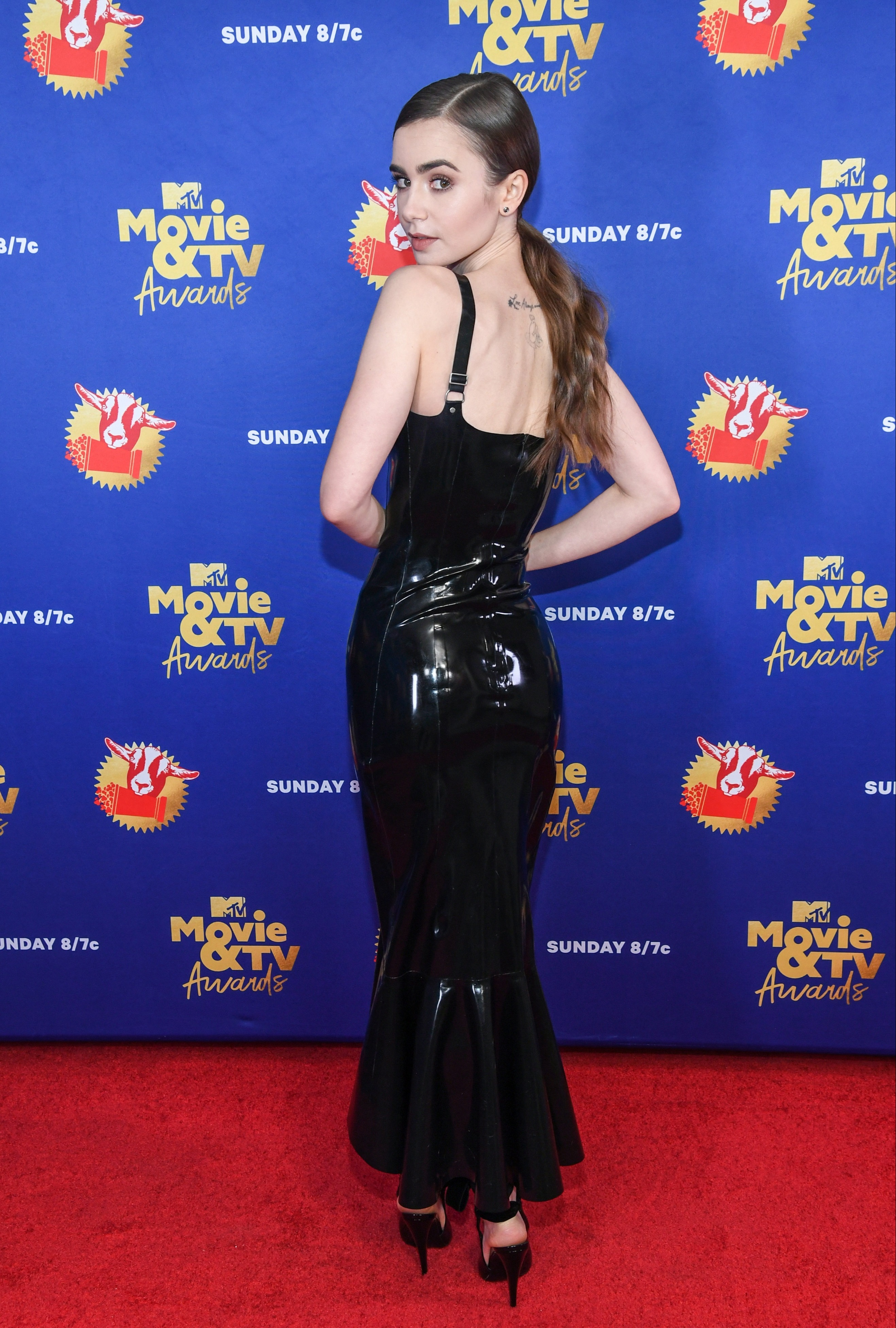 The actress also wore her hair in a bold, straight bob hairstyle.

Emily in Paris star, Lily Collins, turned out for the event in a skintight black, latex midi dress.

She looked over her shoulder as she posed for photographers. 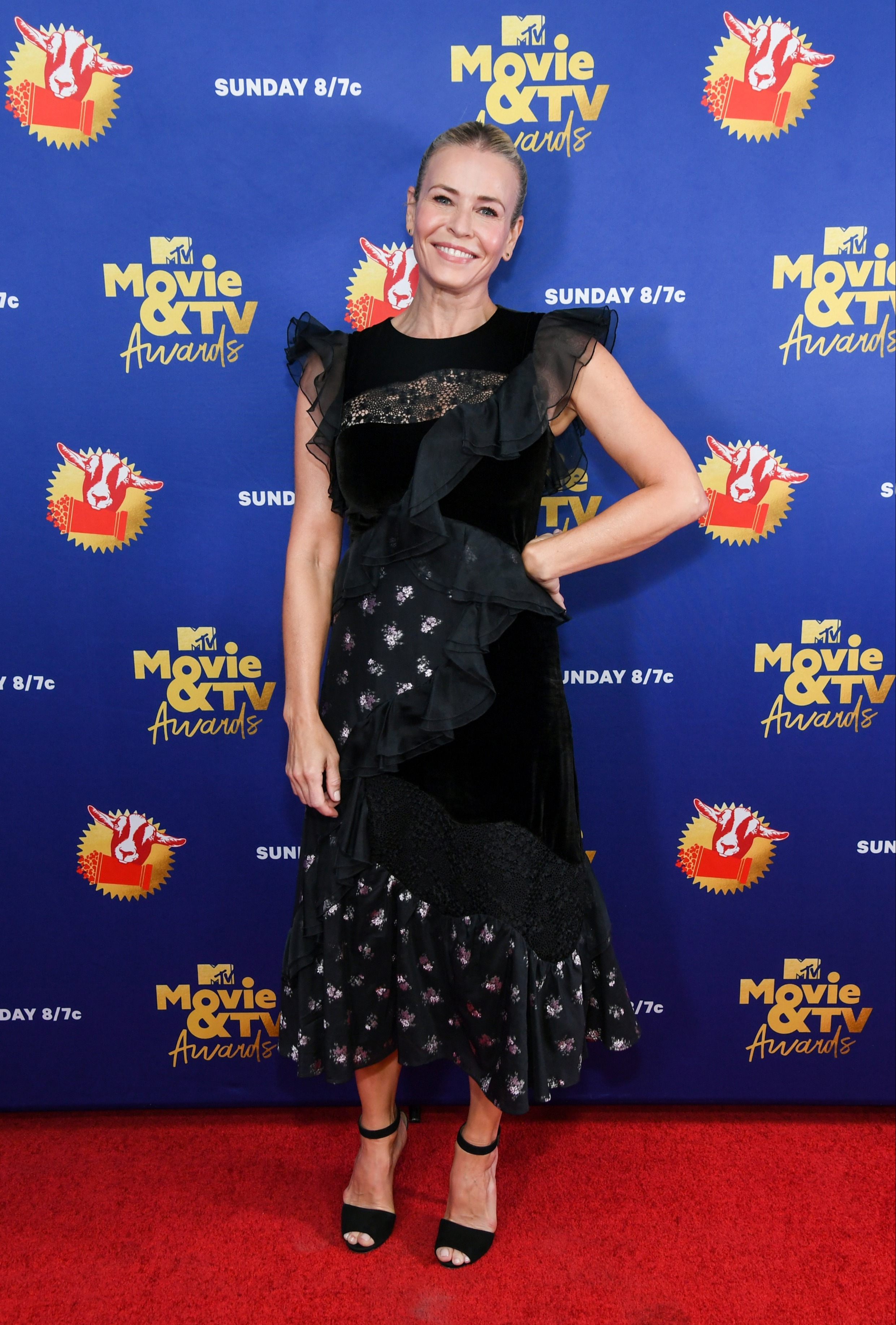 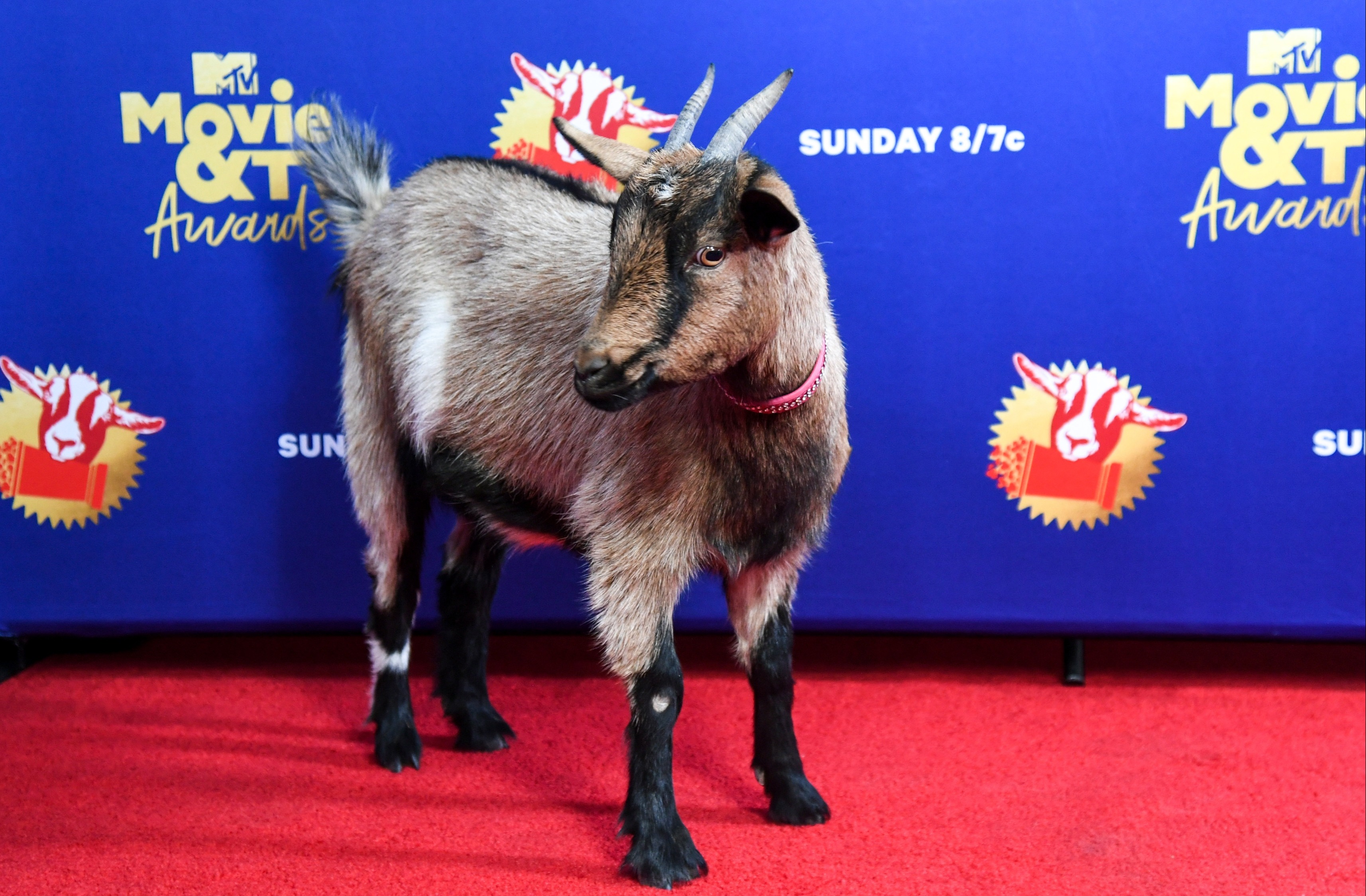 Comedienne Chelsea Handler is paying tribute to the film and television industry in a flowy black, velvet dress with satin floral accents.

Because the awards are showcasing the "Greatest Of All Time," moments in TV and movies, a goat was chosen as the show's mascot.

So it also got an opportunity to walk the red carpet. 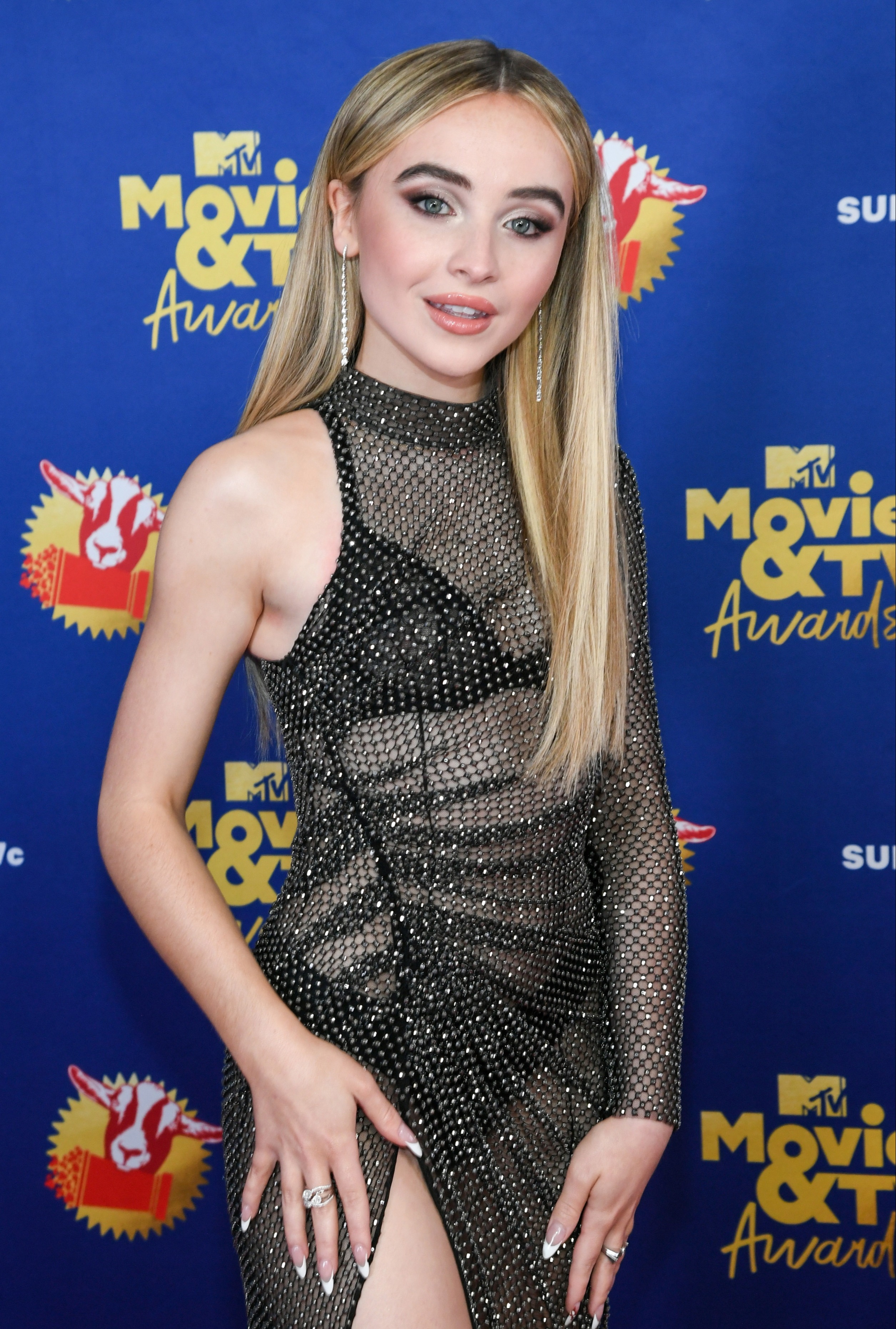 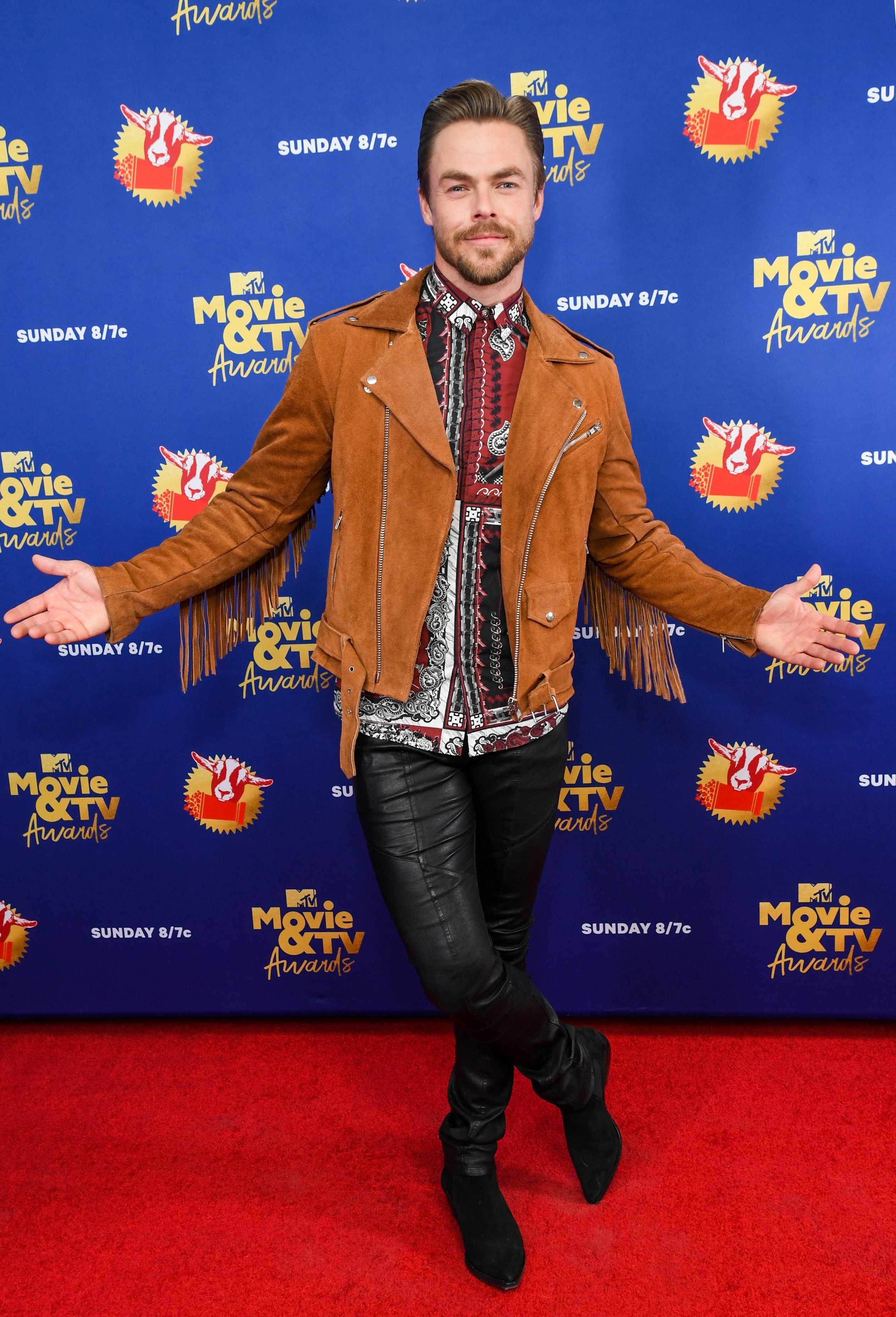 She wore her long, golden blonde locks down and straight and accessorized with diamond earrings.

The show will also feature exclusive footage of upcoming 2021 releases.