When will The Umbrella Academy season 3 be released?

Netflix has only just announced season three, so it’s too early at this stage to say when the show will be out.

According to the streaming platform, the new series will be going into production in February 2021 in Toronto, Canada.

Depending on the coronavirus pandemic situation and COVID-19 filming restrictions, the show could be back later.

Season one came out in February 2019 while the follow-up dropped on Netflix in July 2020.

So, the earliest the series could be coming back is in 2021 but there’s no concrete release date in place.

There will be another 10 episodes in the new series – like its predecessors which will be dropped on the platform in one go. 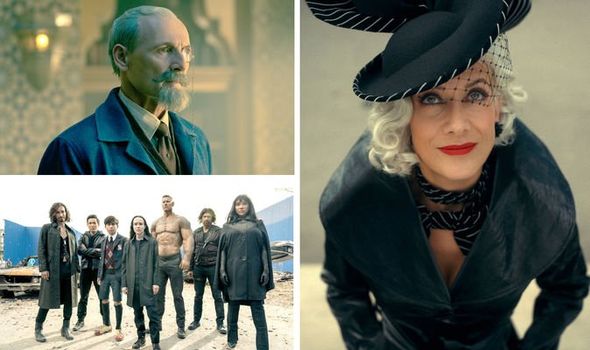 Who will be in The Umbrella Academy season 3?

The main cast will be reprising their roles, which means Ellen Page is back as Vanya Hargreeves, Tom Hopper as Luther, David Castañeda as Diego, Emmy Raver-Lampman as Allison, Robert Sheehan as Klaus, Aidan Gallagher as Number 5 and Justin H. Min as Ben.

Also, back in the frame will be Ritu Arya as Lila Pitts, who was introduced in season two.

While Colm Feore again dons the mantle of alien and creator of The Umbrella Academy Reginald Hargreeves.

Kate Walsh could also be back as the mysterious Handler, who was a major antagonist against the Academy.

There are also likely to be some new faces joining the show again as viewers learn more about the mythology of the show.