Tyler Perry's Sistas Midseason Finale Preview: Will Andi Take Back Gary? — Plus, Get the Season 4B Premiere Date

Gary’s attempts to win back Andi have heightened every week on Tyler Perry’s Sistas. There was the $500,000 Rolls-Royce, bags full of expensive designer clothes, and fake cops who serenaded her.

But it wasn’t until the successful and wealthy hedge fund manager purchased his ex-fiancée a penthouse in her building that Andi began to question her desire to be apart from Gary and get with Robin instead, and viewers will find out her ultimate decision when the midseason finale airs this Wednesday at 9/8c on BET.

Hoping to give viewers a sneak peek at what Andi might decide, the network provided TVLine with a set of exclusive photos (featured above and below) that depict Gary soulfully staring into Andi’s eyes and the attorney warmly smiling back at him. In another photo, Karen can be seen giving Andi more anti-Gary advice, while Andi reacts with what seems to be displeasure.

Elsewhere in the installment, Sistas fans will see Fatima furiously come after Hayden when she learns that Zac has been arrested. Fatima doesn’t know about the trumped-up charges of back child support yet, and none of us know if Hayden actually has anything to do with the case.

Zac’s boo does know Hayden is shady, so maybe she’s right. Even if she’s not, is anyone really going to feel sorry for Hayden and his broken car windows after Fatima goes full-on Jazmine Sullivan?

Whatever the outcome, here’s hoping it satisfies: Season 4B of Sistas won’t premiere until Wednesday, June 29, TVLine has exclusively learned.

Are you excited about the Season 4 midseason finale of Sistas? And will you be able to contain yourself for three months until the sexy and soapy drama returns? Drop your thoughts in the comments. 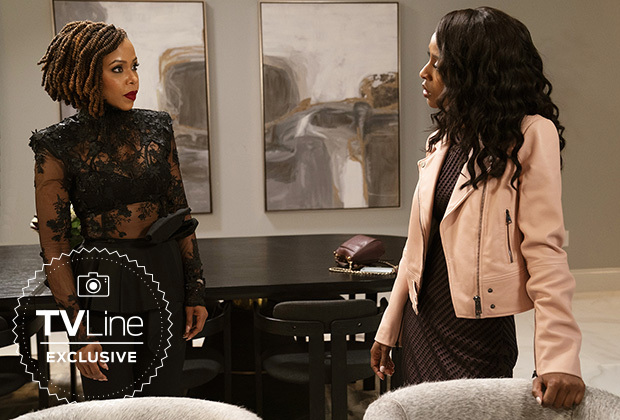 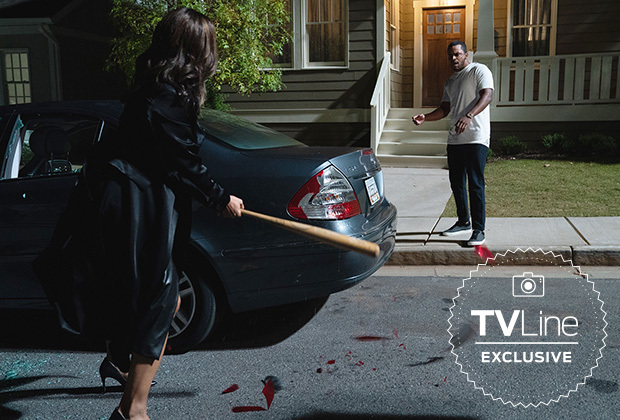