True Detective fans not scared off by the travesty of season two have been waiting more than three years for the show to return. The wait is almost over.

The thriller anthology has an all-new cast, all-new mystery and a somewhat-new creative team (despite some initially troubling growing pains on-set), as it investigates the disappearance of two children beginning in the US on HBO on January 12, 2019.

Watch a brand new teaser announcing the US premiere date below:

The third season seems to be course-correcting by moving the action from California to the Ozarks, nearer to the Louisiana swamps where the critically-acclaimed first season was set.

Mahershala Ali’s police detective character Wayne Hays is drawn into an investigation into the 1980 disappearance of two children that ultimately spans two generations.

Another new cast member will be The Closer‘s Jon Tenney, who recently assured those disillusioned with the organised crime plot of season two that the new episodes will swing back towards the spooky mystery of the initial run. 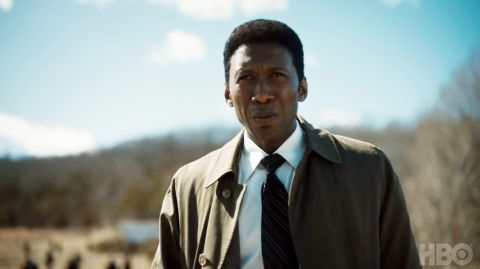 “I can’t get into real specifics, but I think it does move a little bit in the direction of season one… a little bit more maybe than season two,” Tenney told Observer.

“The scripts are just so compelling. Again, really moving. The company is great. I can’t really say a whole lot, but I’m thrilled to be part of it and I think people are going to really dig it.”

True Detective airs on HBO in the US and Sky Atlantic in the UK.