YAZMIN Oukhellou has shown off her new look after the TOWIE star dissolved her lip filler following stars like Molly-Mae Hague.

The 27-year-old, who previously told The Sun her filler made her look like a "duck", flaunted the new do on a night out as she twerked on a Geordie Shore star. 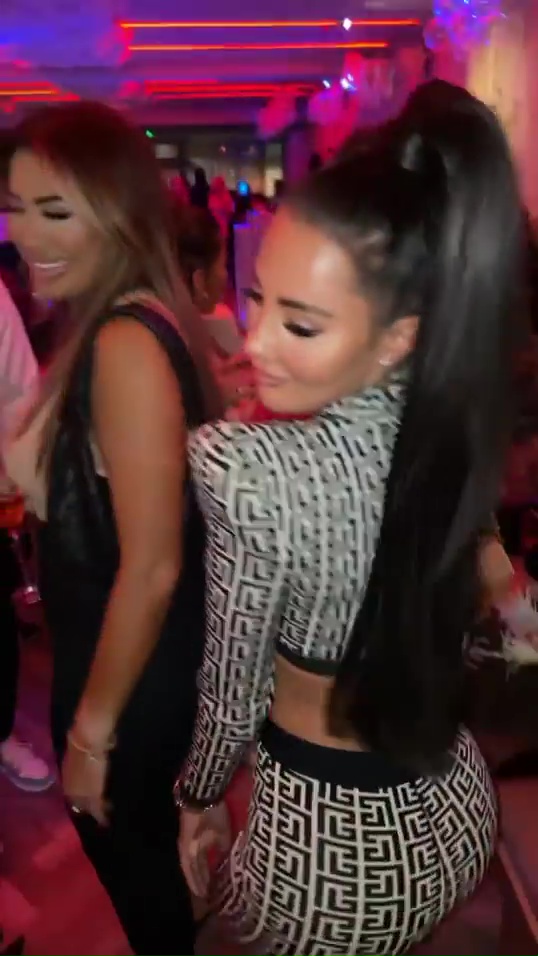 Over the years, Yazmin has been very honest about spending £11,500 on cosmetic surgery with her boobs and nose jobs.

On pal Bethan Kershaw Instagram's Story, Yazmin could be seen drinking next to her friend and taking shots from what appeared to be a club.

Showing off her more natural pout, the reality TV star looked stunning as she enjoyed her night out.

She twerked on her Geordie Shore pal as they danced the night away in a busy club.

Yazmin donned a monochrome matching set including a cropped tight sweater and cycling shorts covered in a swirly pattern.

She wore her hair up for the occasion and accessorised with a black bag and high heels.

The star revealed she was staying in Manchester at the Hotel Gotham.

Previously, Yazmin recalled to The Sun that she is now striving for a more natural look.

After taking her filler out, she told us: "

I kept overfilling my lips getting more and more put in. I started looking stupid and like a duck.

"The final straw for me was when I went to a family wedding and my mum and dad said 'the lip filler is getting a bit much now'.

"So I wanted to strip it back and be a bit more natural.

"Especially as I want to do more outside of Towie so I want to get taken more seriously.

"You can do both – get work done and have people take you seriously. It shouldn't have to be a choice, but it feels like it is sometimes.

"The natural look is definitely in now, the big lips are dated." 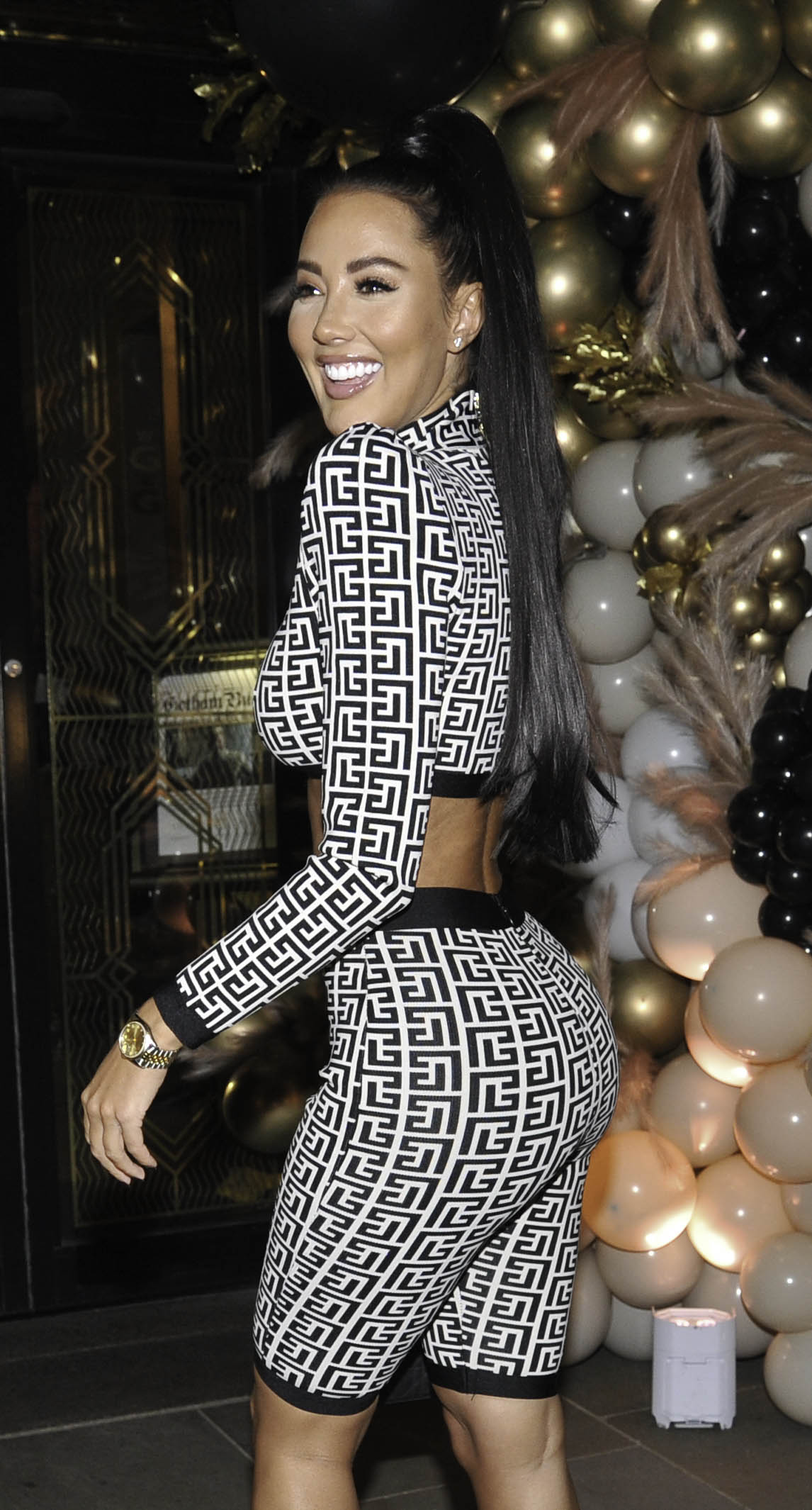 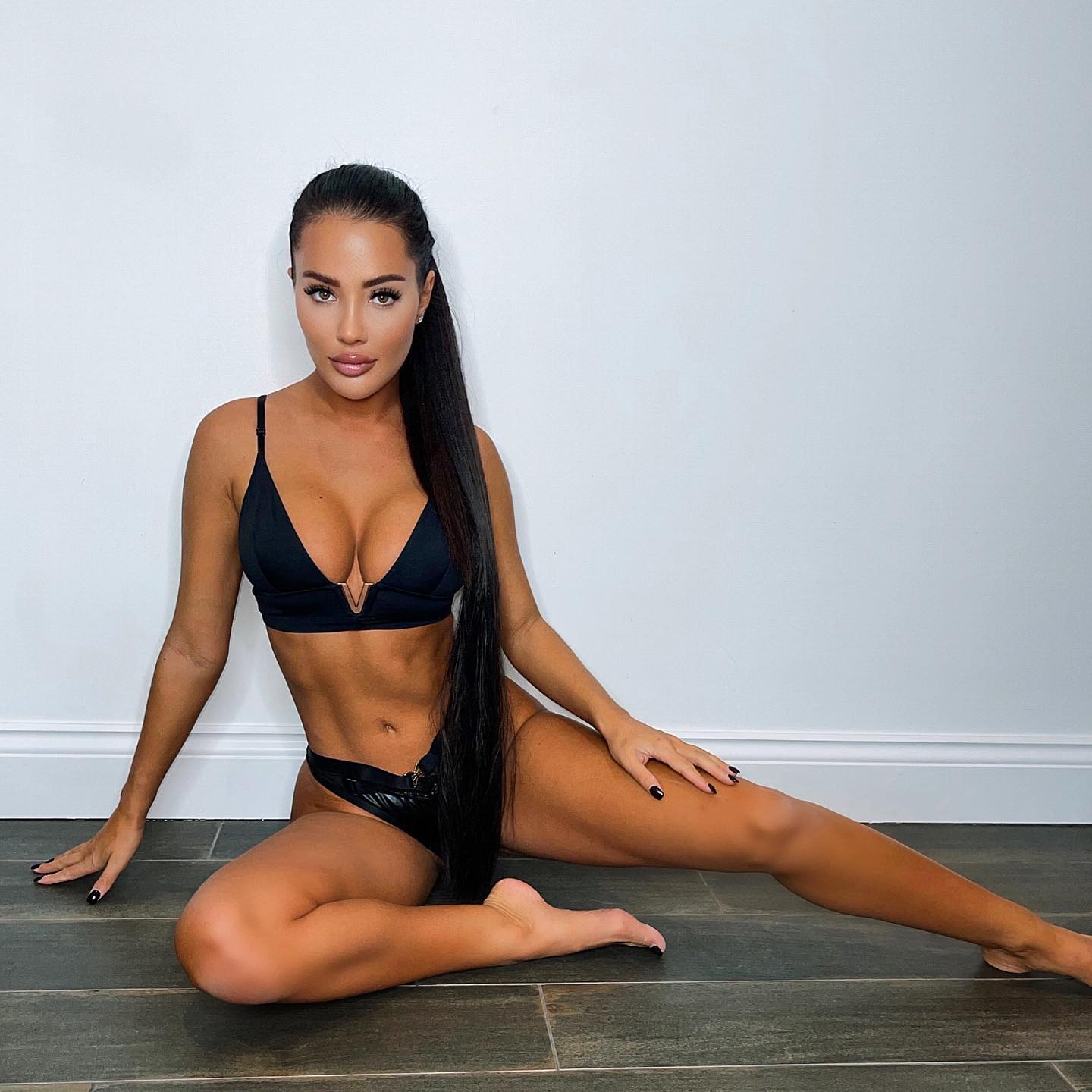