AMBER Turner wowed fans in a festive photo shoot that saw her taking centre stage in a sexy red ballgown. 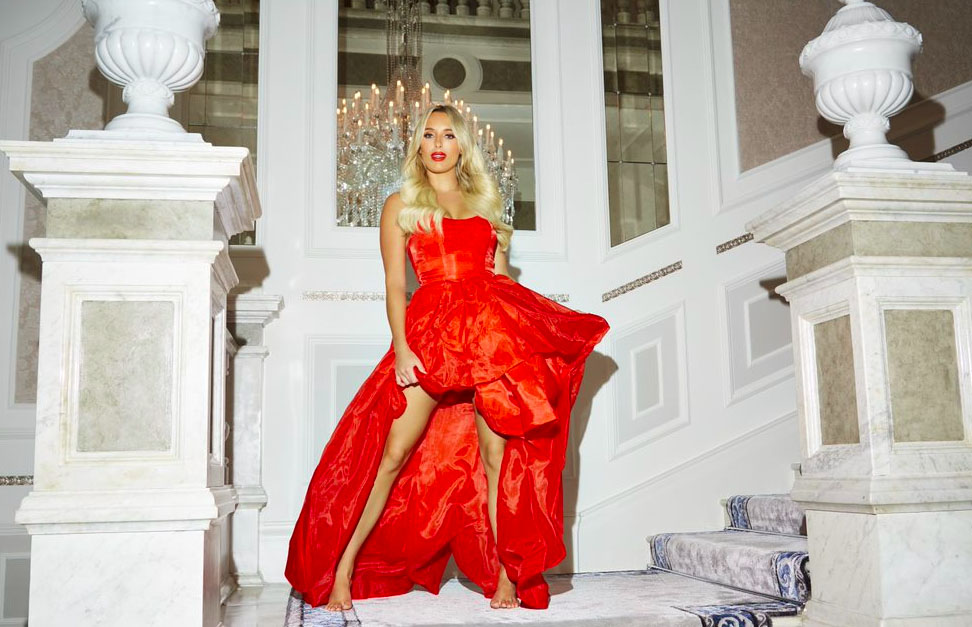 In one glamorous campaign shot, the 27-year-old posed in a red princess-like puffball dress, showingoff her shiny, styled tresses.

Another saw the influencer in a peach-toned frilled gown, sitting on an opulent, carpeted staircase while holding a brush from the hair-care brand.

Mixing elegance with touches of loungewear, the group, which also included businesswoman Lady Roc and dancer Cameron Valentina, were pictured in their pyjamas.

Donning the silky pink loungwear, the women smiled for the camera while showing off their voluminous hair do's with their hands. 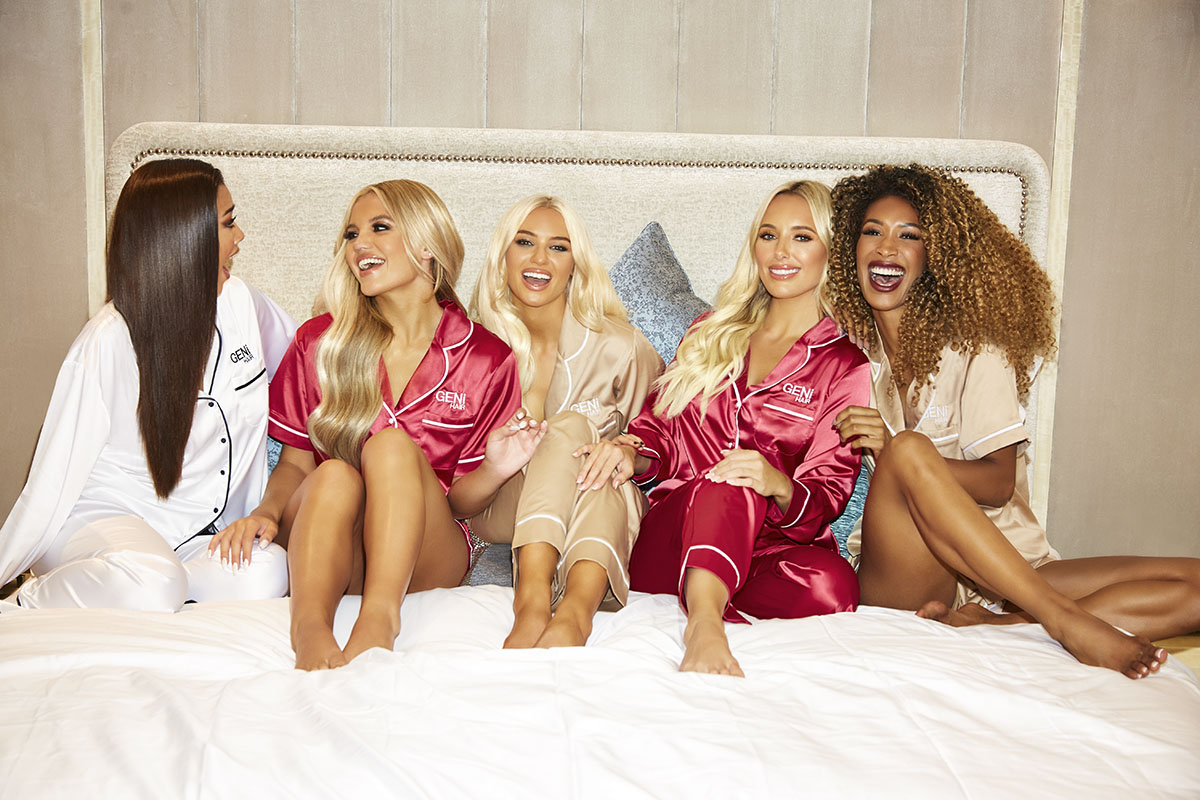 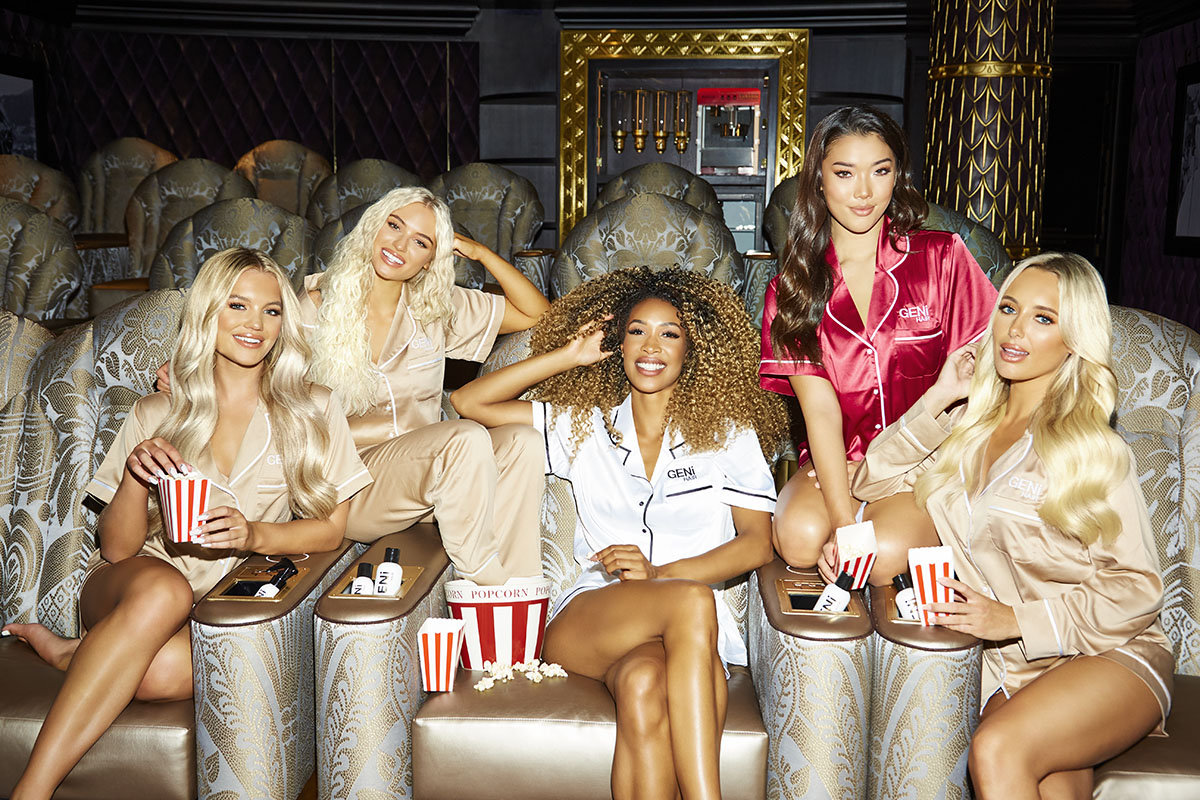 Moving from the bedroom to a home cinema for a cosy movie night, Amber chose to show off her legs in shorts, while Lucie, 22, covered up in trousers.

Switching it up again, the reality stars dressed up for a New Year to remember in a variety of pastel colours, with Lady Roc putting on a busty display.

Part of a campaign for GENi HAIR, the women swapped their regular styles for sleek blow-dry's, with Lucie ironing outher signature curls.

The avid surfer said: "GENi HAIR turns my salty surf hair into glamorous waves or poker straight whenever I like so I no longer have to worry about unruly frizzy hair." 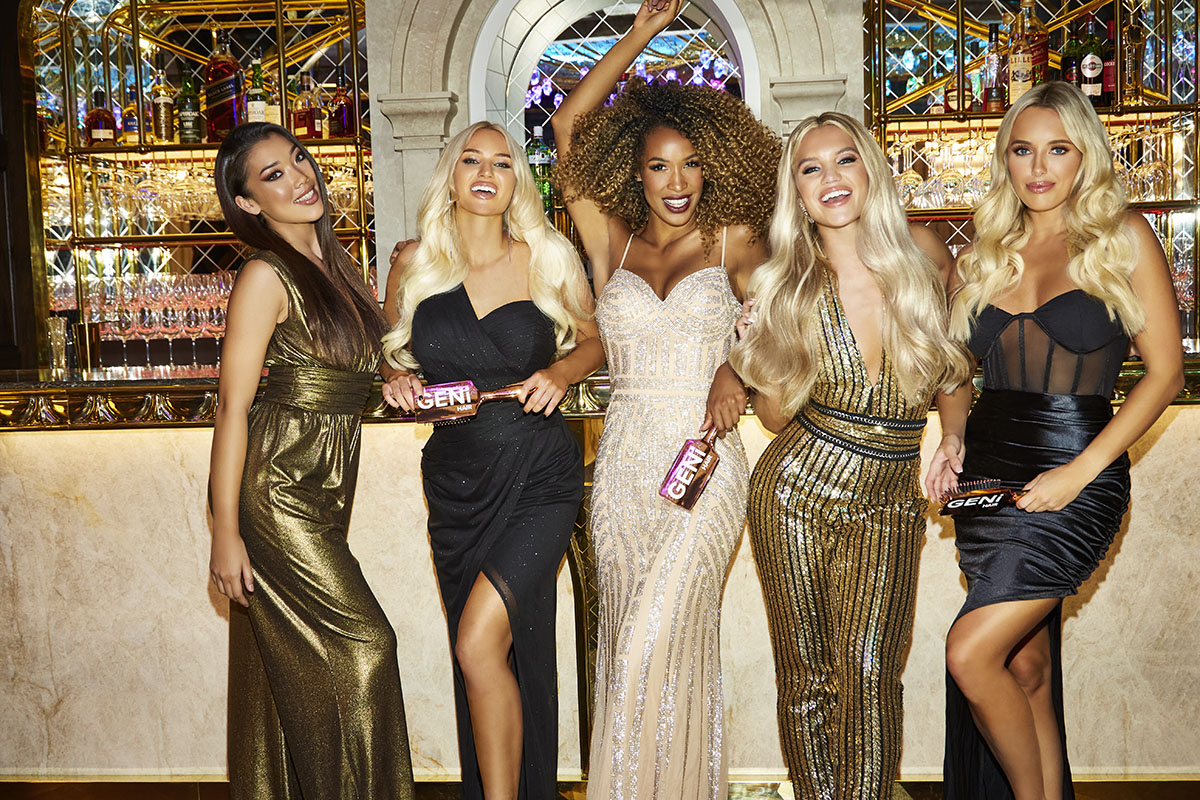 Promoting the same brand, Amber was recently spotted showing off her underboob in a skimpy swimsuit shoot.

The snaps came just days after she jetted out to Dubai with boyfriend and TV co-star Dan Edgar, 30, for an “exciting business venture” to be revealed soon.

They did not reveal what it was but said Dan had been working on “over the past few years.”