TOWIE stars Mia Sully, Hannah Voyan and Pia Smith finally landed in the UK after being kicked off a flight in Madrid.

The Absolutely Ascot star and her other Towie newbie co-stars looked exhausted as they tried to sneak back into the UK unnoticed after their inflight drama. 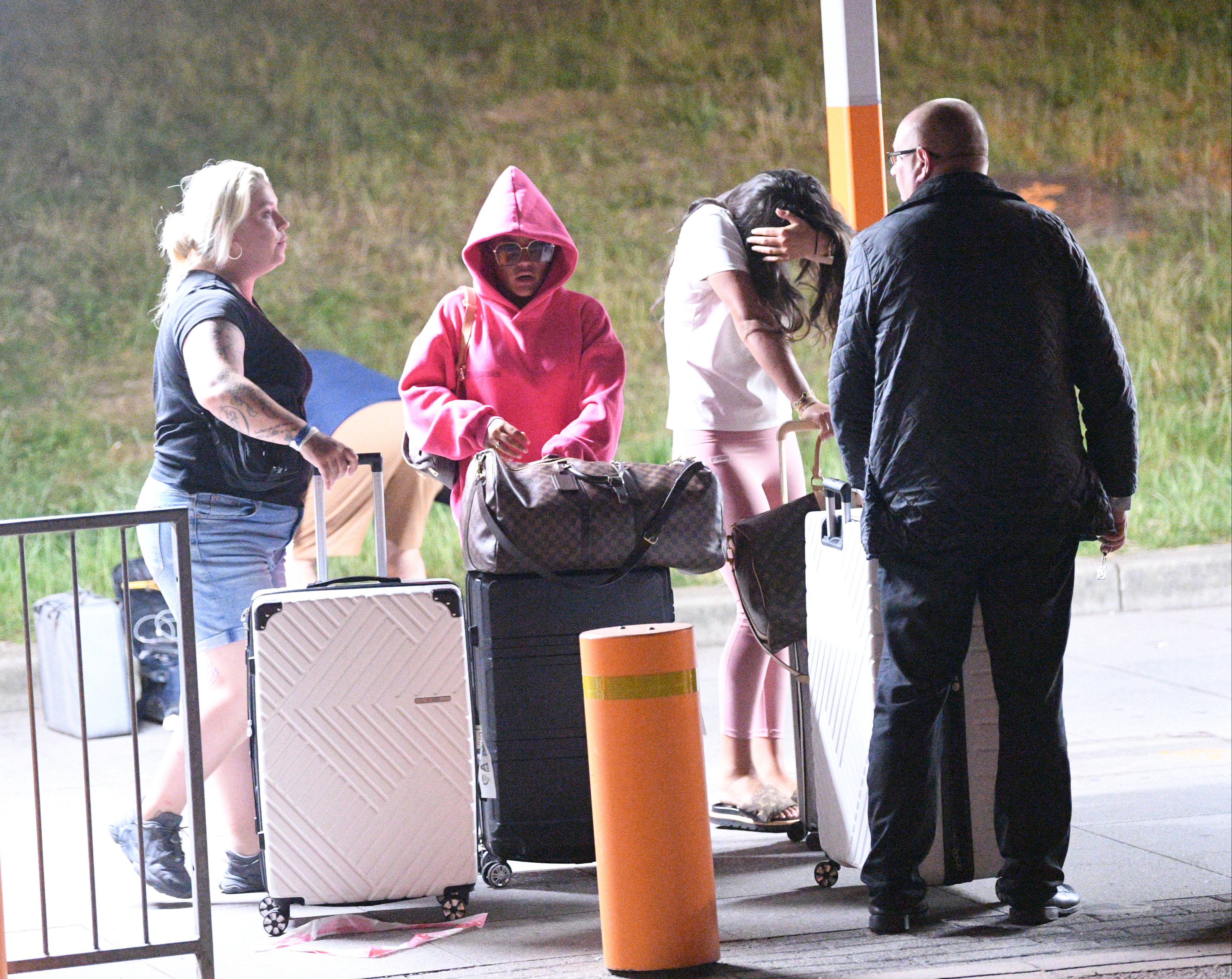 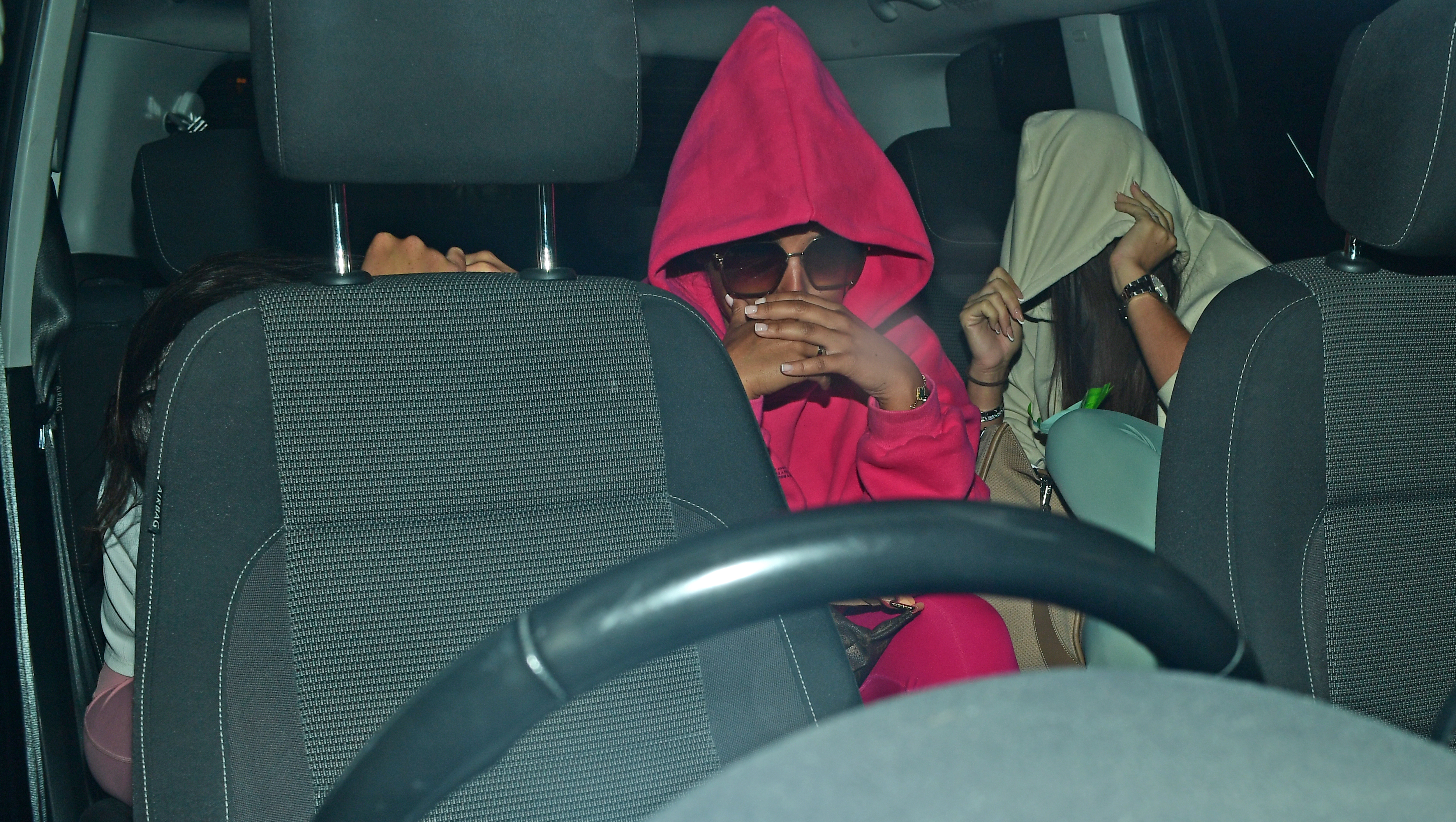 The make-up free trio flew into Stansted airport in London where they tried to cover their faces with hoodies and keep their heads down to not attract attention to themselves.

Pia was hard to miss in an oversized pink hoodie and matching leggings, while Mia used her grey hoodie to pull over her face as she drove away in a taxi.

The girls landed late at night after spending hours trying to get home.

The unsmiling BFFs looked very sombre as they collected their luggage, before waiting together outside to get cars back to Essex.

Mia, Absolutely Ascot star, revealed she did not make it home until 2am after being kicked off a flight heading back to London from Towie filming duties in the Dominican Republic. 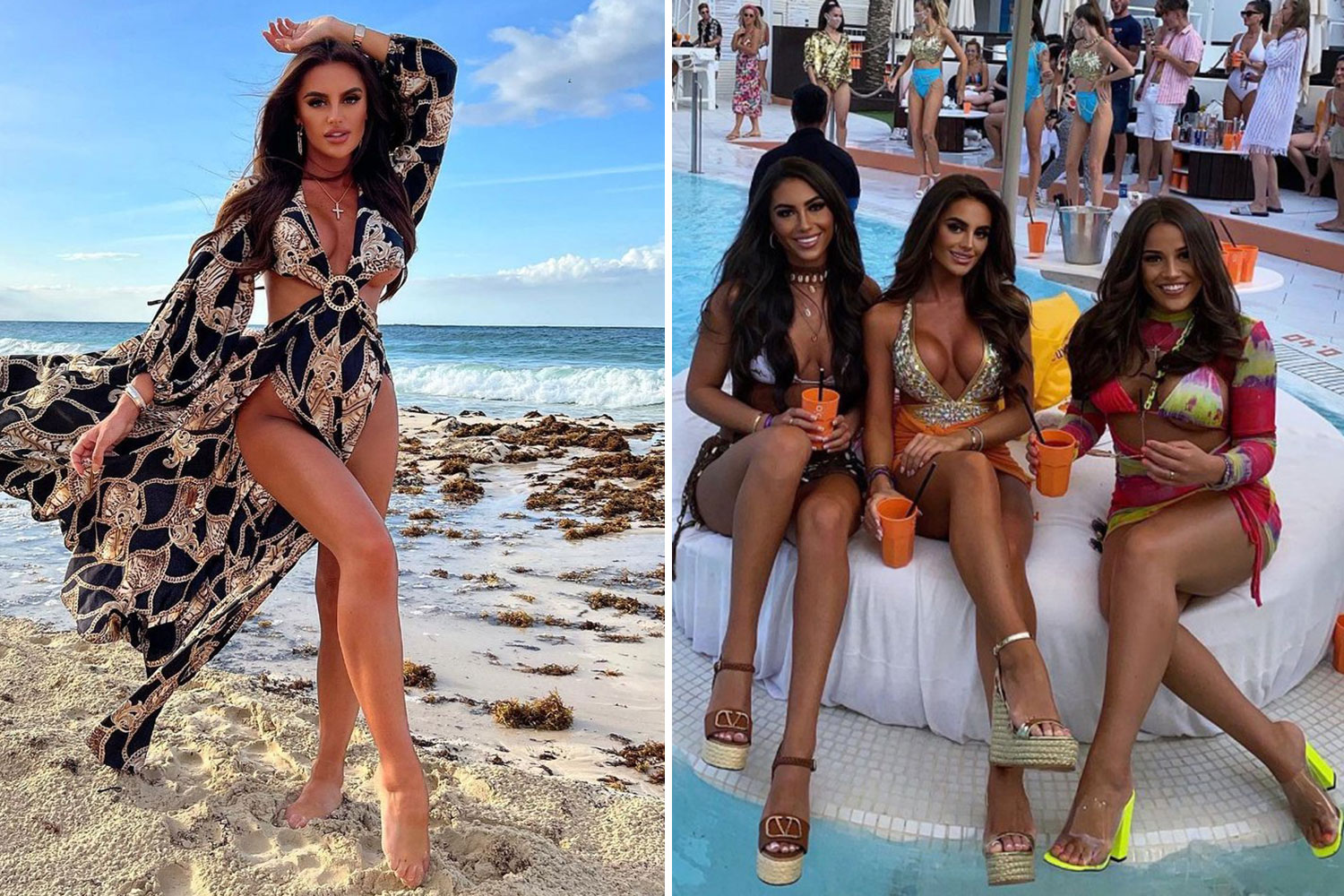 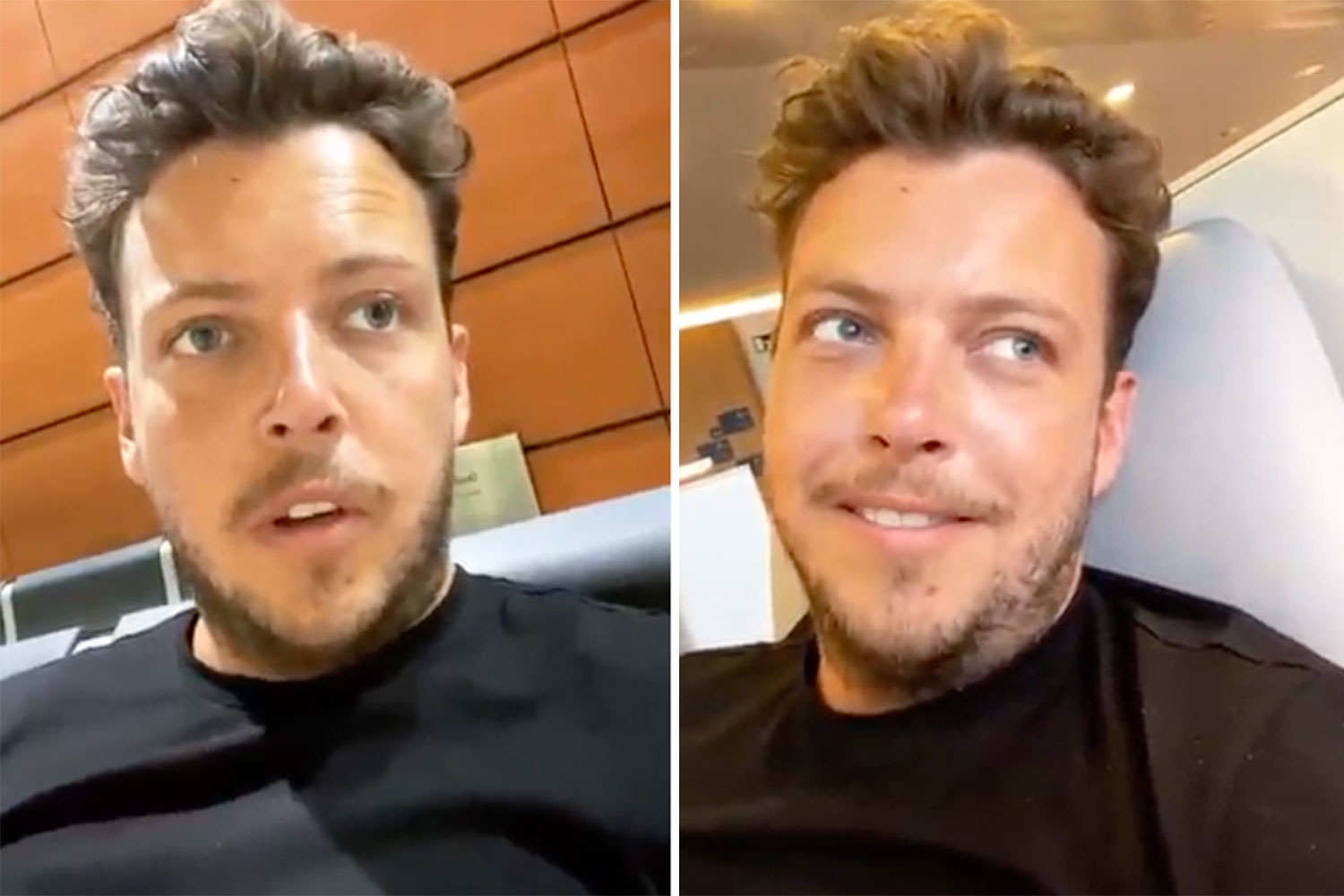 The incident saw the disgraced group vaping and refusing to wear a mask, which led to them being spoken to by the police – and has cast a dark cloud over the show’s trip to the Dominican Republic.

Mia told fans she had "never been so happy to see home" as she posted a snap of her luxury Essex living room to her Instagram stories.

"Shower and bed," she wrote alongside praying hands emojis.

Mia breaking her silence comes after The Sun revealed ITV bosses have called an emergency meeting with the nine Towie stars who were booted off a flight to London yesterday after endangering the aircraft in shameful scenes.

A TV insider said: "Bosses were furious, obviously, it's not the kind of publicity they were looking for to start the new series.

“Everyone who was kicked off the flight has been told to come in for a meeting with show bosses and will be read the riot act."

The Towie cast, made up of five women and four men had refused to comply with airline rules following an initial flight to Madrid in what was described as "appalling behaviour".

An insider said: “Fumes were visible above their seats. They were asked to stop but refused. It was appalling behaviour. Absolutely idiotic.”

Repeated requests by flight crew to oblige were ignored, according to insiders.

Cops were on hand to meet the aircraft as it arrived in the Spanish capital at 11.25am yesterday.

And the nine Towie stars were refused to board the connecting Flight UX1015 to London.

The Gatwick airport-bound plane took off over an hour and 15 minutes late due to the chaotic scenes while the stars’ baggage was removed from the aircraft.

The Towie nine are now facing a whopping fine.

Diags also broke his silence after the incident, saying he was thrown off a flight but insisted it was for "no reason."

Diags updated fans on his journey home after getting booted off the flight, confirming Dan Edgar and Towie comeback star Jordan Brook.

"Been flying for 24 hours now, still not home," he started on his Instagram stories as he sat along Dan and Jordan in an airport terminal.

"Got thrown off a flight in Madrid for no reason, at all." 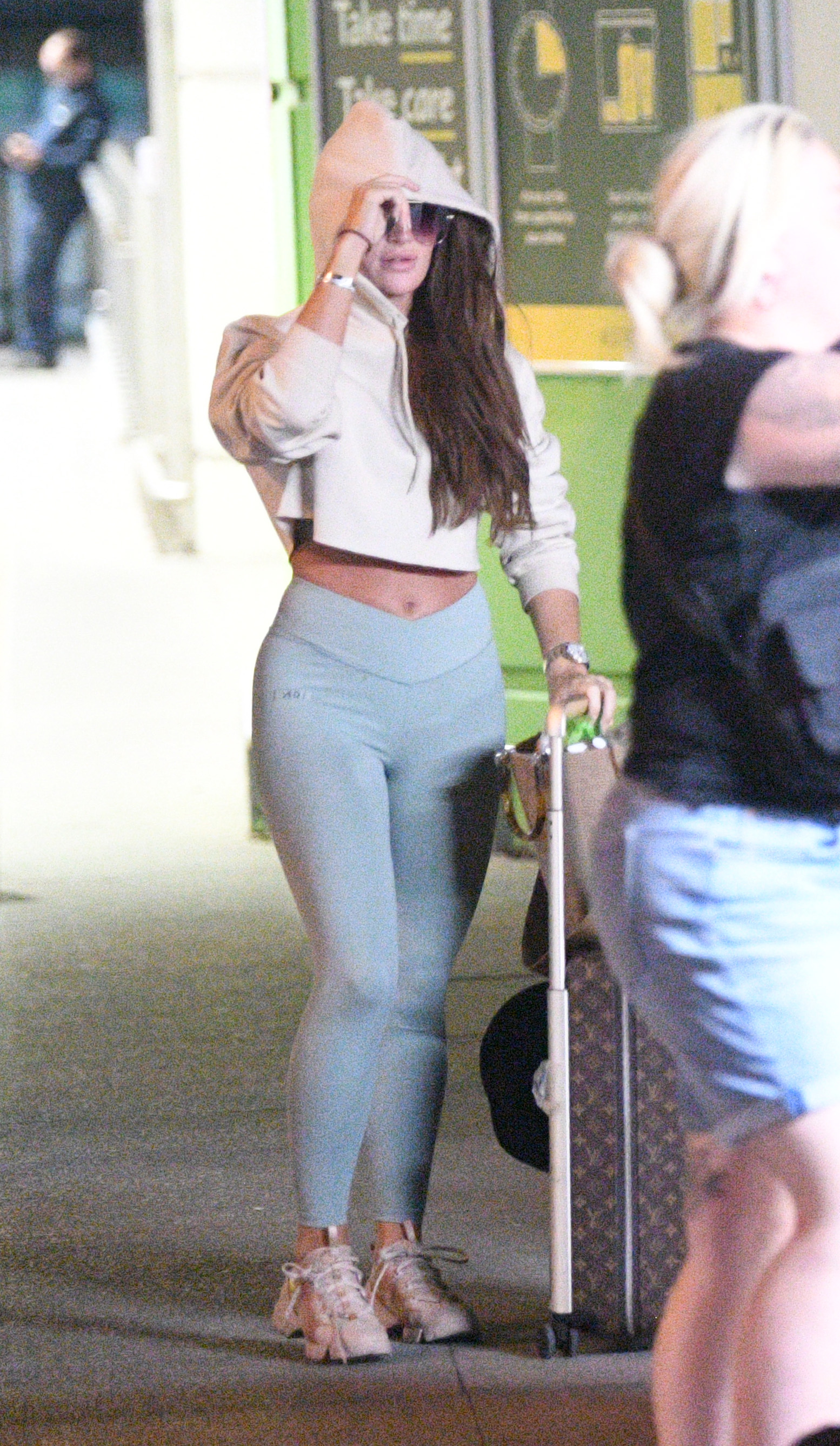 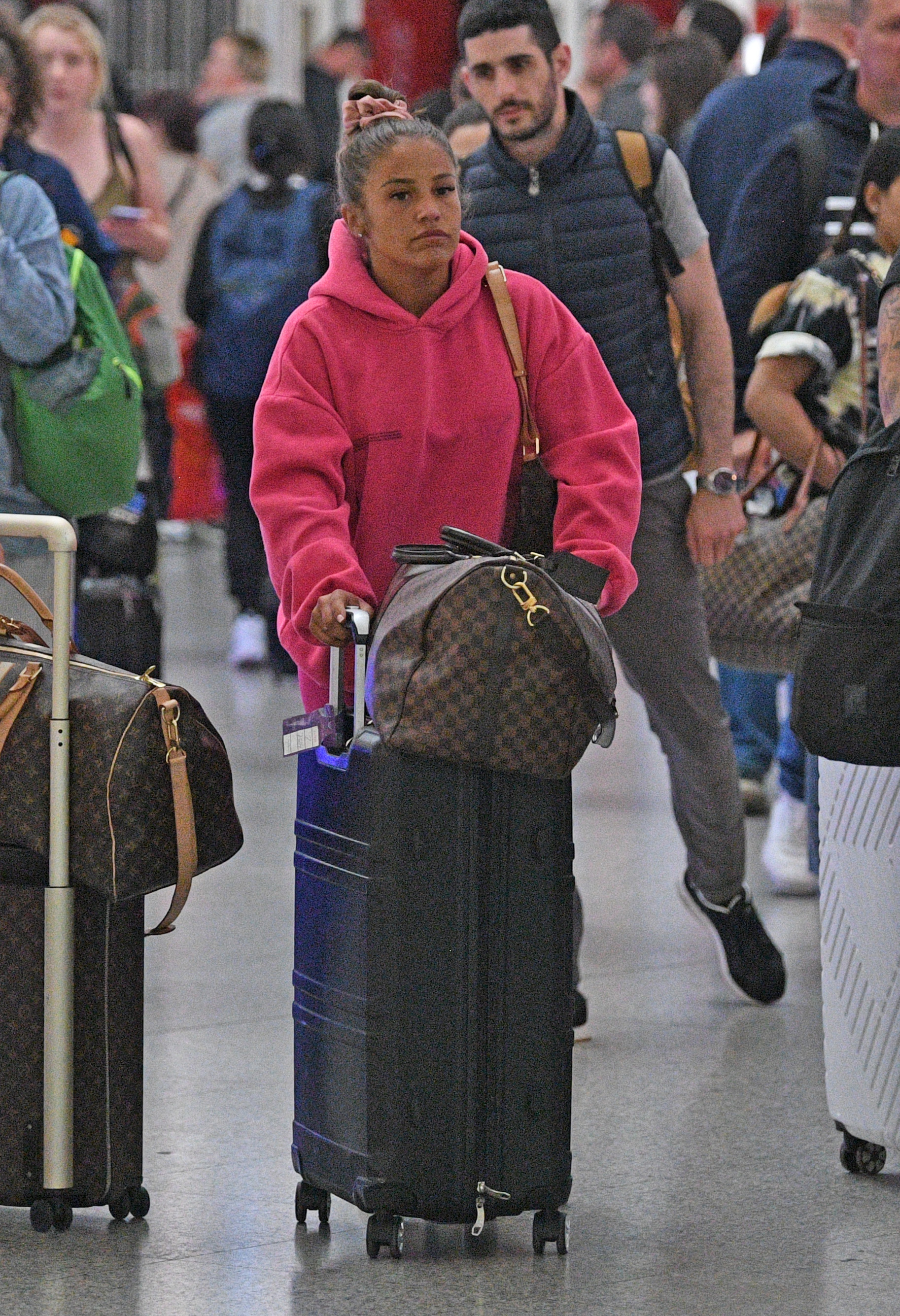 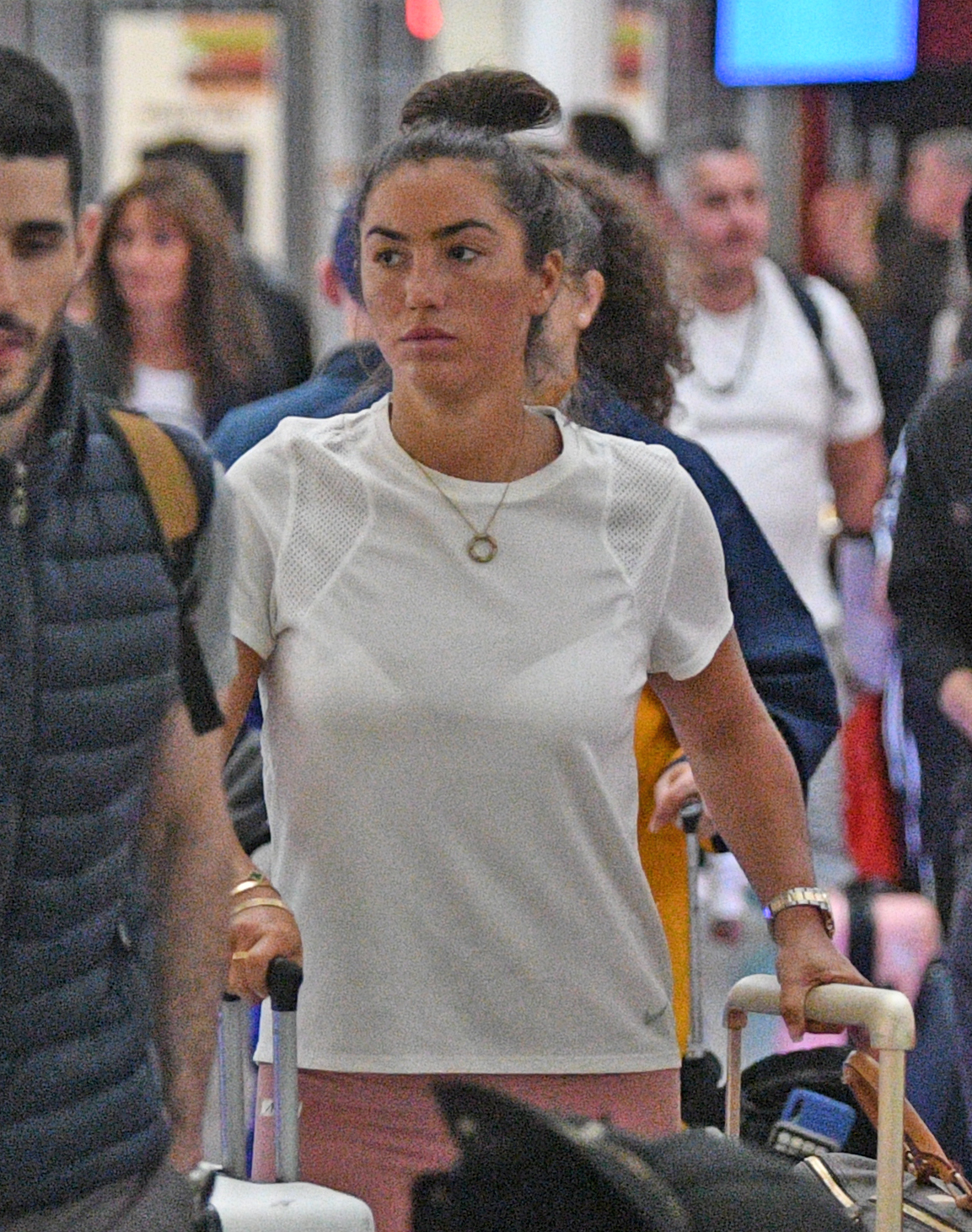