Tiger King is one of the most popular shows on Netflix as fans have become obsessed with Joe Exotic. The eccentric big cat keeper showed viewers around his zoo in Oklahoma, which he opens to the public and invites people to bond with the animals. Exotic also featured in a Louis Theroux documentary, called America’s Most Dangerous Pets, which looked at wild animals in captivity.

Since the documentary series Tiger King was released earlier this year it has taken the top spot on the Netflix rankings and is not going anywhere just yet.

Fans have watched on in awe at Exotic, who walks viewers through his day-to-day life at the zoo while revealing details about his past.

The series also features Carole Baskin, who gives her account on how Exotic had an obsession with her and was determined to get her off his back.

The GW Zoo is still open to the public but the future of the animals living there is unknown, especially amid the coronavirus outbreak. 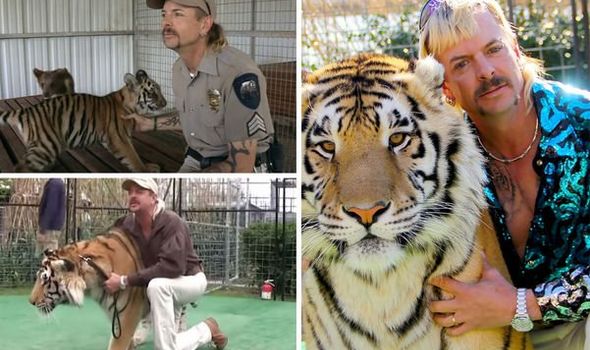 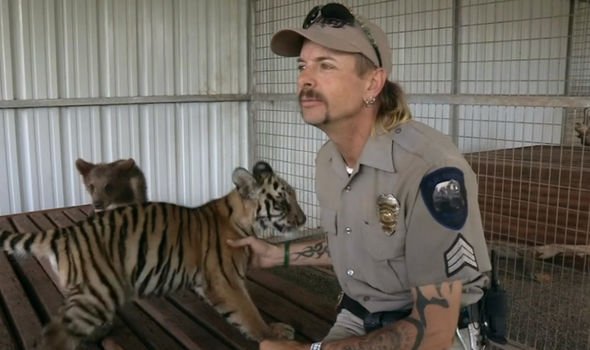 Tiger King tells the story of how Joe Exotic had taken on hundreds of animals, including tigers and lions, which he was keeping at his zoo in Oklahoma.

The eccentric animal-lover was found guilty on murder-for-hire charges as he had organised for someone to kill his arch enemy Carole Baskin.

Carole had been trying to shut Exotic down for years, saying he was keeping the animals in captivity for financial gain.

In January 2020, Exotic was sentenced to 22 years in prison, and he is staying in a federal prison in Fort Worth, Texas, protesting his innocence. 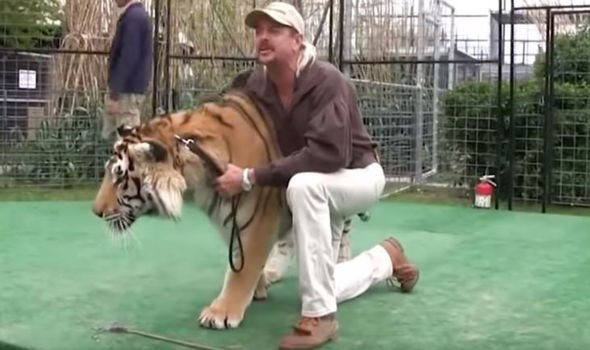 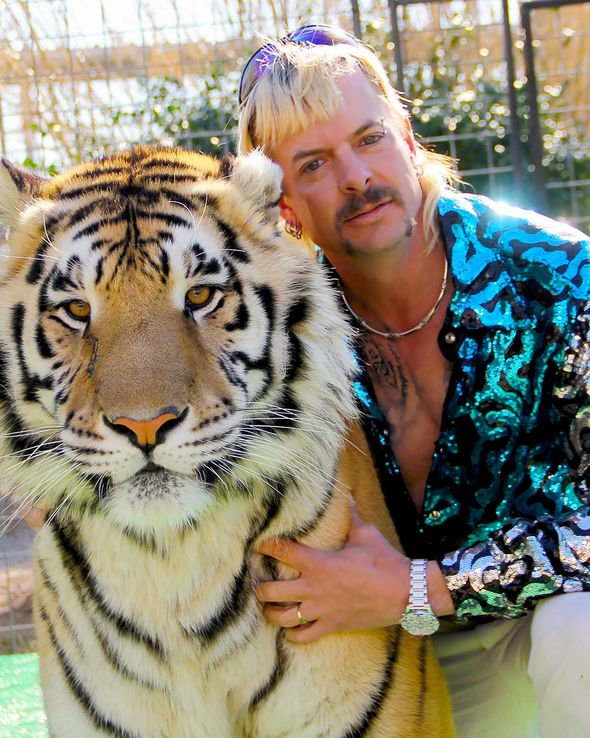 Before the Tiger King documentary was made, Exotic featured in a BBC documentary made by Louis Theroux, who was investigating wild animals in captivity.

Theroux says Exotic has one of the largest big cat collections in the world, with more than 200 big cats being kept at the zoo.

He was keeping a mixture of lions, tigers, and a rare lion-tiger crossbreed called a liger. Theroux said many of the animals were rescued from private owners who could no longer look after them.

Later in the documentary Exotic reveals he has 176 tigers kept at the zoo. There are more tigers in captivity in America than there are in the wild in the whole of Asia.

Exotic is still serving his sentence at a medical centre in Fort Worth, which is run by the Federal Bureau of Prisons.

He had been at the Grady County Jail in Oklahoma but due to the coronavirus outbreak, he was moved to a different facility.

The zoo is now being run by Jeff Lowe, and other animals at the park include wolves, camels, reptiles, sloths, monkeys, lemurs, bears and other exotic animals.

Lowe knew Exotic since 2015 when he came to the park to buy a tiger cub and some other wild animals, and he offered to take over the zoo in his name.

The company’s Facebook page shared a post in March, saying the animals are now happy and healthy since the zoo went under new ownership.

The post, which has now been removed and the Facebook page closed, said: “Since we took over, the zoo has spent thousands upon thousands getting every animal the medical treatment and proper diets.

“We defy anyone to find a mistreated or neglected animal here. We are one of the few zoo owners in America with a spotless USDA history.”

The USDA is the United States Department of Agriculture, which develops federal laws related to the farming and food industry.

Tiger King is available to watch on Netflix now