Among the classic sitcoms of the twentieth century, Three’s Company was one of the most influential and popular. It spawned spinoffs and documentaries about the show and led to further success for many of its cast.

There are even plans for a film based on the tv show! Clearly, the producers of Three’s Company found a format and style that made the series beloved by its fans and earned the show multiple awards. And while the show is decades old, fans are still interested in its cast and what went on behind the scenes.

‘Three’s Company’ is a cult classic 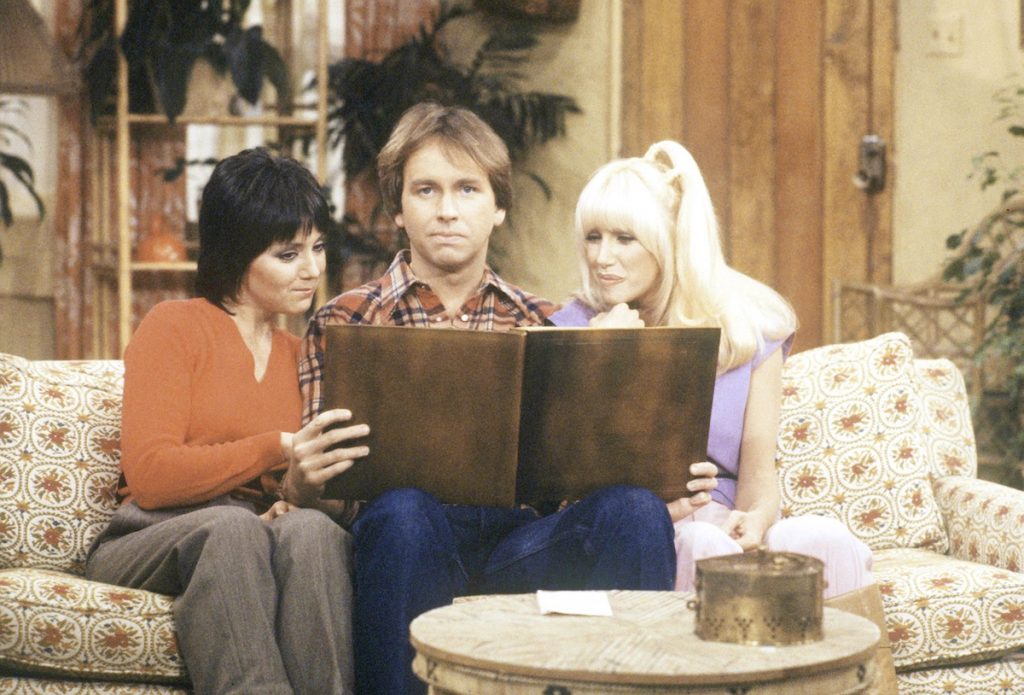 Three’s Company was actually based on a British sitcom called Man About the House that aired from 1973 to 1977. Both shows center around two female roommates who have a man move in and follow both the tension that comes from this combination as well as the comedy of having a co-ed living situation under some rather conservative landlords.

On Three’s Company, the two women are the competent and serious Janet Wood and the free-spirted Chrissy Snow. After their third roommate moves out, they invite in the culinary student and bachelor Jack Tripper.

However, the landlords, Stanley and Helen Roper, don’t approve of men living with women. So, Janet convinces the couple that Jack is gay.

Over the seasons, the cast changed. The Ropers were replaced by another landlord. When actor Suzanne Somers, who played Chrissy, left the show in 1980, the series added a new roommate: Chrissy’s cousin Cindy.

Despite the changes in the cast and characters, the show continued to be incredibly popular and earned a lot of praise across its entire run.

What was the show’s first pilot about?

The first unaired pilot of Three’s Company was written by a writer and producer from the hit TV show M*A*S*H, Larry Gelbart.

Instead of Jack Tripper the aspiring chef, the male character was David Bell, an amateur filmmaker. The two female roommates were both actresses, and the three lived in Hollywood.

The cast was also completely different. However, the basic plot devices were largely the same — the two women have their third roommate move out, and invite in David, but he has to pretend to be gay around their landlords.

What was the second pilot about?

The second pilot featured a different writer, and was closer to the show we know today. It even featured Joyce DeWitt, one of the actresses who would eventually be part of the show’s final cast.

Its writers were Don Nichol, Michael Ross, and Bernard West, known for their success with All in the Family and The Jeffersons. David Bell became Jack Tripp, who like Jack Tripper was a chef, and the two actresses became Janet the florist and Chrissy the secretary. This version was set on the beach in Santa Monica, and Jack had already moved in at the start of the pilot.

Ultimately, the third pilot was the one that was successful, though it made a few more changes. Somers was brought in to play Chrissy, the late John Ritter took over as Jack Tripper, and the apartment remained in Santa Monica.

This third pilot must have been the most resonant, as people still remember the show fondly today. Three’s Company could have been very different, but the one we have today is so beloved that the network seems to have made the right choice.