On today’s This Morning, Phillip Schofield and Holly Willoughby were back to converse over the latest news stories and topical discussions alongside guests including Stanley Johnson and Vanessa Feltz. However, the ITV show was thrown off the rails when the pair forgot a key item to one of the segments.

As This Morning returned from a commercial break, Holly and Phil were ready to welcome ITV viewers back.

Phillip reopened the show and said: “Welcome back, before the break we were discussing the man who was uh…”

At this point, Holly leapt into action and stormed off-caeca after forgetting a key piece of equipment: iPads.

Holly ran out of shot and exclaimed: “We’ve got no iPad, Phil!” 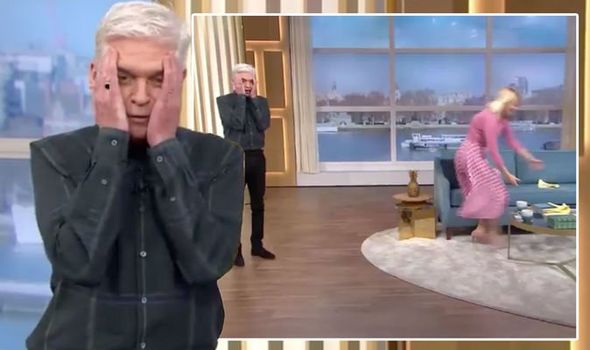 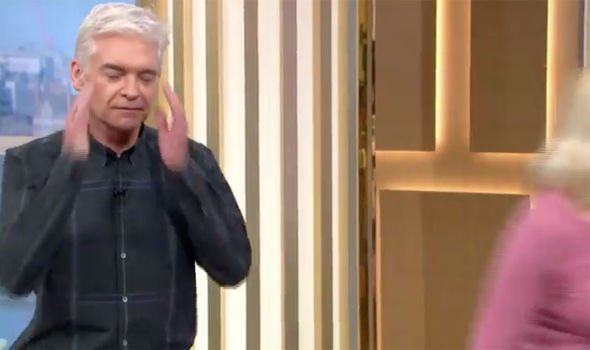 Her This Morning co-host was left clasping the sides of his face in embarrassment as Holly scurried across the set to retrieve them.

An exasperated Phil then said: “We are not on our game today.”

As Holly rushed back across the studios, she joked: “We had one job!”

The pair then shared a laugh before Phil revealed he had noticed the blunder beforehand but was too far into his introduction to address it. 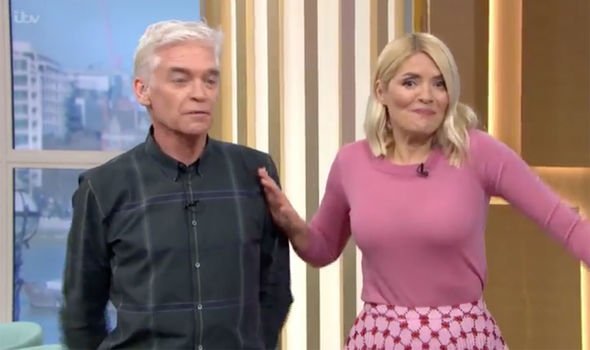 He said: “As I started saying that I thought ‘I’ve not got it in my hand’.”

After sharing a laugh, the pair laughed off the error and regained composure to discuss a viral tweet of a man who ate a Full English breakfast on the tube.

This wasn’t the first time the This Morning pair hit headlines today following a shocking call with a Spin to Win contestant.

Holly and Phil rang the number of the lucky winner to see if they had the password to the game but were left stunned by what he said next.

The caller, named Rhodri, revealed he was a doctor who was actually at work at the time of the call.

Phil had firstly asked: “Why did it take you so long to answer the phone?”

Rhodri rather calmly replied: “Because I’m a doctor working on the wards in Cardiff.”

Holly was left bemused, however, as she pondered how he would’ve known to answer the phone with the password without watching the show.

She quizzed Rhodri: “Did you just take a chance and pick up the phone and say the password? Because obviously you’re not watching it.”

To which Rhodri responded: “No, I’m with a patient. I just walked out.”

Holly and Phil were both aghast by the caller’s admission before hurrying through the competition so he could return to work.

This Morning continues every weekday at 10am on ITV.