'This Is Us': All of the Actors Who Portrayed Jack Pearson on the NBC Drama From Milo Ventimiglia to Darren Barnet

NBC’s tearjerker This Is Us came to its inevitably dramatic conclusion on February 1, 2022. After six generation-spanning seasons of storytelling, the hit primetime drama is arriving at its natural conclusion. While six seasons is on the short side for a blockbuster network drama these days, fans can find solace in the fact that it was written as a feature film originally.

Still, six years might not be enough for anyone who’s delved deep into these nuanced characters. They go beyond any single actor, given how many years the story covers. Jack Pearson, memorably anchored by Milo Ventimiglia, is the Pearson family patriarch in the series. But it wasn’t just his performance that made the character so special to fans of the show.

Pearson exists in a strange — arguably innovative — place in the narrative of This Is Us. The pilot kept the characters’ stories intentionally ambiguous, eventually unraveling to reveal the true premise of the show. It takes place in multiple timelines, telling the story of a family in two (and eventually three) distinct eras. And, shockingly, the present-day timeline reveals that the most instantly beloved character, Jack, is dead.

The show builds itself around Jack and the main actor to play him, Ventimiglia. It makes for a strange situation for the actor, who finds himself isolated from the other cast members despite serving as the most important character.

Ventimiglia makes up for that by watching every finished episode alongside co-star Mandy Moore. Still, it makes for a strange experience for the longtime TV actor, who came to fame on Gilmore Girls and was a fan-favorite on Heroes. But he can find solace in not being the only actor to step into Jack’s shoes.

Two other actors have inhabited Jack during different points of his life, Insider reports. Actor Darren Barnet played a teenage Jack back in the first season. Then, as another generation’s tale was weaved into the story, Joaquin Obradors played an even younger incarnation of the character.

It was a huge moment for Barnet, who made his acting debut as Jack, according to IMDb. The LA native has booked consistent TV work since. The 30-year-old is currently a lead cast member on the Netflix rom-com series Never Have I Ever.

Obradors stepped into Jack’s child-size shoes for 11 episodes total, during the latter half of the series, as IMDb reports. Like Barnet, this opened doors for the young actor. He has appeared on TV shows like Speechless and L.A.’s Finest in between recurring work on This Is Us. 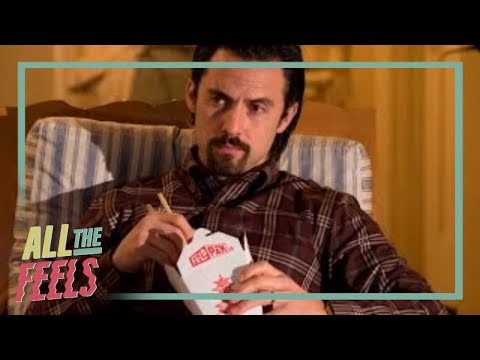 While Obradors has handled some of the heavy lifting in difficult This Is Us moments, Ventimiglia will be the one in the driver’s seat as the series comes to an end. The longtime TV drama actor comes to this turning point in his life with mixed feelings.

Ventimiglia found the scripts stressful to read and inhabit, often crying as he read them. He was stuck working separately from the other major cast members for much of the show’s run. But the Jack character clearly has great meaning to him. He told Variety it will be difficult to put in his final turn as the Pearson family patriarch.

His final take on the character is poignant. “I think Jack is just consistently there no matter what. He’s there in the kids’ behavior, he’s there in the kids’ actions, whether they’re talking about him or not,” Ventimiglia said. “And going toward the end, we saw Jack’s end, we’ll get to understand where the true Jack’s end is when we get there.”