There's a VERY racy sex joke in Disney's Aladdin – but did it go completely over your head?

CLASSIC Disney film Aladdin has lots of cheeky moments – most of them courtesy of the madcap Genie.

It's sequel, Aladdin and the King of Thieves, is no exception either, but some of the jokes may have gone over the heads of viewers when they were kids. 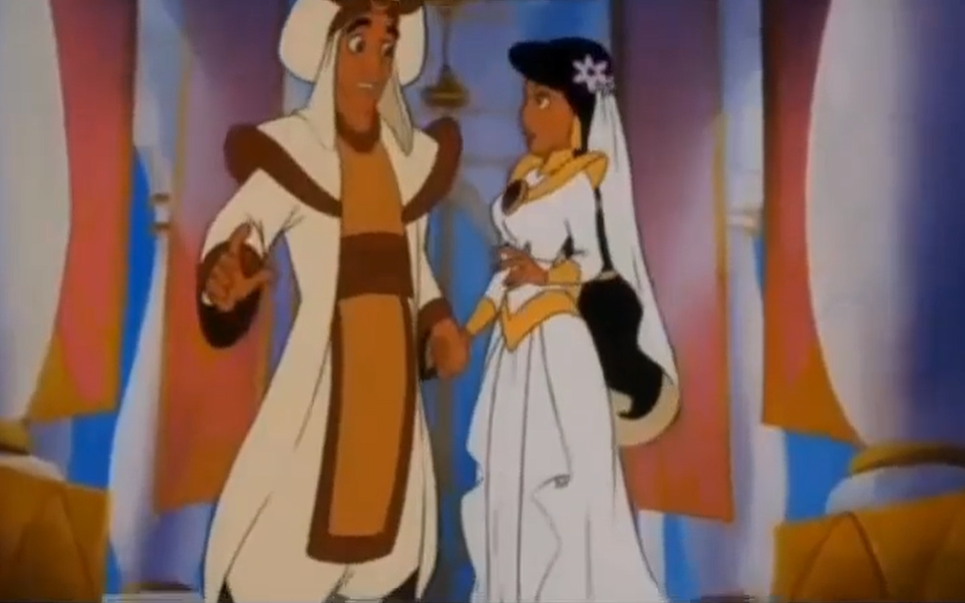 Now they are adults however, many have suddenly realised one joke was about sex.

The Genie, voiced by the late, great Robin Williams, helps Aladdin and Princess Jasmine prepare for their wedding.

However, before the big day, Aladdin reunites with his long lost father Cassim, who is obsessed with finding the Hand of Midas, which turns everything it touches to gold.

Chaos then ensues, and at one point, Aladdin and Jasmine are standing on top of an elephant when one of the villains jabs it in the rear with something sharp.

The animal shakes leaving Jasmine and Aladdin shocked, before the Genie quips: "I thought the earth wasn't supposed to move until the honeymoon?"

One fan wrote online: "I never caught this one as a kid. Only Robbin Williams could get away with a joke like that."

Another added: "I'm 30 years old and didn't know what this meant. I had to look this up."

A third shared: "Lol when I was little, I thought a honeymoon was just a nice peaceful time for a couple after their wedding, like, vacation time, and I thought Genie was planning something big for that time. Boy was I wrong."

The original Aladdin came out in 1992, while the first sequel, Return of Jafar was released in 1994, before Aladdin and the King of Thieves followed two years later in 1996.

It isn't the only rude moment in a Disney film though, as The Rescuers accidentally featured a topless lady, while The Little Mermaid had to remove a scene which looked like a character had got overexcited.

Aladdin and its sequels are available on Disney+.