The Young and the Restless rumor: Summer is pregnant ruining Philly's chance at happiness 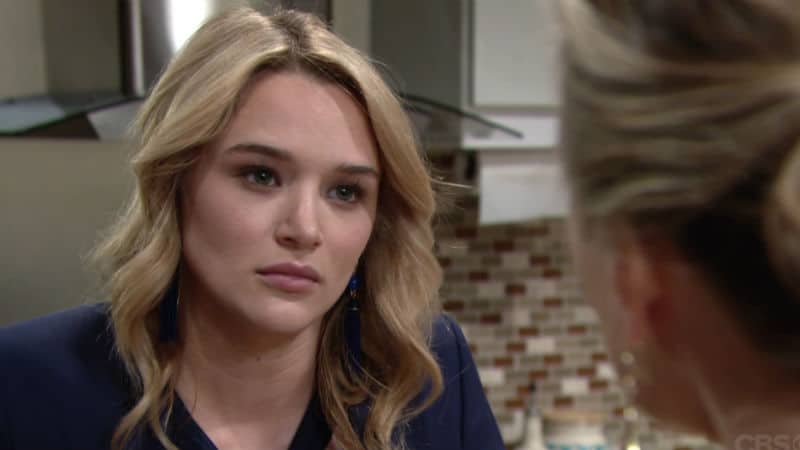 The Young and the Restless fans are divided about Silly’s night of revenge sex, and now, the speculation is hot and heavy that there will be a consequence for their passionate fling in about nine months or so!

The bombshell question regarding whether Billy (Jason Thompson) and Summer (Hunter King) should have slept together has given way to sizzling speculation that Summer is pregnant. It is entirely likely since that would amp up the soapy drama just about off the chart.

That would be poor Summer’s dream, to have finally snagged her own mom’s man right from under her nose! There’s only one complication, you can bank on when the gambling fool comes to his senses he will see the error of his ways and reject the blonde beauty.

At the moment, no one knows about their sordid one-nighter, and adding to the mystery is where in the heck is Billy? Everyone assumes he trotted off to rehab as he promised, but how likely is that?

What’s your favorite thing about #Philly? Tell us below! #YR

He was hurt to the core to find out that Phyllis (Gina Tognoni) betrayed him with Nick (Joshua Morrow) so don’t be surprised if he’s on an epic bender and renounces Summer upon his return. If he returns! There’s a wild rumor circulating that Jason Thompson may be leaving Y&R, but that remains to be seen.

Now, back to Summer and her possible bundle of joy. We can’t put it past her to lie and say she’s pregnant, right? She’s worked herself into a lather now that Kyle (Michael Mealor) and Lola (Sasha Calle) are sparking, and this is one diva who can’t stand not being the center of attention.

Expect a jaw-dropping announcement either way, once Billy returns broke and bent to his loved ones. The only question now is, will Summer actually have a little Billy on the way, or will she drop a bombshell that’s sure to ruin Philly?

The Young and the Restless airs weekdays on CBS and in the evening on PopTV.