Henry Cavill discusses the character of Geralt in The Witcher

Fans of The Witcher were left on quite the cliffhanger after the second series wrapped with everything they thought they knew about the Netflix fantasy drama series turned on its head. The show is based on the works of Polish writer Andrzej Sapkowski and his Witcher short stories and novels following the title character Geralt of Rivia (played by Henry Cavill) as the mutant monster hunter. Season three has now wrapped up filming with the cast and crew confirming all the footage had been shot for the forthcoming outing.

WARNING: This article contains spoilers from The Witcher seasons 1 and 2 and the Witcher novels

Speaking recently about the new series, Graham McTavish who was filming at the time of the interview, said the shoot was going “really great” on the new series.

He went on to praise British star Cavil, describing him as “a lovely man”.

McTavish went on to say: “He reminds me of [Outlander co-star] Sam [Heughan], actually without the sadistic streak. 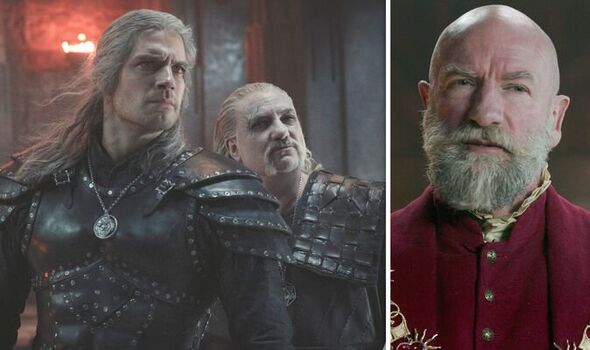 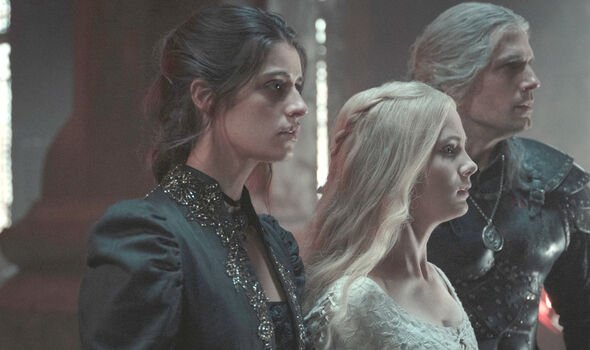 Teasing the next instalment, he said: “Some spectacular stuff that happens and also a great sense of humour.”

The Scottish actor, 61, plays spymaster Sigismund Dijkstra in the show, and will be working closely with antagonist King Vizimir (Ed Birch) to take Cintra and in doing so become the most powerful kingdom the Continent.

Dijkstra was previously using elf Dara (Wilson Radjou-Pujalte) to gather information before he lost heart and decided to stop serving as an informant.

Even with Dara’s services no longer available, Dijkstra believed he simply needed to obtain Ciri (Frey Allan) in order for their plans for domination to succeed. 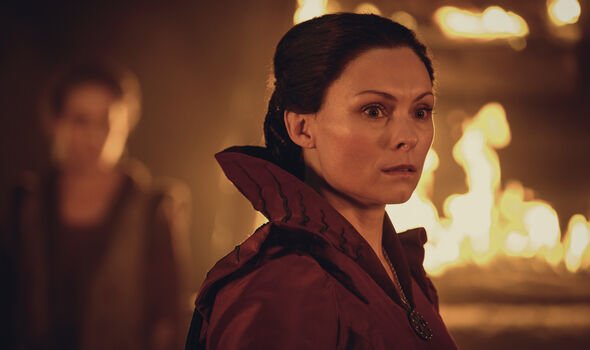 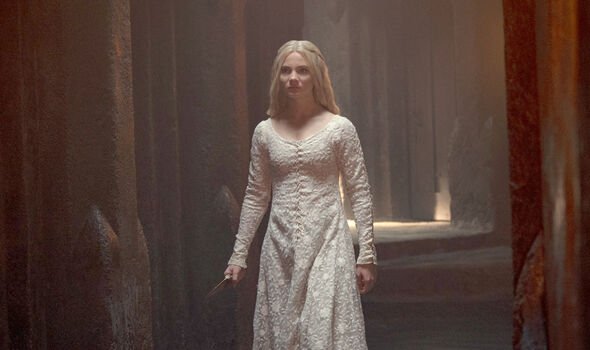 McTavish has starred in many fantasy films and TV shows, including The Hobbit film trilogy, Lucifer, Outlander, and House of the Dragon.

He said about the genre: “I’ve been very lucky to be involved in these kind of things.” He described The Witcher as a “big fantasy experience”.

The actor explained: “One of the things that I think characterises all of them is the humour of the people involved, which is terribly important because there’s always a danger with these kind of shows that they can become a bit too reverent, precious.

“But if you have a group of people working on them that actually have a sense of humour, that helps a lot because you have to make them real.

“Because the fact that you inhabit a world where dragons exist doesn’t take away from the fact that they are human – mainly human.”

Season three is going to be adapting material from Sapkowski’s book The Time of Contempt as Geralt, Yennefer of Vengerberg (Anya Chalotra) and Ciri travel to Aretuza only to face foes and be separated again.

As season two revealed, Ciri’s father Emhyr var Emreis or ‘The White Flame’ (Bart Edwards) was alive and had his own plans for finding his daughter for his own sinister ends.

In The Witcher novels, Emhyr wishes to find Ciri, so he can have her unparalleled powers but also he wished to marry and impregnate her.

By having a son with Ciri, Emhyr believed he would fulfil an ancient prophecy which meant her child would allow him to rule as he chose.

So, this plan could become apparent in the third outing as Emhyr is likely to show himself to his daughter.

Netflix has yet to confirm a release date for season three but given the shoot only finished on September 9, there could be a wait while post-production gets underway and the all-important special effects are added in.

Fans could be looking at a release date of late 2023 with seasons one and two coming out in December 2019 and December 2021 respectively.

In the meantime, it looks like The Witcher: Blood Origin is expected to be released at some point in 2022.

The show is set in an elven world 1,200 years before the events of The Witcher and follows seven outcasts who join forces to take on a shared foe.

Their quest will lead to the former of the first Witcher and cause the conjunction of the spheres, when the worlds of men, monsters, elves, and all things become one.

The Witcher season 3 is in production