The Walking Dead: World Beyond is set 10 years after the apocalypse and the series follows a group of teenagers who are coaxed out of their university campus. The series features the Civic Republic Military, and lieutenant Elizabeth Kublek (played by Julia Ormond) has led the group astray. Hope actress Alexa Mansour and Elton actor Nicolas Cantu spoke exclusively to Express.co.uk and other media about how they prepared for their roles.

How did Hope and Elton actors prepare for their roles?

The Walking Dead: World Beyond made its debut on AMC and Prime Video at the start of October 2020 and fans were keen to see how it fared in comparison to the original series.

Fans agree the spin-off has potential as the group of teenagers give insight into the post-apocalyptic world through a new set of eyes.

So far viewers have seen Hope and Iris (Aliyah Royale) leave the safety of their university campus along with Elton and Silas (Hal Cumpston) in order to track down their father.

However, it seems they may have walked right into danger as Elizbeth gave them a map showing a seemingly incorrect location for where their father was.

As soon as the teens had left the campus, Elizabeth and her men killed everyone within the grounds, so she is definitely up to no good.

So far Hope and her friends have managed to stay safe, but they could easily walk into a trap, and fans are keen to find out what happens to them next. 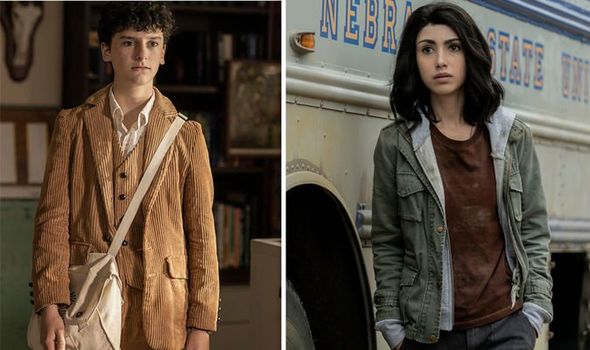 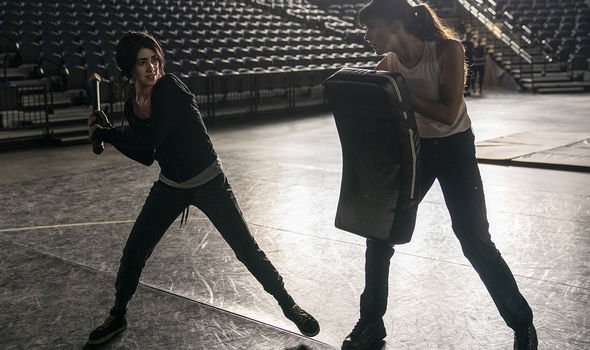 Actress Mansour, who is also a singer and pianist, said she used music as a way to prepare for her role as the disillusioned and sceptical teenager.

She said: “Hope definitely had to cry a lot in a lot of scenes so I listened to a lot of sad music. As the season goes on she doesn’t really smile very much.”

Mansour, who has previously starred in Madam Secretary and Seal Team, said Hope was a lot like her little sister and she would study her sister’s behaviour and reactions in order to create Hope’s personality.

She added: “As for the stunt training, I definitely wasn’t ready for that. I started running a bit.” Ahead of season two, she has taken up kickboxing, so fans are looking forward to seeing her in action.

She also said she had been watching teen shows like Riverdale in order to find out what makes them so popular, and she rewatched Scooby-Doo, comparing the group of teenagers to the Mystery Machine crew. 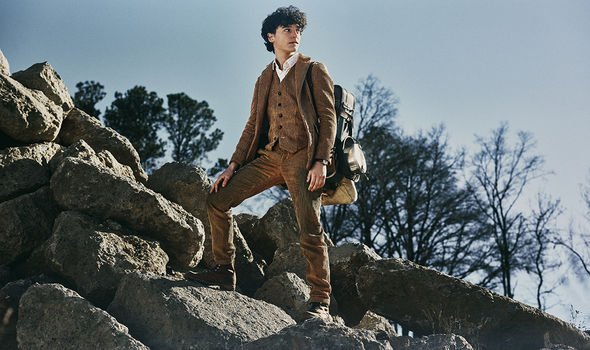 In the series Hope witnessed her mother die when the sky fell, and she has blamed herself for what happened for years to come.

She also believed she had killed Elton’s mother, as the gun she had been holding accidentally fired, causing the bullet to hit his mother.

Elton is yet to find out it was Hope who was involved in his mother’s death, so fans are keen to find out how he reacts to the news.

Speaking about how he prepared for the role of Elton, actor Cantu said: “I would listen to a lot of Talking Heads, it’s kind of an old soul.

“There’s a song called Nothing But Flowers and it paints a picture of an apocalyptic world. Our show is kind of about that.

“I got into the physical nature of Elton practising karate as he is a black belt in karate. I went to a dojo and trained for two months.” 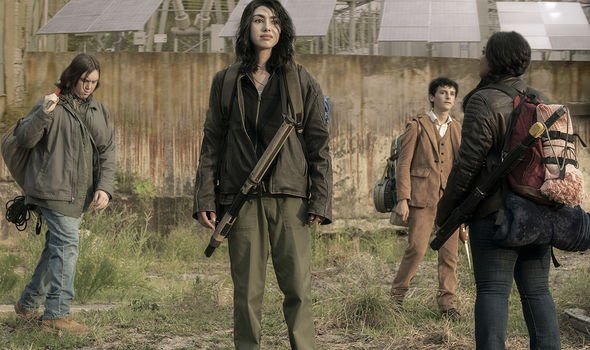 Texan-born Cantu decided he wanted to be an actor at the age of seven and he started off by featuring in national commercials.

After moving to LA he picked up more roles, including Prince James in the animated series Sofia the First.

His TV roles include The Good Place, Raven’s Home and Teachers. He is also known for his talent as a voice actor.

In an interview with AMC Mansour expanded on how she prepared for her roles and what she first thought of her character.

Mansour said: “She reminded me of a mixture of my little sister and I. My little sister is very mischievous. She doesn’t really listen to anybody or follow the rules. And I tend to err on the safe side of things. I think Hope likes to act like she’s all tough and cool, but she’s secretly super scared of everything and is not ready for the world.”

Whereas Cantu described his character as being old before his time, and he was forced to grow up very quickly following the death of his mother.

He has a fascination with the science behind the apocalypse and is more of a realist, convinced the latest generation since the end of the world would be wiped out eventually.

Fans have taken to social media to share their thoughts on the series so far, and in particular regarding Hope and Elton.

One fan said: “Just watched the second episode of #WorldBeyond Great episode again. Awesome acting from the talented Alexa Mansour. Such a bad***. Setting the tone for a really cool story.”

Another fan said: “I just finished watching World Beyond ep three and it’s actually growing on me: Silas and Elton are the best characters on the show so far, I’m still not interested in the two sisters’ storyline but the development in the last five minutes of the episode was very interesting.”

The Walking Dead: World Beyond airs weekly on AMC and Prime Video