The TVLine Performers of the Week: Sarah and Tamara Podemski

THE PERFORMER | Sarah and Tamara Podemski

THE PERFORMANCE | This week, Reservation Dogs‘ cocktail of quirky comedy and piercing drama set the stage for a pair of real-life sisters to unleash an emotionally charged tale full of fun and feeling. Throughout the episode’s bacchanalian shenanigans, the actresses showcased how two Indigenous women who took very different paths in life both felt weighed down by societal pressures from their community.

When “the aunties” traveled to a raucous Indian Health Services conference, cousins Rita (played by Sarah Podemski) and Teenie (Tamara Podemski) are all about partying and helping each other “snag.” As the women perused ceramic sex toys and steamed their lady parts with herbal medicine, the actresses’ natural chemistry elevated the material. After downing booze and weed gummies, the ladies recreated a routine from their childhood, allowing the Podemskis to tear up the dance floor fully equipped with tight choreography and contagious smiles. But after a jump cut, we saw they were far too stoned to pull it all off, as they merely attempted (and failed) to moonwalk. This set piece alone could’ve earned them their rightful spot in this week’s column.

But there was so much more to dive into. As the group continued indulging, Sarah stole our hearts when Rita expressed a longing for the things she wished she accomplished in life but couldn’t due to her teenage pregnancy. When she suggested Teenie didn’t share the same struggles since she moved away and didn’t have kids, the drama flared up. The hurt and anger from being judged and outcast was strewn all over Tamara’s face. “You don’t know what I have to deal with,” she said. “None of you do.” Rita fired back, accusing her cousin of bailing on them after a loved one’s death. The grass was greener for them both and thanks to their portrayers, the women’s pain felt real and relatable.

Luckily, they reconciled their differences, bonding over their loneliness, jealousy and yearning to feel sexy again. It was a jam-packed half hour full of high highs, low lows and most importantly, two top-notch showings by a couple of incredibly versatile performers. 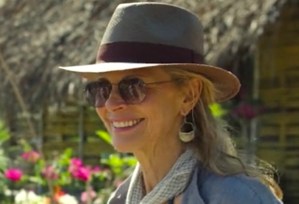 HONORABLE MENTION | Just look at that six-million dollar smile. The instant that Lindsay Wagner popped up on Paramount+’s Blood & Treasure, Viewers of a Certain Age were transported back 40something years, to a time when Jaime Sommers ran the world (or, at least ran 60 mph). Casting TV’s erstwhile Bionic Woman as Patrick McNamara’s onetime partner in Air America adventures invited viewers to love “The Marshal” from go, and thus welcome her support with Danny and Lexi’s latest lark. Wagner imbued her Dani Kowalski with an unquestionable savvy and an appetite for derring-do, while her warm chemistry with Mark Valley quickly sold us on their characters’ decades-old camaraderie. Her scene opposite Matt Barr near episode’s end — where Dani helped Danny understand who his father truly is and all that he did — served up an important character beat, and once the going got tough, she convincingly wielded a long gun against cartel goons! 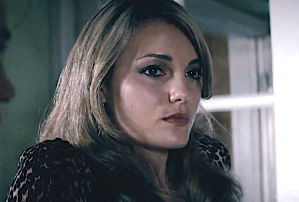 HONORABLE MENTION | Animal Kingdom handed Leila George big boots to fill when it cast her as the young version of Ellen Barkin’s Smurf in Season 4. And in Season 6’s — as well as the series’ — penultimate episode, George not only wore them like they’d always been hers, she used them to kick serious ass. After the erstwhile Janine learned that daughter Julia had been ripping her off, her portrayer went from cool and detached to vile and violent as Smurf kicked the thief to the curb. In subsequent scenes with son Pope and “son” Baz, George nailed the creepy, incestuous undertones of Smurf’s manner of manipulation. And when finally she shrugged off a 911 call about Julia, George turned so cold, just thinking about the moment gives us goosebumps.

Which performance(s) knocked your socks off this week? Tell us in Comments!