It can be difficult to watch The Sopranos on an empty stomach. Whether you’re watching Tony Soprano (James Gandolfini) in his office, walking into his kitchen at home, or joining the family at Sunday dinner, he’s never far from a plate of food.

Tony’s not alone, of course. When Carmela Soprano (Edie Falco) meets up with friends for lunch, they usually have an involved meal over at Vesuvio’s. And, whenever Bobby Baccala (Steve Schirripa) had a scene, the writers loved having him eat, too.

Considering actors usually do multiple takes of a scene, you might wonder how much The Sopranos cast actually ate on the job. According to Schirripa, who co-hosts the Talking Sopranos podcast, the answer is, a lot.

In fact, Schirripa said he ate multiple steaks while filming one particular scene as Bobby. And he noted that, no matter where they were filming, Sopranos cast members would really eat authentic, top-notch Italian food. 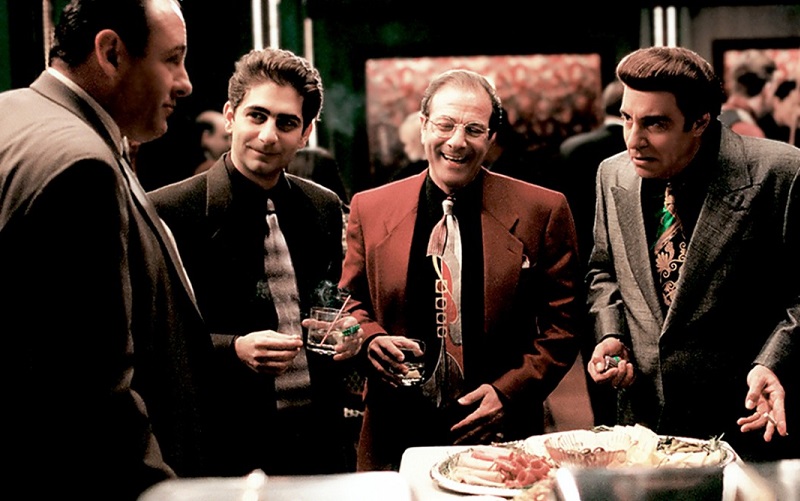 Though some productions couldn’t afford to stock every set with high-quality food appropriate to the story, HBO apparently spared no expense with Sopranos shoots. On the May 18 edition of Talking Sopranos, Schirripa discussed the subject in some detail.

“They always had great food on the set,” Schirripa said. “We made sure it was from a good Italian restaurant — the prop people were in charge of that. They didn’t just whip it up in the back. This came from legit, really good restaurants in Queens and the neighborhood.”

On the occasion The Sopranos shot in a particular restaurant, Schirripa said the cast would eat the in-house cuisine. Meanwhile, the cast and crew could tide themselves over with some of the usual on-set food. Once again, money was no object.

“Every day there was mozzarell’, provolone, soppressata,” Schirripa recalled. “Every single day there was Italian stuff on the set. They fed us well.” In a few cases, Schirripa said he was fed a little too well. 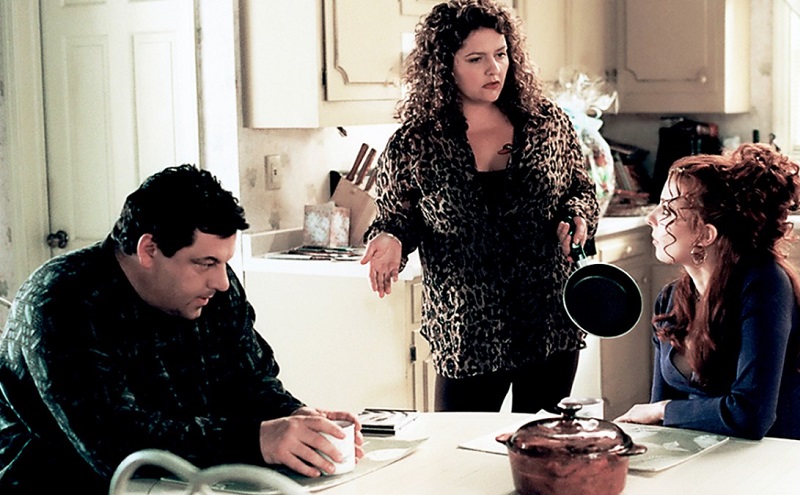 Naturally, the heavier Sopranos characters got more eating scenes than their skinnier counterparts. “They had me eating all the time on the show,” Schirripa recalled. And for one scene with Gandolfini, Schirripa said he ate more than his fair share of steak.

“The Quasimoto scene, the scene in a diner where I tell Tony, ‘Quasimoto predicted all this,’ I ate six ribeye steaks. I’m not kidding you. I wanted it to look real. And, you know, once you get caught up in [a scene] I couldn’t get out of it. So I ate six ribeyes; they were great.”

That wasn’t the only time Schirripa overindulged for a scene with Gandolfini. He recalled another where the two of them were at the house of Tony’s Uncle Junior (Dominic Chianese). “Bobby’s doing the cooking, and he makes chicken cacciatore with rice,” Schirripa said.

However, the scene lasted a bit longer than Schirripa probably expected. It seemed to remind him of the ribeye steak affair. “By 1 o’clock in the afternoon, I think I started clucking,” he said. “That’s how much chicken I ate.”