USA Network’s The Sinner season three arrived on Netflix in the UK recently with many viewers binging through the new episodes. The Sinner was originally a limited series based on the novel of the same name by Petra Hammesfahr. Season one came out in 2017 and became a huge hit, leading the show to become an anthology series connected by detective Harry Ambrose (played by Bill Pullman).

What did the final scene in The Sinner season 3 mean?

WARNING: This article contains spoilers from The Sinner season 3

Season three of The Sinner proved to be a gripping watch as Ambrose took on serial killer Jamie Burns (Matt Bomer).

The pair developed an unhealthy bond as Ambrose tried to snare the slippery schoolteacher, who had a penchant for the works of German philosopher Frederick Nietzsche and murder.

Ambrose attempted to befriend Jamie in order to extract a confession.

The aging police officer even resorted to being buried alive to gain his suspect’s trust before secretly recording him. 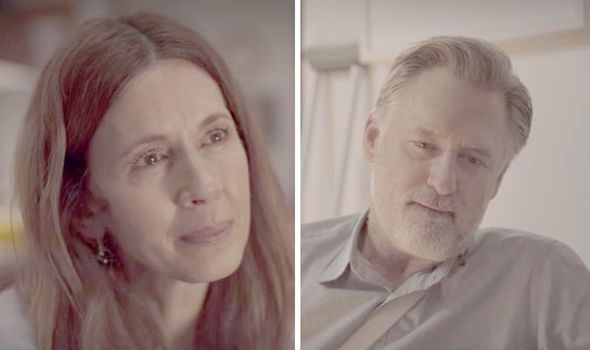 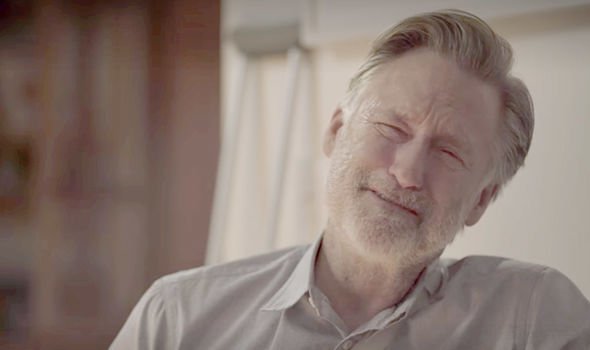 Ambrose ended up shooting Jamie dead and cradling the dying man in his arms.

As Jamie rightly pointed out, Ambrose didn’t have to kill him but chose to do so.

While his motivations for taking him out remained clouded, Ambrose appeared to have been irrevocably damaged by his dealings with Jamie. 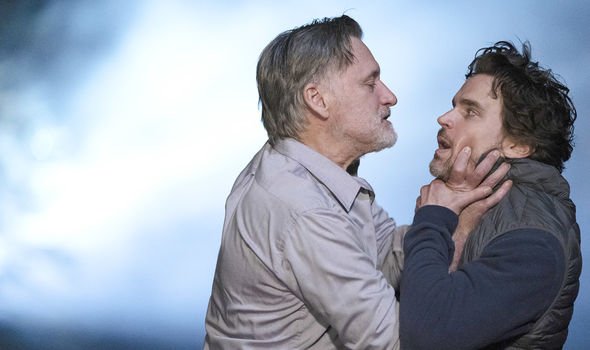 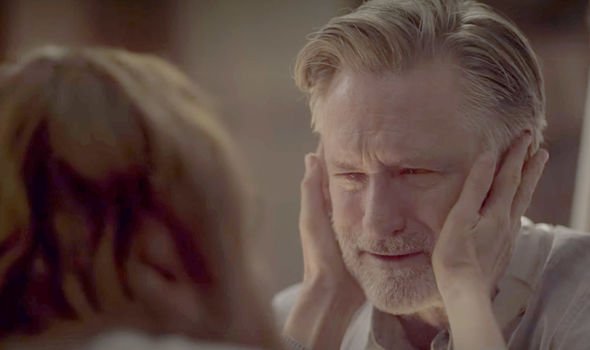 In the final scene, Ambrose broke down as he spoke to his girlfriend Sonya Barzel (Jessica Hecht), appearing to release the toll the case had taken on him.

Reflecting on why Ambrose started crying, star Pullman explained to the New York Times: “I think Ambrose has been aware of his own sense of dislocation from other people.

“He’s compelled to be more exposed about himself, yet he can’t.”

Pullman went on to say: “Harry’s also responding to how much fear Jamie has at the end.

DON’T MISS…
The Sinner season 3 ending explained: What happened at the end? [ANALYSIS]
The Sinner plot hole: Why didn’t Jamie get caught amid first attack? [INSIGHT]
The Sinner: Five shows to watch if you like The Sinner on Netflix [RECOMMENDATION]

“Jamie didn’t think that would be what he discovered on the edge.

“He didn’t go into some kind of state of serenity, the way Nick did when he was dying.

“So Harry is grieving for that bizarre condition of how we think we can make death something calming, but in the moment, we’re terrified.”

Pullman said Ambrose saw similarities between himself and Jamie, explaining how the nihilistic killer represented the detective’s “shadow self”.

He said the two characters both had a darkness within them, which couldn’t be “explained” or “corrected” but was simply part of their state of being.

However, the star said it was a form of “self-loathing” and a “dangerous” element within them both.

The final scene of season three is likely to be a watershed moment for Ambrose and going forward he will be changed by his experiences with Jamie.

The USA Network has already confirmed The Sinner has been renewed for season four, so Ambrose’s arc is likely to continue into the next outing.

Like the previous seasons, the fourth cycle will take on a fresh case but perhaps Ambrose will be taking a different approach next time.

Season three marked a shift of sorts. Previously, Ambrose dealt with a murder instigated by trauma but in the most recent run, the crime was perpetrated by something rooted deep within Jamie.

With Ambrose undergoing such a spiritual and psychological ordeal in season three, the next case could see him behaving differently having so close to the edge of the abyss.

The Sinner season 3 is streaming on Netflix UK now