The Simpsons is back with season 32 which is now airing in America on FOX. The latest series is expected to be released in the UK as well but a time frame for when this is going to happen hasn’t been announced but it could be in 2021. But when The Simpsons does return to Britain, it will most likely be shown on Disney+ or Sky One where the previous series have aired.

WARNING: This article contains spoilers from The Simpsons.

What happened to The Simpsons’ pet cat Snowball?

While Bart Simpson’s (voiced by Nancy Cartwright) dog Santa’s Little Helper had more storylines in the show, he wasn’t the only pet around.

Lisa Simpson (Yeardley Smith) also had cat Snowball who was originally white but in a framed photograph of her pet, she is seen as black.

Sadly, she didn’t last too long in the show as Snowball was killed when she was run over by a Chrysler.

The comedy revealed Snowball I had been killed by Clovis Quimby, the drunken brother of Mayor Quimby (Dan Castellaneta).

Snowball I is buried at Springfield Pet Cemetery which is next to Antonio’s Ice Palace. 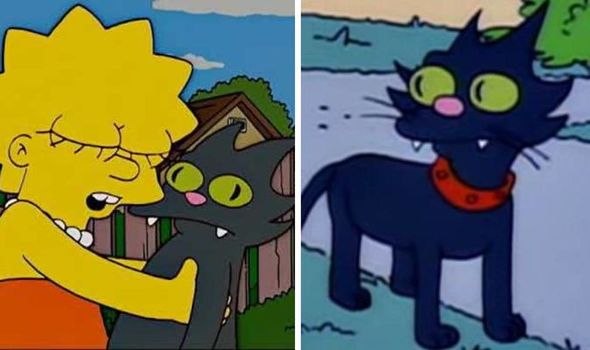 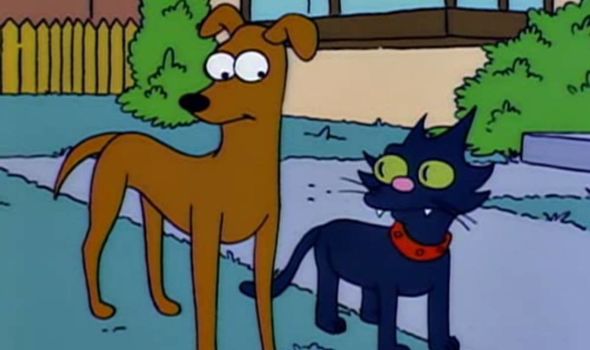 Lisa later got herself another cat which looked exactly the same as her first and named it Snowball II.

Once again though, Lisa’s cat was killed but this time by Dr Hibbert (Harry Shearer) while he was driving his Mercedes-Benz G500.

Mother Marge Simpson (Julia Kavner) purchased another cat to cheer Lisa up and this one was called Snowball III.

However, the third feline suffered a similar fate to her predecessors. 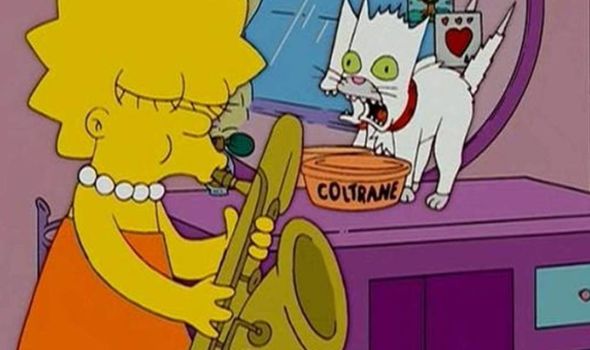 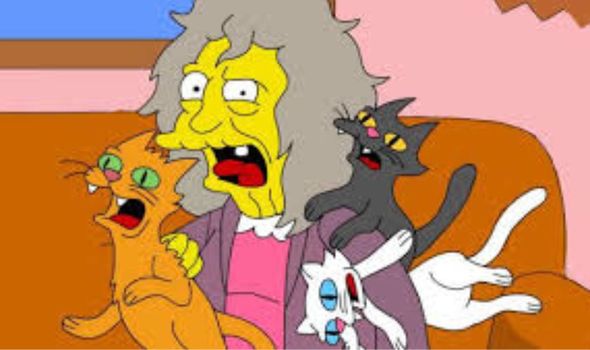 Snowball III died by drowning after he tried to catch a goldfish in the aquarium.

This happened while Lisa was in the kitchen preparing his cat food for the first time.

Lisa was once again left heartbroken but was given another cat which was named Coltrane but was soon referred to as Snowball IV.

This didn’t end well either though as Coltrane/Snowball IV was spooked when Lisa started playing the saxophone and jumped out of the window.

Clearly disappointed in herself for not being able to look after pets, Lisa was ready to give up on having an animal in her life.

This is until Crazy Cat Lady randomly hands her one of her many feline friends.

While she was initially reluctant to take it on, Lisa saw how this particular cat looked just like her first-ever pet Snowball I.

So Lisa decided to keep it and name it Snowball V, after her previous four deceased pets.

Snowball V has survived the longest in The Simpson household and is still alive today.

Despite the cats not having the best of luck under the care of Lisa, the family has welcomed an abundance of animals into their home over the years.

These have included Princess the pony, Bolivian Tree Lizards Chirpy Boy and Bart Junior, Strangles the snake, Nibbles the hamster Laddie the dog, Pinchy the lobster and Mojo the helper monkey.

One of the most memorable animals though is Plopper the pig who stars in The Simpsons Movie.

The Simspons is available to watch on All4, Sky One and Disney+.